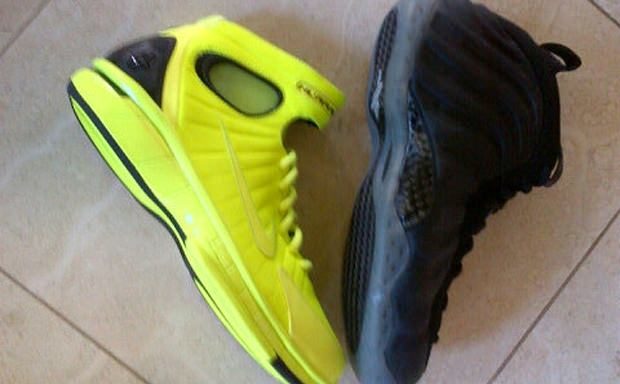 Could this be one of the four Foamposites set to drop later this year? Recently, Gentry Humphrey revealed an image of what he referred to as the “Stealth” Nike Air Foamposite One via Twitter (the image also includes a never-before-seen colorway of the Nike Air Zoom Huarache 2K4). It seems to simply feature a subtle, all-black upper, which is reminiscent of the all-black Foams that released in 2007. Earlier this week, rumors about this shoe stated that it would drop during the holiday season of 2012, but stay tuned to Nice Kicks for official release information. If this shoe were to release, does it take priority over the upcoming metallic silver/crimson pair on your must-have list?