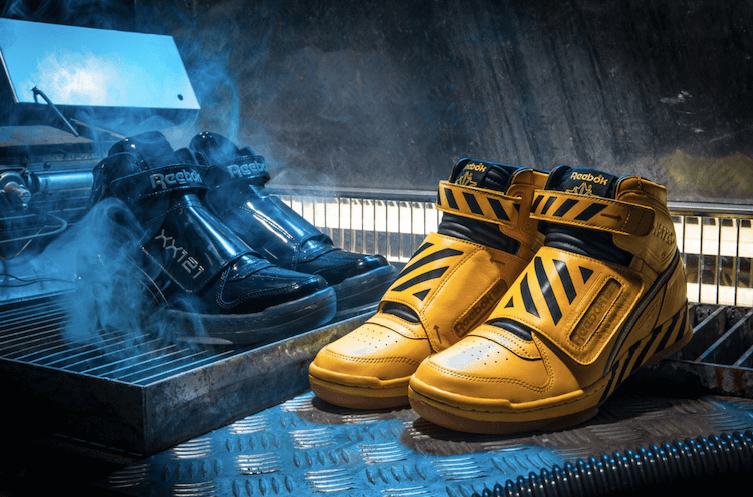 Inspired by the final battle scene in the 1986 classic film Aliens and in celebration of Alien Day on April 26th (named in honor of the LV-426 colonial moon from the movie), Reebok has unveiled the Alien Stomper “Final Battle” Pack. The sneaker two-pack includes two different colorways of the Alien Stomper to signify the battle between Ripely and the Xenomorph Queen.

The yellow and black striped colorway is an homage to Ripley’s Powerloader robotic cargo suit while the black patent leather/toxic green pair is inspired by the Xenomorph Queen’s glossy exoskeleton. If that isn’t enough intricate details for you, the unisex-sized shoes are packaged in an elaborate box, which has tons of unique references to the film.

To truly honor Aliens, the Reebok Alien Stomper “Final Battle” Pack will be released for $325 on July 18, 2017, which is the same day the film was released thirty-one years ago.