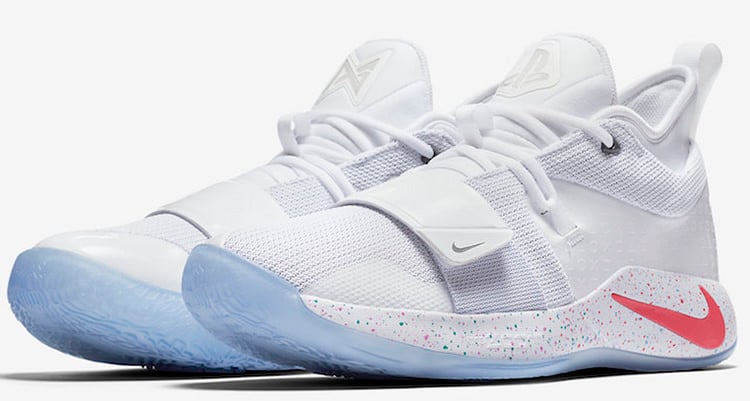 Gaming console PlayStation and Nike aren’t quite done just yet. Following an assortment of styles highlighted by Paul George’s signature line, a white edition of the PG 2.5 is now expected to release soon given official images.

The nuance of this new colorway is palpable given the many call backs to the elder PlayStation legacy. With its logo at the tongue opposite George’s, the same combination can be found at each insole in conjunction with George’s name written across the heel in old PlayStation font.