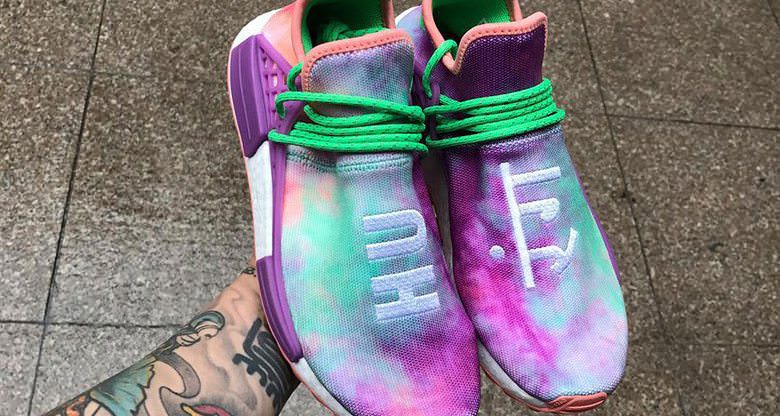 Pharrell’s adidas NMD Hu Trail is undeniably a great standalone shoe for the three stripes. It is, of course, a variation of the NMD proper, yet one with sentiment and aesthetics inspired by its namesake collaborator. This March, the shoe will release in a budding colorway inspired by India’s Holi festival.

Holi, better stated as “the festival of colors,” stands as the guiding force for this tie-dye inspired NMD Hu Trail. Implementing the thought that the shoe was worn at the festival, a wide array of colors bleed across the shoe’s upper while embroidered text in both English and Hindi fortify each shoe.

This Pharrell x adidas NMD Hu Trail is expected to release on March 2 in conjunction with the start of Holi. Retail pricing is set at $250.