To face off against the Washington Wizards on Thursday, the Oklahoma City broke out their new Nike “City” jerseys. Wanting to match the jerseys, Paul George laced up a new PE iteration of his Nike PG1.

Dubbed the Nike PG1 “City,” this version of George’s signature sneaker sported a similar colorway to the Thunder’s “City” jerseys as it features a black, grey, orange and blue color scheme. The midfoot strap with Thunder blue and orange provide a nice pop of color. George’s signature branding on the tongue completes the look.

While wearing the Nike PG1 “City,” George scored 18 points and dished out four assists in the Thunder’s 121-112 win over the Wizards.

Back Like It Never Left…. @ygtrece debuts the Nike PG1 “City” Edition PE ??? 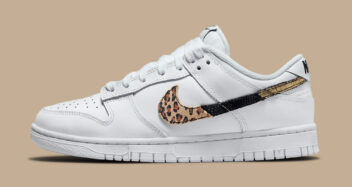