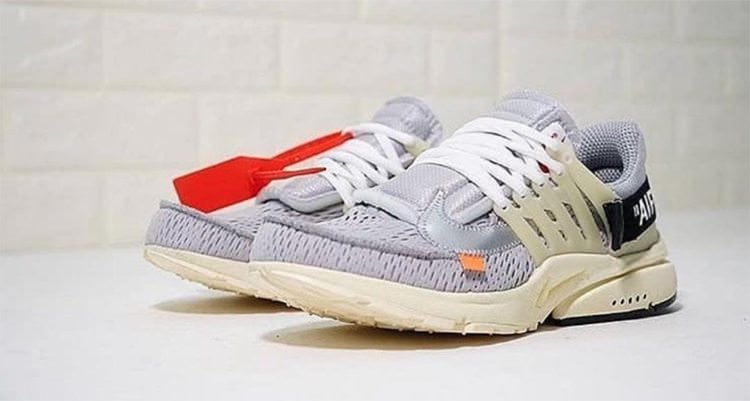 The second installment to Virgil Abloh’s “The Ten” was revealed last month where the Air Presto was concerned, largely considered the second best release of the collection behind the Air Jordan 1. The “Polar Opposites” pack showcased black and white renderings of the celebrated Abloh collaboration, lending further credence to the shoe’s high-ranking amongst those included in the collection.

In addition to that aforementioned offering, a grey iteration of Abloh’s design excitedly emerges today. Release details surrounding this shoe is scarce as one might imagine, yet the very indication of more Virgil Prestos is something to be celebrated. Keep it locked to Nice Kicks for more on this upcoming OFF WHITE x Nike Presto.