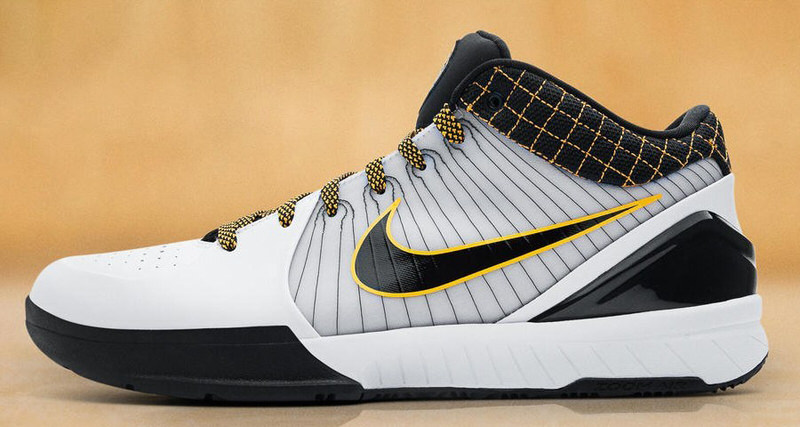 Today, its updated iteration – the Nike Zoom Kobe IV Protro – is set to return in another OG colorway.

Worn by Kobe Bryant when he was selling ankle insurance with the Swoosh, this sunny take on his hometeam colorway ditched purple for a very varsity feel.

The “Del Sol” theme would live on through many a Kobe signature, appearing in famed fashion on the Kobe V, Kobe VI and Kobe VII to name a few.

In addition, it’s also been seen in a similar fashion on early Black Mamba Nikes.

As our friends at Kenlu were sharp enough to point out, Kobe wore this shoe famously off court, too.

Yup, he laced the White/Del Sol 4s at his first post-Shaq championship parade back in ’09 when the Lakers took down the Magic.

Sticking to the script, this Protro sees color blocking identical to that of the OG.

Look for the Nike Zoom Kobe IV Protro “Del Sol” to launch on May 24th on SNKRS.

Peep studio shots of the upcoming release below.