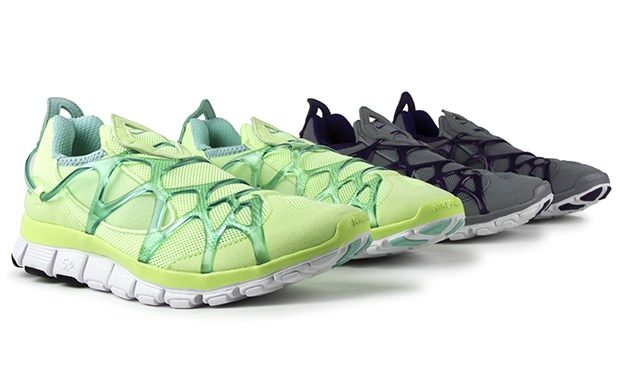 The Nike WMNS Free Kukini makes its way to retailers this summer in a rainbow assortment of color schemes. Two of the brightest offerings can be seen below, featuring Liquid Lime and Stealth Grey mainstays. The shoe is essentially the same as the original that released during the beginning of the millenium, with slight variations in the Nike Free infused sole unit. Grab your pair right now at the Nice Kicks Store or by phone (512.320.8100).