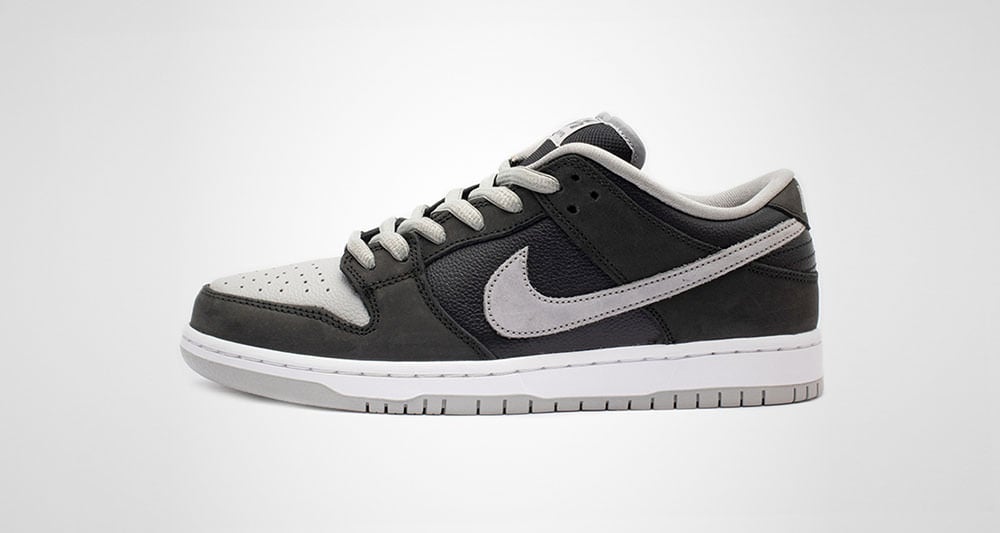 UPDATE: The Shadow Grey SB Dunks popped up and sold out at a few European spots including 43einhalb in Germany, but are expected to hit more stores in Europe and the US very soon. Keep your eyes peeled for this release.

Before Nike SB launched, the Nike Dunk was used to pay respect to the greatest. The first came in 2000 in a Black/Red Dunk High that was properly nicknamed the “Jordan Dunks” by many sneakerheads. The Footaction Exclusives were ironically released prior to the Black/Red aka “Banned” Air Jordan 1 retro in 2001.

In 2005, Nike SB released its first Nike Dunk Low that paid tribute to Jordan with the J-Pack Dunk Low that sported a Black/Royal colorway giving a nod to another iconic OG colorway of the Air Jordan 1. Nearly a decade later, Nike SB followed up to this release with a high top version as well as a low top in the more memorable Black/Red colorway.

In 2019, Nike SB revisited the J-Pack concept again with Pine Green as well as Chartreuse colors hitting the black Dunk Low. A third OG colorway of the Air Jordan 1 is getting the J-Pack treatment with the Shadow Grey making its way to an upcoming Nike SB Dunk Low.