Say what you want, but the Nike Air Max LeBron 7 was the first King James signature that mattered to the masses.

Yes, the Air Zoom Generation was a dynamite debut. Yes, the Zoom LeBron IV brought back Foamposite. But no, neither pair mattered as much on the court and off the court at their time of drop as the LeBron 7. 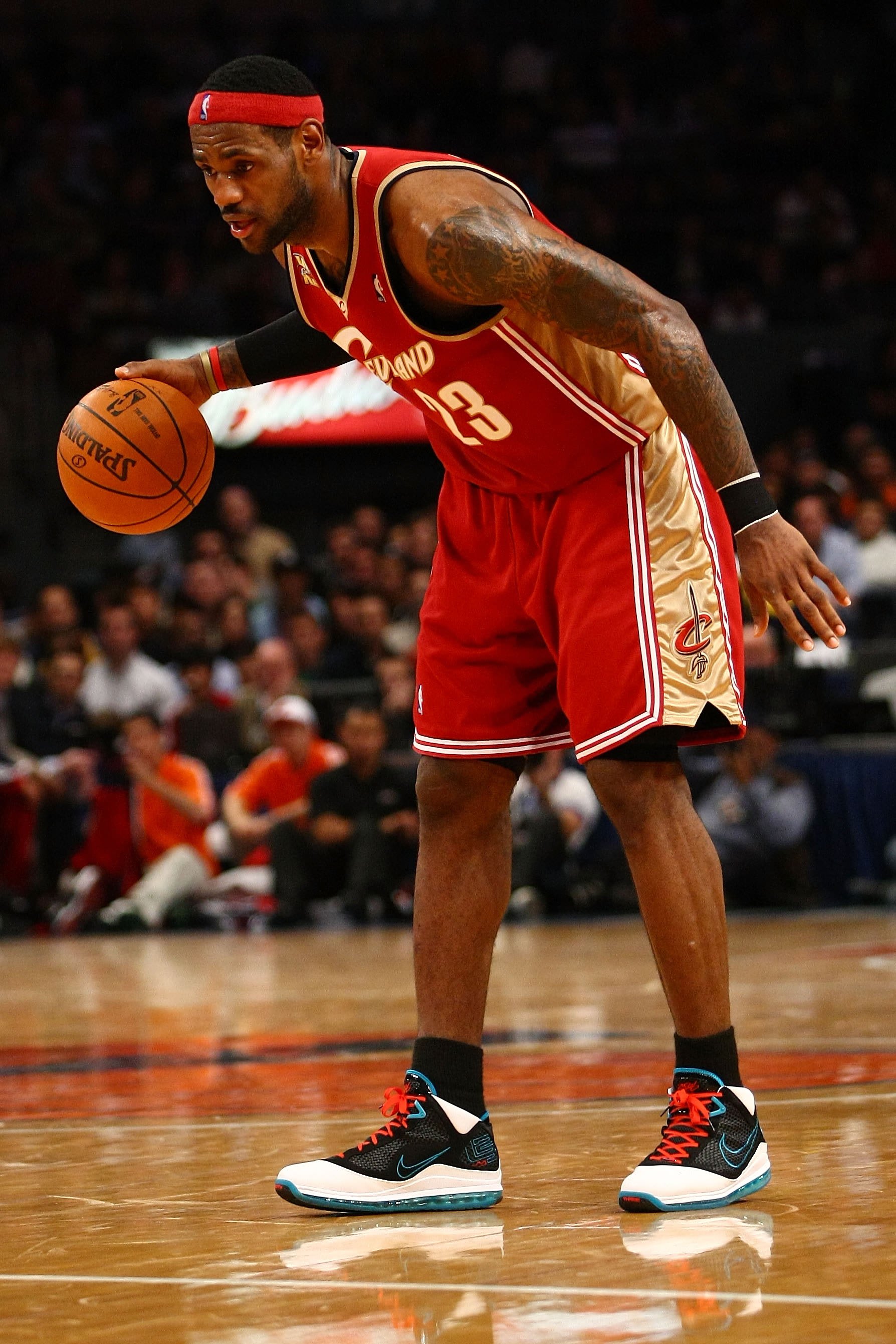 Making Air Max relevant in modern basketball for the first time in a decade, the LeBron 7 pushed visible Air back to the forefront of Nike as a whole. Funny as after all visible Air and signature basketball shoes are what made Nike the IT brand all along.

From a business standpoint, the LeBron 7 achieved its overarching goal of being relevant in game and with denim while its tech trickle down brought interest, awareness and price point affirmation to both Flywire and Visible Air. 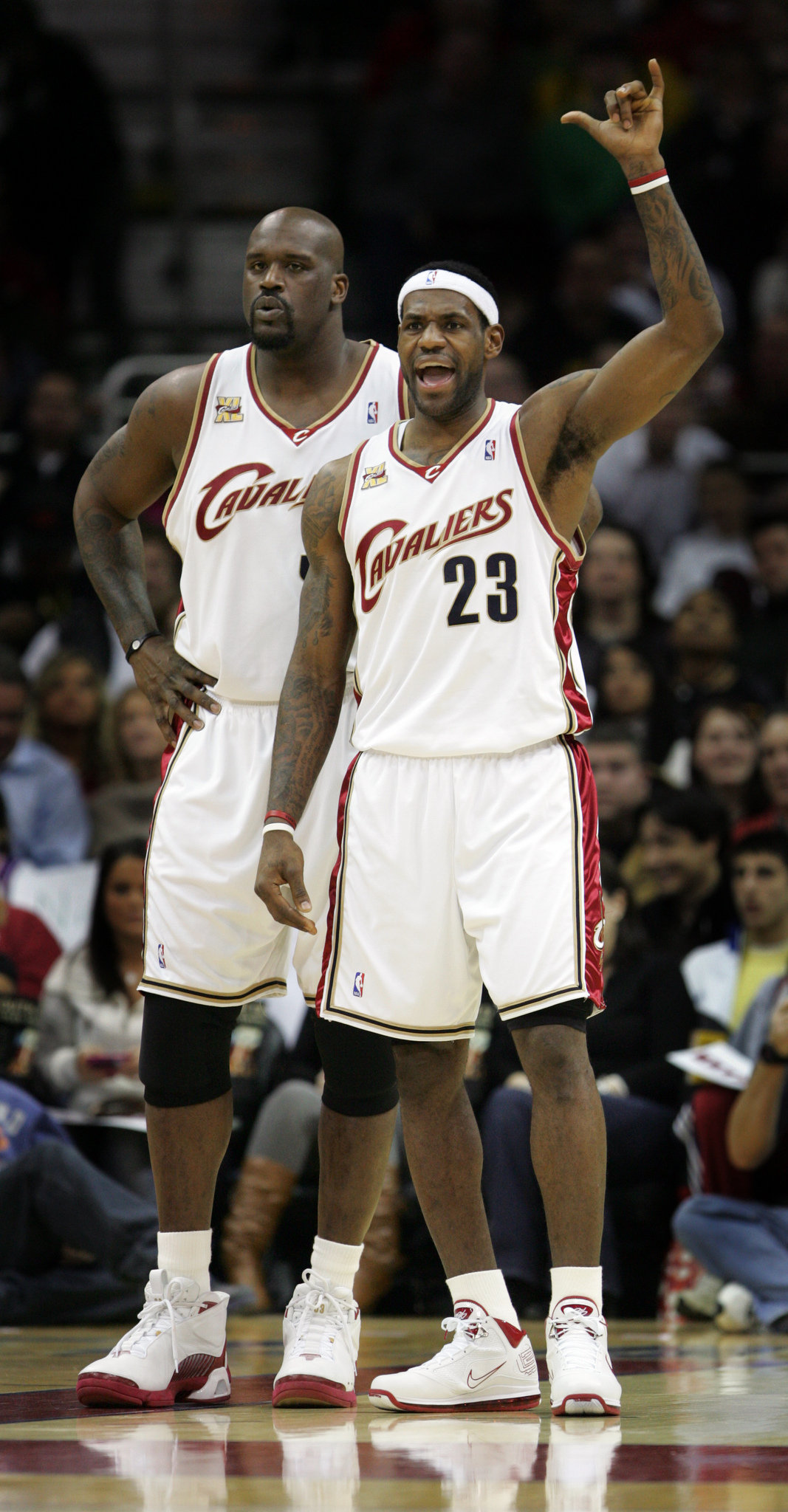 With news this week that the “Red Carpet” Air Max LeBron 7 will return this fall, we detail the shoe that made Air Max matter in a modern sense and brought Brons into the casual wear and collector space.

Peep the LeBron 7 colorways that both mattered most and that we want retroed most on the anniversary on the shoe’s OG launch.

+ While “South Beach” 8s took the LeBron line to a whole new level, the “Dunkman” theme is the longest lasting and most important LeBron theme not tied to a city or a team

+ Hitting its peak on the LeBron 7 when volt was becoming the it hue for Nike, these carried the LeBron line into a new space of cultural and casual steeze

+ The 2009-10 season saw few throwbacks off court but many on it. The Hardwood Classic LeBron 7s paid homage to the jerseys worn by Mark Price and Ron Harper

+ Super close in shade to that of the Knicks, these heated up expectations as LeBron approached free agency

+ The best part? The OG 11 herringbone pattern was printed on the outsole

+ Long before King James paid homage to Prime Time with the #LeBronWatch series, he did so with the Heroes Pack 7s

+ LeBron is most often compared to Mike, but Penny Hardaway was the athletic point-forward who changed the game before the King arrived

+ Inspired by the Air Penny Max 1, this shoe shined with blue Visible Air, Magic tones and a marbled Swoosh

+ Back to back before Aubrey made it a diss record, LeBron won his second straight MVP in the LeBron 7

+ Rather than riff off Cleveland’s somewhat hard to wear wine and cheese hues, LeBron and Nike went straight Chicago on the launch colorway of the LeBron 7

+ Jay Z is best known for his footwear ventures with Reebok and PUMA, however, he was gifted this very rare LeBron 7 by longtime friend DJ Clark Kent

+ Coinciding with his “Run This Town” call to wardrobe, King James was heavily associated with The Blueprint III rollout including a cameo in the “Death of Autotune” video. Clark, who discovered Jay Z, celebrated his friendship with Hov by creating this special pair

+ “China” colorways began on the Nike LeBron III, playing more so to the country colors of red and yellow

+ Flywire was the second biggest calling card on the LeBron 7, but a No Flywire pair offered a still suitable change of pace

+ Ditching the futuristic thread, this pair played with a similar aesthetic to that of the Air Jordan XV

+ It’s long assumed that LeBron would’ve gone to Ohio State had he taken the college route, but MAC school Akron was a dark horse

+ Showing love to his hometown college, this colorway couldn’t have hurt recruiting

+ From Lamar Odom to Sue Bird, CTK has produced some of the best hoopers NYC has sent to the NBA and WNBA

+ The wine and cheese Cavs colors don’t register worldwide like say Mike’s black and red or Kobe’s purple and gold. However, they show up big when amplified like this

+ Maybe these could return as an Ohio exclusive?

+ Diana Taurasi is in many ways the WNBA’s LeBron James

+ A student of the game with the tools to score and set up teammates, DT was gifted numerous LeBron PEs over her career to include NFW LeBron 7s

+ The LeBron 7 was a catalyst for Air Max, but it also helped bring his signature line back in the fold for a formal playoff proper

+ The LeBron 7 PS ditched the Solider line for postseason play, introducing a lighter, Zoom Air assisted version of the 7

+ Whether inspired by Derek Jeter or Jay Z, LeBron is a Yankees fan despite his Ohio roots

+ This celebratory colorway was both limited and lux, playing homage to the Bronx Bombers

+ Worn by dancing diaper dandy John Wall, the Kentucky LeBron 7 PE look like what Penny Hardaway would wear if he were still with the Magic

More Than a Game

+ LeBron’s More Than a Game doc gave King James more than just a start in film and the world a posse cut by Drake, Eminem, Kanye and Wayne

+ While Nike laced LeBron with laser-etched Christmas PEs for his rookie year against T-Mac, the LeBron 7 was the first “Christmas” colorway to release at retail in adult sizing

+ Baring a gradient fade and leather mudguard, this holiday colorway has become a vault favorite for current KOC stars

+ Electing cool grey bases rather than white, this orange take catered to Cuse and other schools college and high school of the same shade

+ The contrast on this pair was money, but were these all just made with Nike hoping he’d go to the Knicks?

+ Despite being very tech heavy, the LeBron 7 crossed over to casual wear with better embrace than any of his prior signatures