The anticipation for Space Jam 2 is growing day by day as The King continues to debut colorways that are inspired by the upcoming Hollywood film. From the Nike LeBron 17 Low “Tune Squad” to the Nike LeBron 17 “MonStars,” we’ve gotten a good preview of the heat that’s set to make its way to the big screen soon.

During the fourth quarter of the All-Star game in Chicago, LeBron James switched up by playing in a colorful iteration of the Nike LeBron 17 “MonStars” that is as bright as it can get. Inspired by Mr. Swackhammer, played by Danny DeVito in the OG film, the MonStars boss gets his own Nike LeBron 17 drenched in neon green, a crystal blue and tint of lavender.

The pair is set to release on SNKRS and select retailers on Feb. 19 for $225 USD. Take a closer look at the pair below, and let us know which Space Jam 2 inspired pair is your favorite thus far. 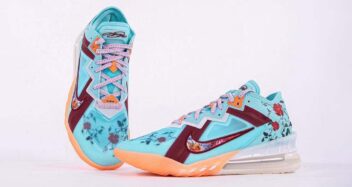 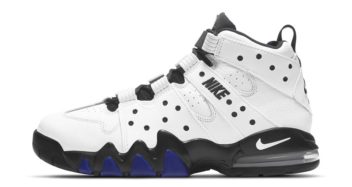