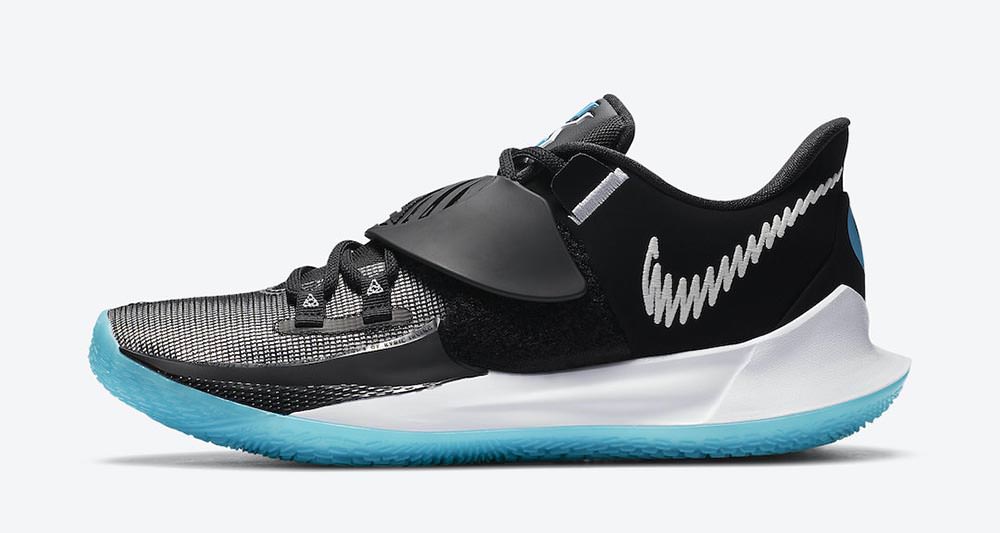 With the NBA season slowly resuming, it’s only natural that new on-court kicks are unveiled. As such, the Nike design team has tooled another Nike Kyrie Low 3 for future release.

This offering of the Kyrie Low 3  features a mix of materials and colors. The foundations of the sneaker are based around a black mesh upper and an icy blue translucent midsole. Black nubuck is also found on the heel-portions of the basketball performer. Additionally, the black mesh is supplemented by dashes of white, mainly noticeable on the Swoosh branding and on the heel portions of the midsole. Signature to Kyrie’s sneakers, a black strap is seen streaking across the mid-foot for added lock-down. Finally, the iconic Kyrie logo seen on the tongue infuses the sneaker’s primary colors together.

While there is no official release date set, expect this edition of the Nike Kyrie Low 3 to release in the near future.