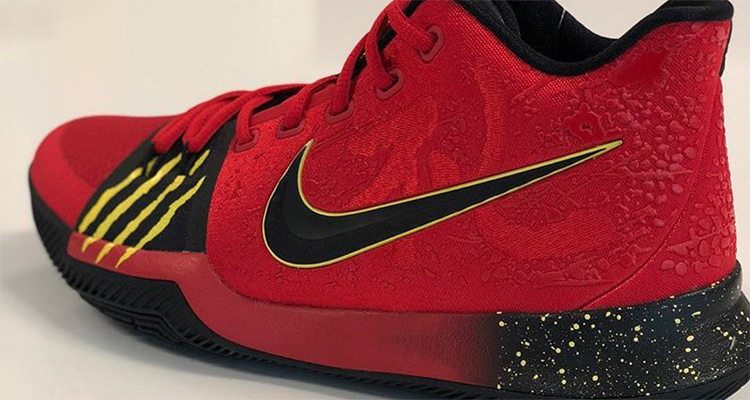 Kyrie Irving may be out for the remainder of his debut season with the Boston Celtics after having surgery on his knee, yet production hasn’t slowed on his signature sneaker collection with Nike. Looking back to last year’s Nike Kyrie 3, one of the standout colorways was an ode to Kobe Bryant and his love for Bruce Lee.

The sneaker was dubbed the “Mamba Mentality” Kyrie 3 and it directly took from Bryant’s Nike Zoom Kobe V “Bruce Lee.” Largely finished in yellow with red secondary coloring, the shoe remains one of the most sought after Kyrie 3’s to date. Today, though, Irving has revealed an opposing colorway dressed predominately in red with yellow contrasts. This alternative colorway doesn’t appear to be a retail release. Just a little something special Kyrie pulled out for Mamba Day.

My take on Mamba Day!! For the culture only…. ?? @kobebryant