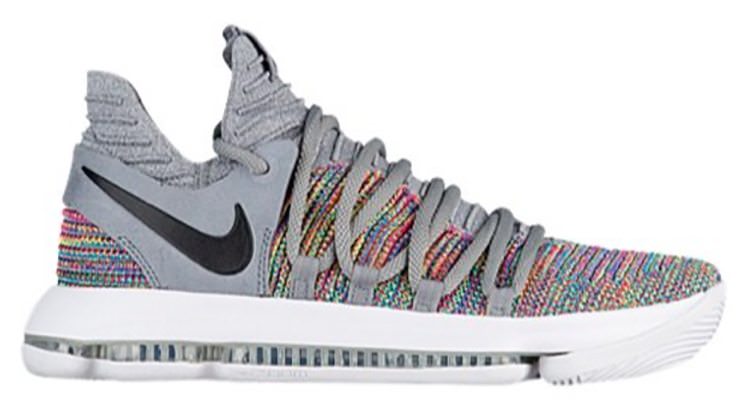 Alongside Colin Kaepernick, who was named GQ Magazine’s Citizen of the Year and starred in his own cover story, Kevin Durant has a cover, too, as the publication’s Champion of the Year. On said cover, KD dons a lush green velvet blazer with, of course, a Warriors tee underneath. His feet aren’t shown so we’re just going to assume he was wearing his Nike KDX.

Late yesterday the model previewed in an all but expected “Multicolor” edition. And while, sure, we anticipate most models these days will don this theme at one point or another, it’s still exciting to see the execution and the thought behind implementation on new silhouettes. This appears to be one of the lighter multi stylings, filling the Flyknit base with grey overlays that balance the vibrant palette.

No release date for the Nike KDX “Multicolor” is readily available. Keep it locked to Nice Kicks for more.