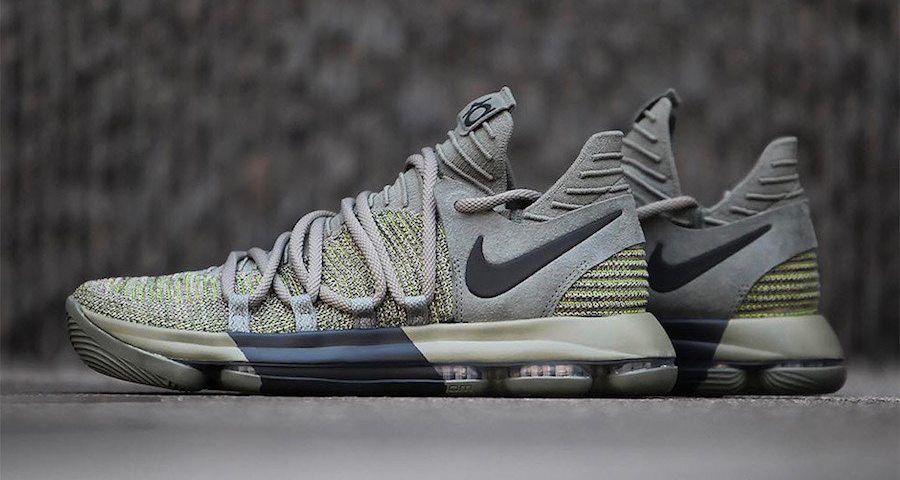 Kevin Durant is off to a quick start to the 2017-18 NBA season. Coming off of his first championship and Finals MVP haul, KD is beyond motivated and has a clear understanding of his seamless dominance. To that end, he’s been stellar in the Nike KDX. And with no reveal timetable for his eleventh shoe in sight, new styles of the current model continue to mount on the release calendar.

Seen here in “Dark Stucco,” a popular fall hue in the Swoosh arsenal, the Flyknit constructed model is riddled in muted shades like grey and neutral blue that allow the model’s many nuances to shine through.

Look for the Nike KDX “Dark Stucco” on November 11 at select Nike retailers.