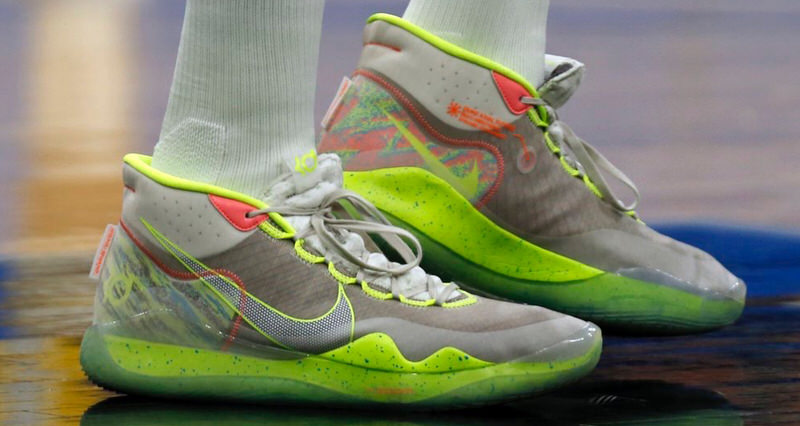 Looking to three-peat in Oracle, Kevin Durant just might have his playoff shoe.

Seen for the first time today is the Nike KD 12. 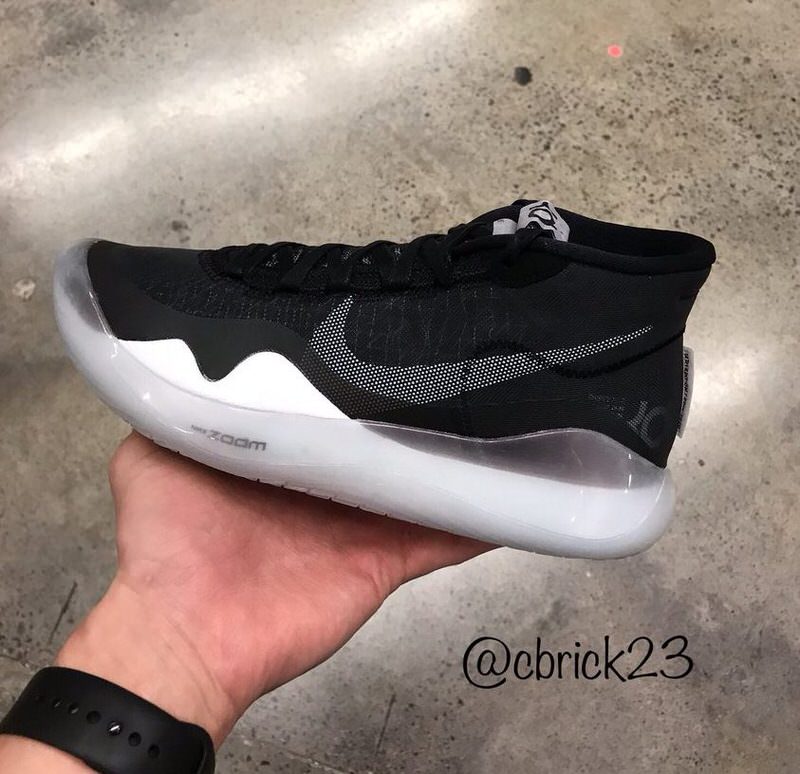 Based in a Black/Pure Platinum-White colorway with icy accents similar to the Adapt BB, this newly tooled KD signature sees Zoom Air tagging caged under a protruding and translucent outsole with new Flyknit technology also debuted.

While one would assume longtime Nike KD designer Leo Chang worked on this shoe, the aesthetic appears both wavier and edgier than recent launches from his signature series. One has to also wonder if REACT foam was carried over from the KD11. 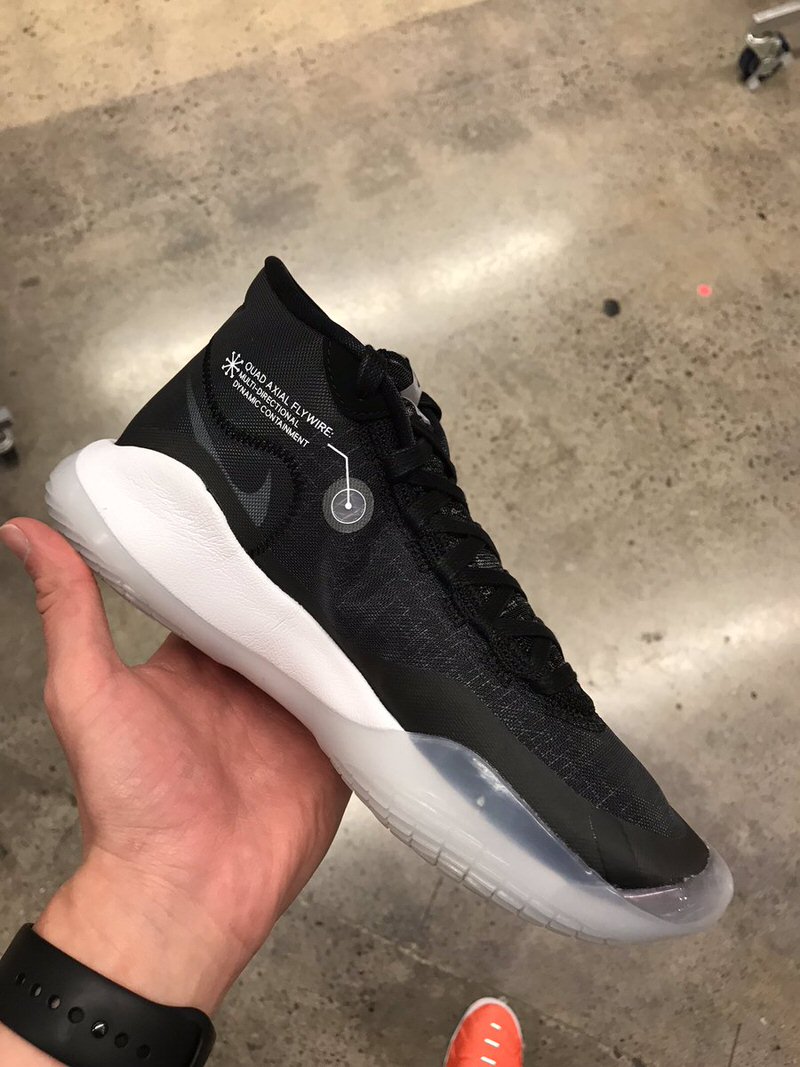 While the Adapt BB referencing pair is seen first, perhaps an energy take will lead the charge?

As for colorways, it was disclosed on KD’s The Boardroom series on ESPN+ that Don C will be involved in the storytelling on the KD 12. At this point in time we’re still waiting for details. 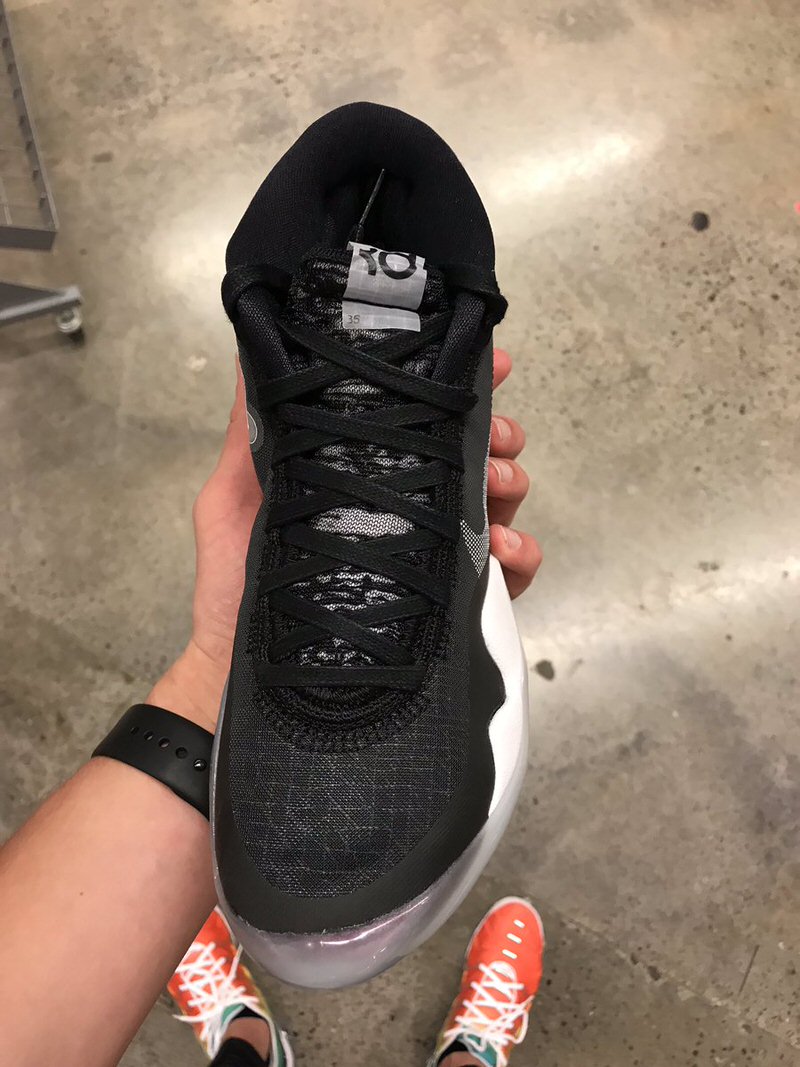 Likely launching around the NBA Finals and apparently retailing for $150, peep our first look at the Nike Zoom KD 12 above and below thanks to @cbrick23. 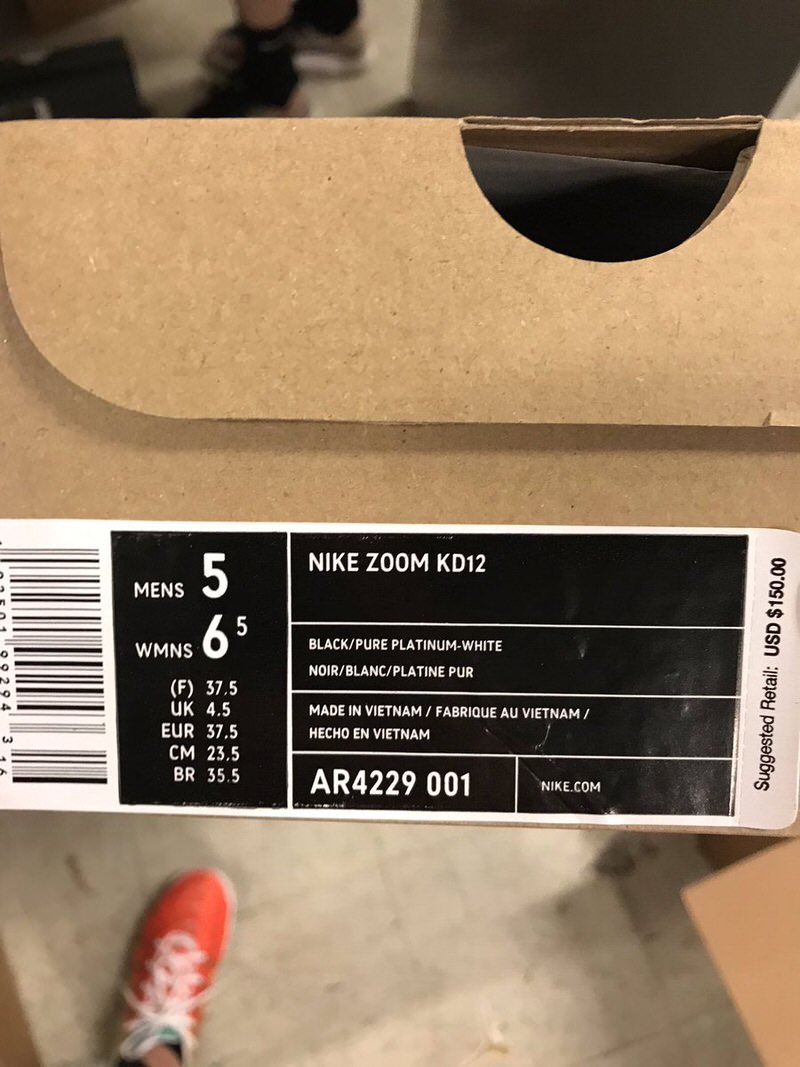 UPDATE 3/14: The KD 12 has surfaced in yet another colorway. Check ’em out below.

UPDATE 3/15: The Nike KD 12 has been officially unveiled. Look or these to launch on April 6. 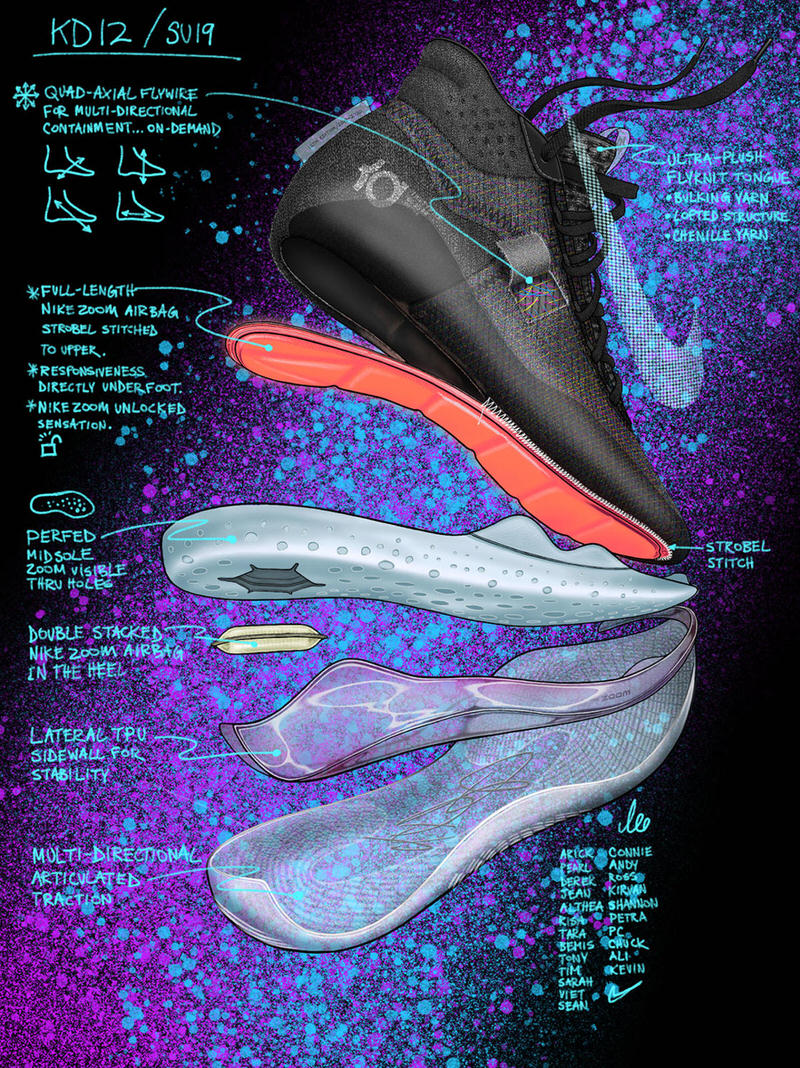 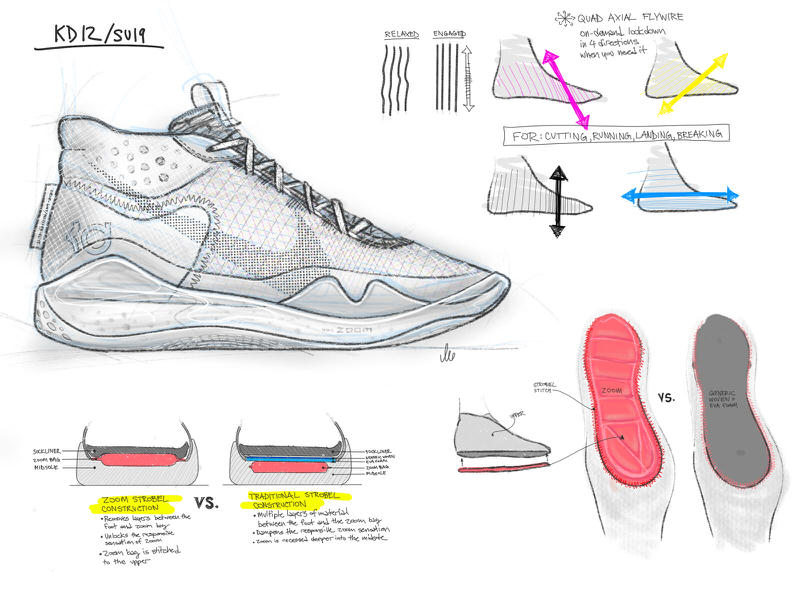 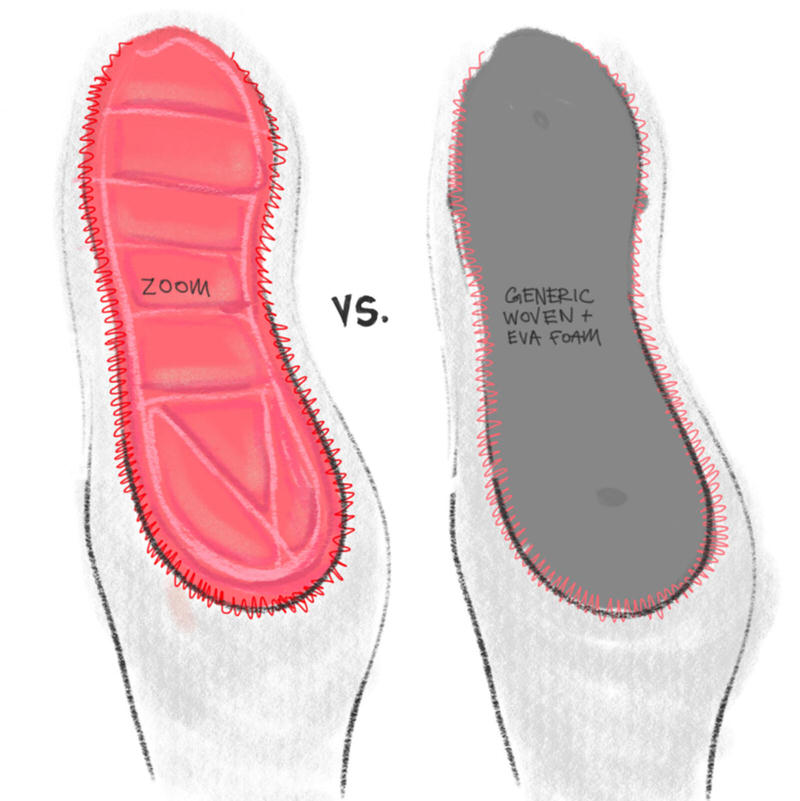 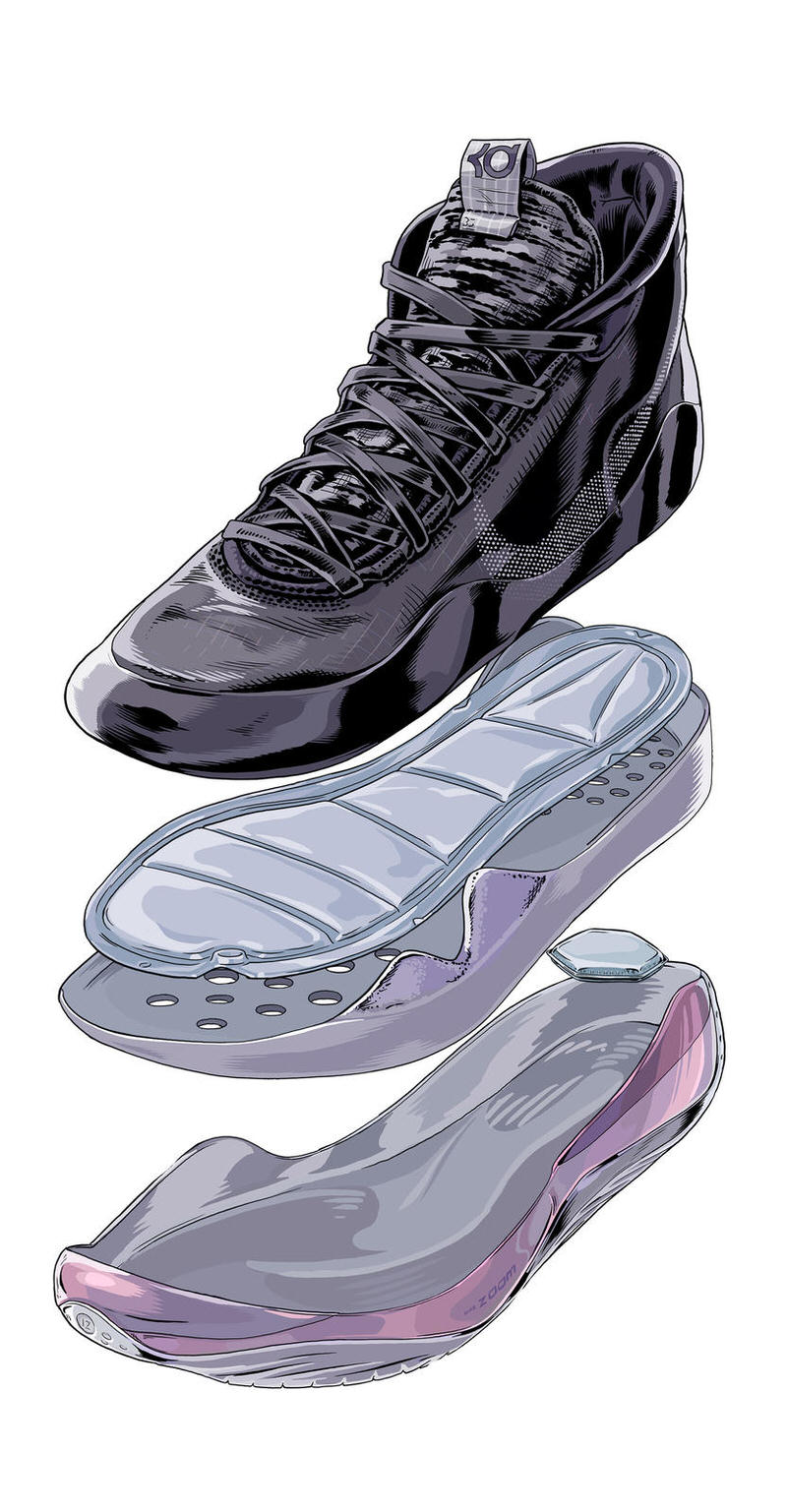 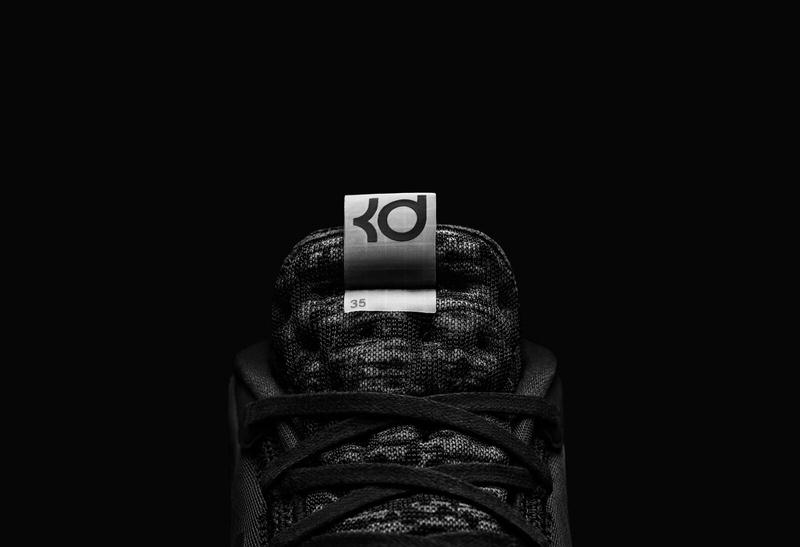 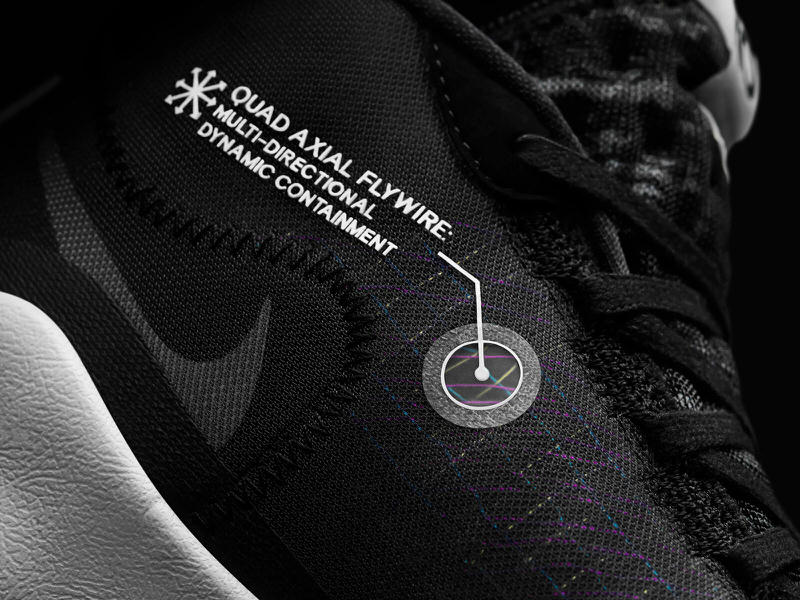 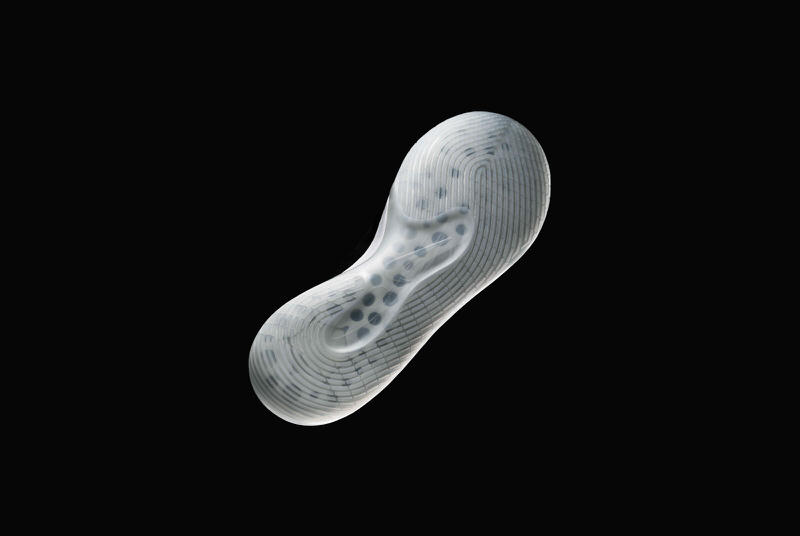 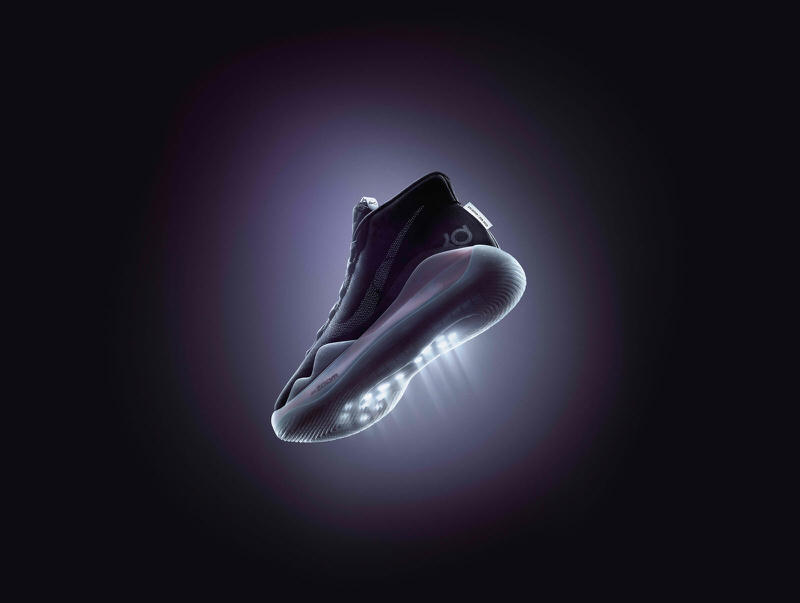 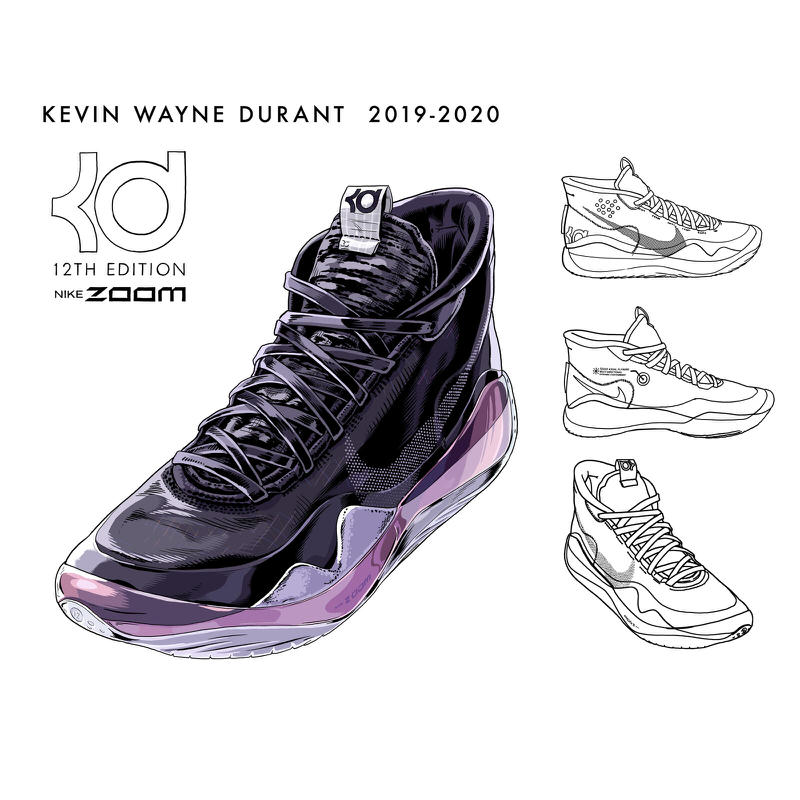 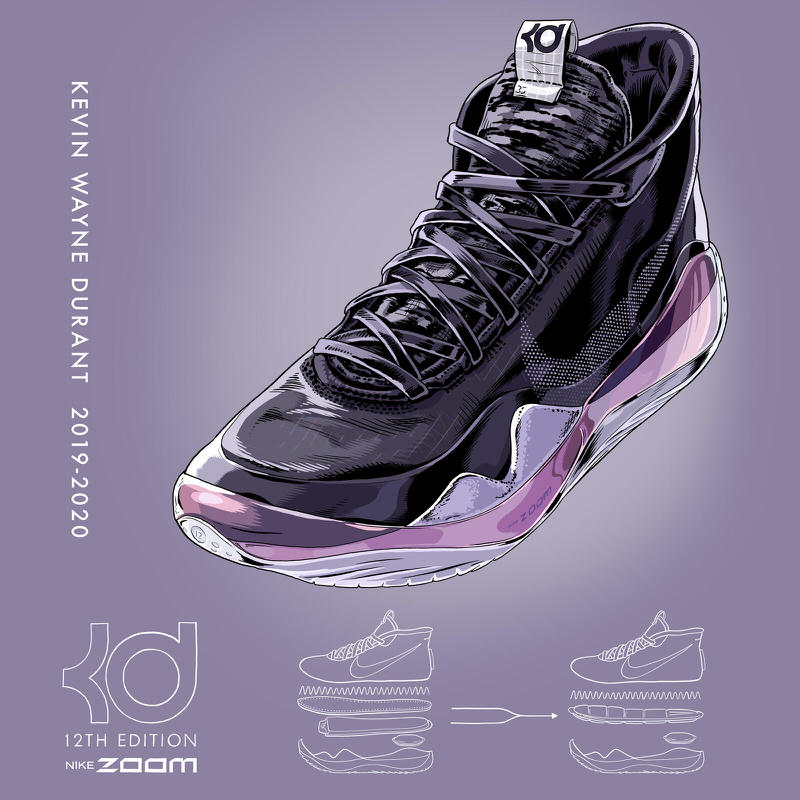 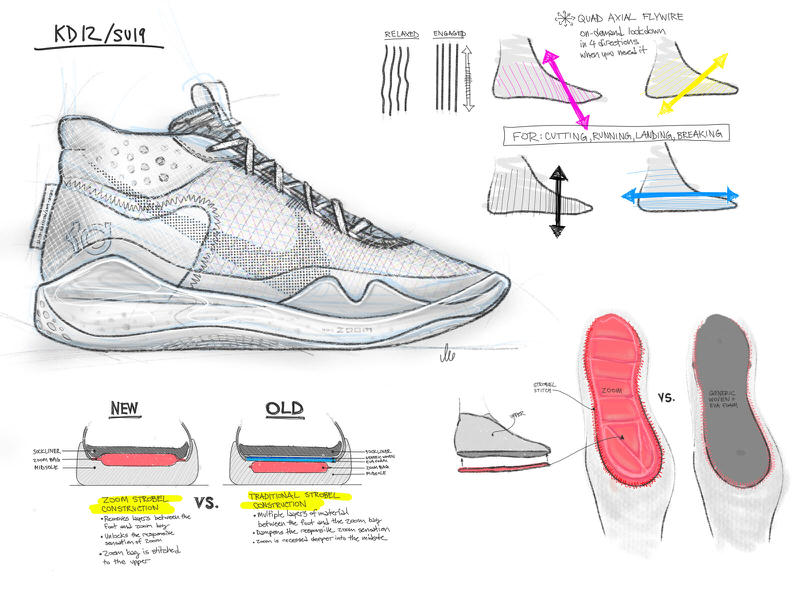 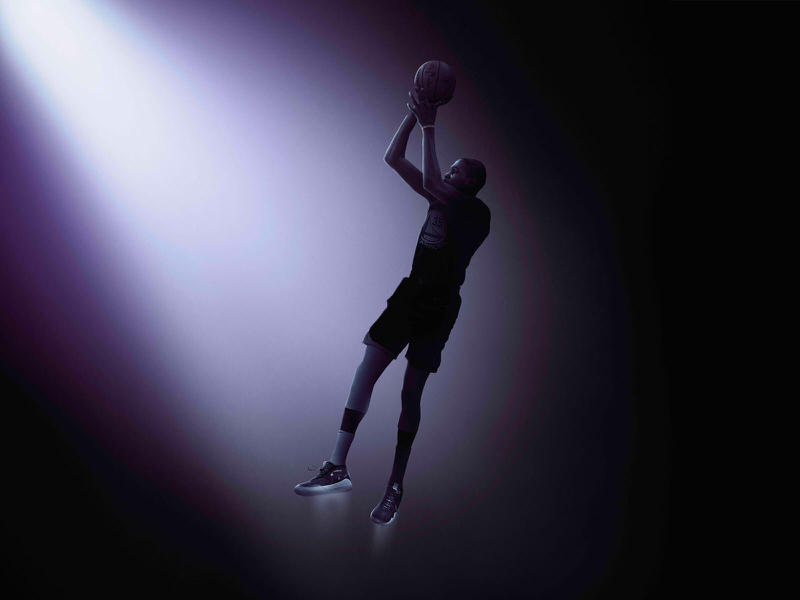 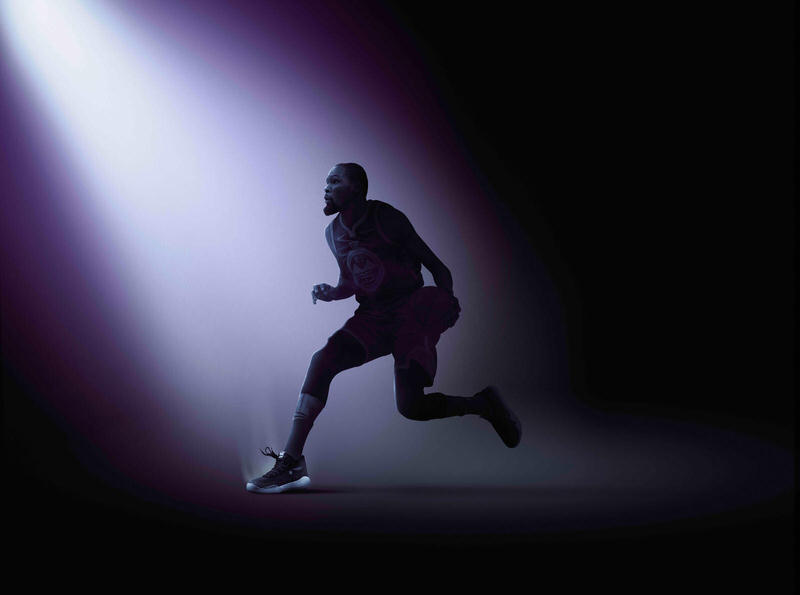 UPDATE 3/15: Peep detailed shots of the KD 12 in the black and “90s Kid” colorway via Eddie Lee of Hypebeast below. 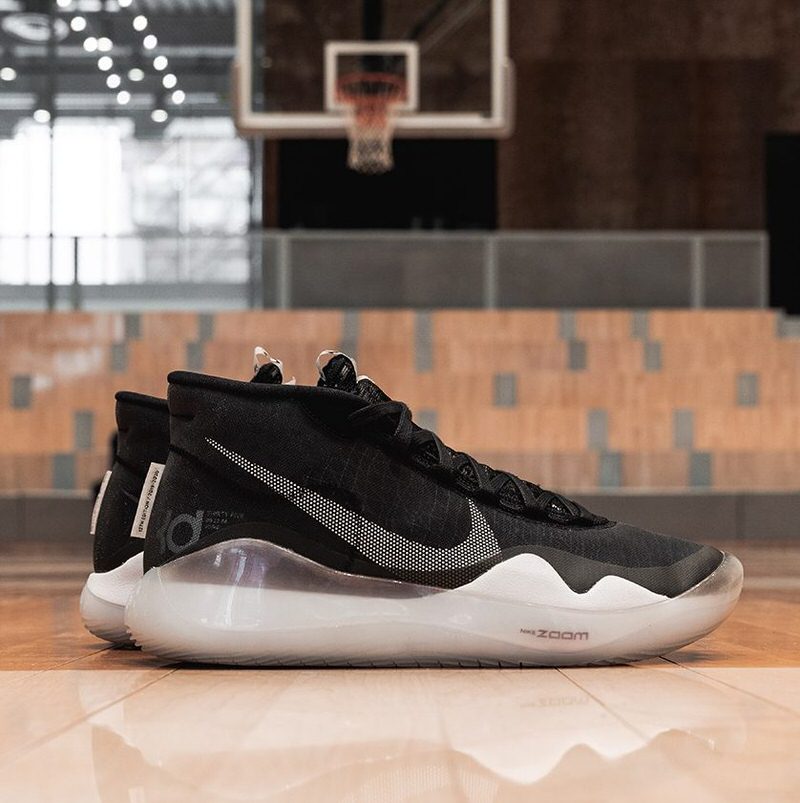 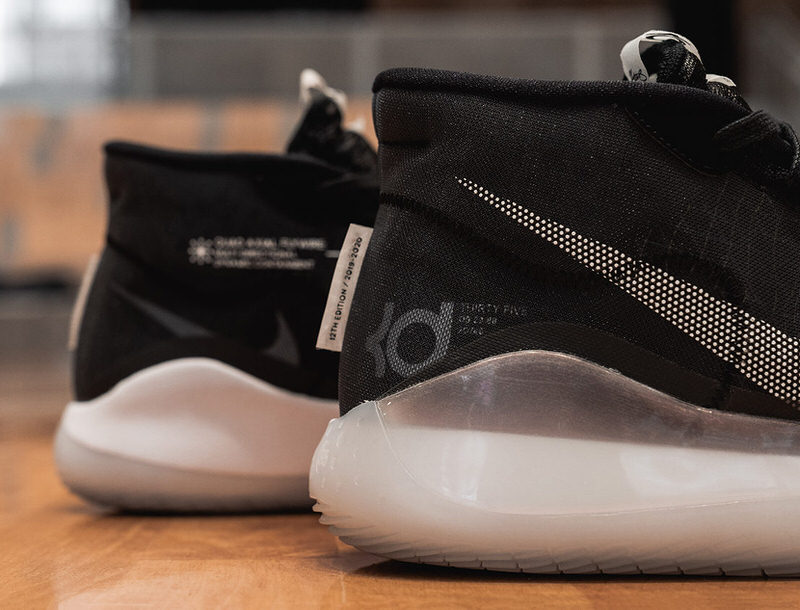 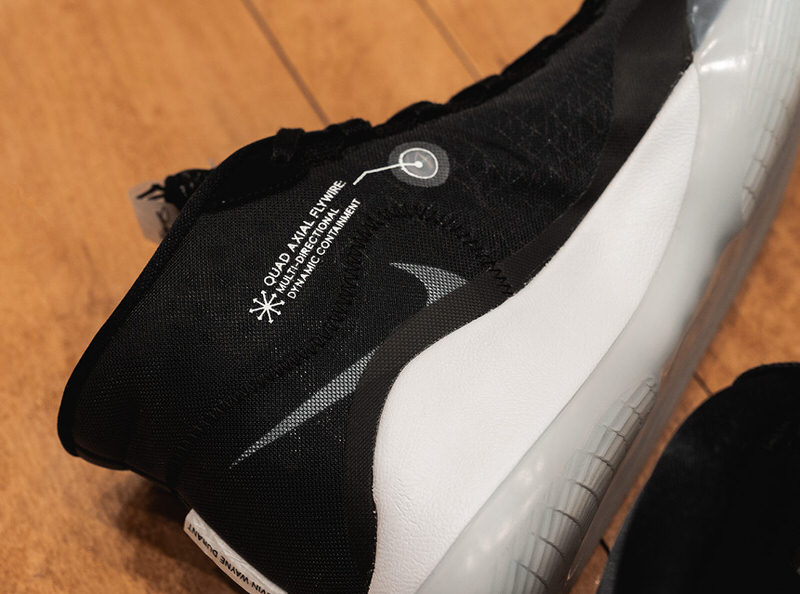 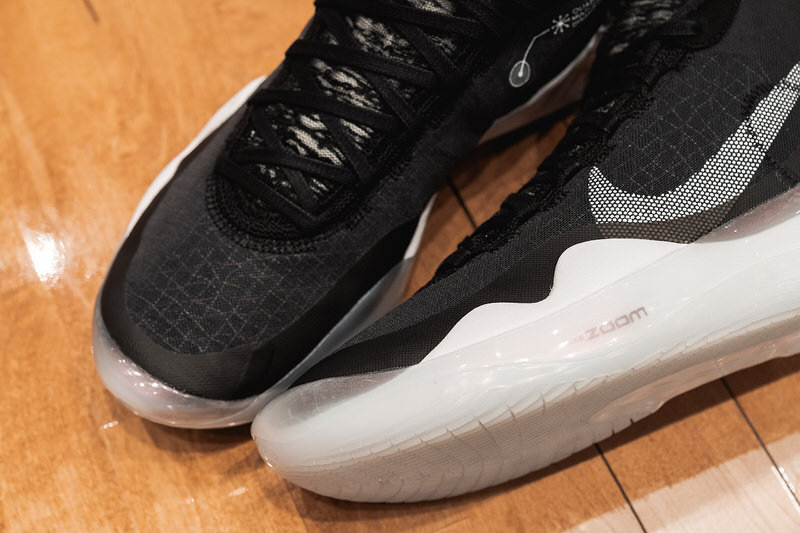 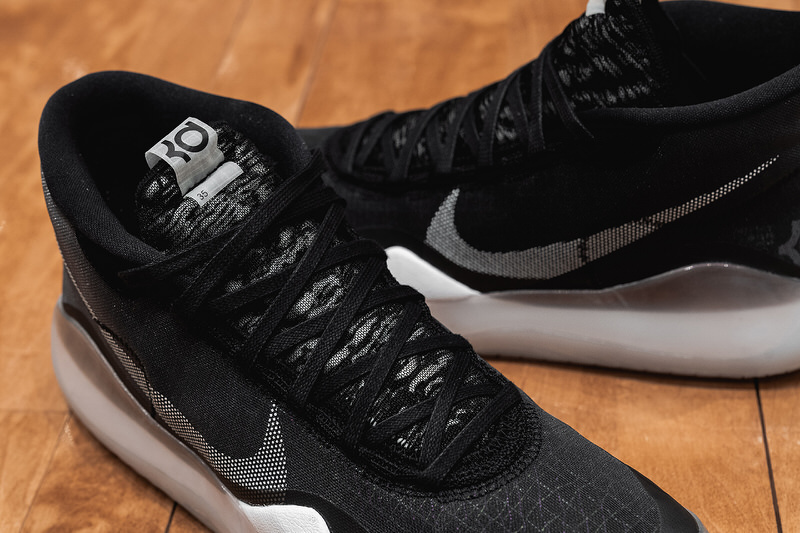 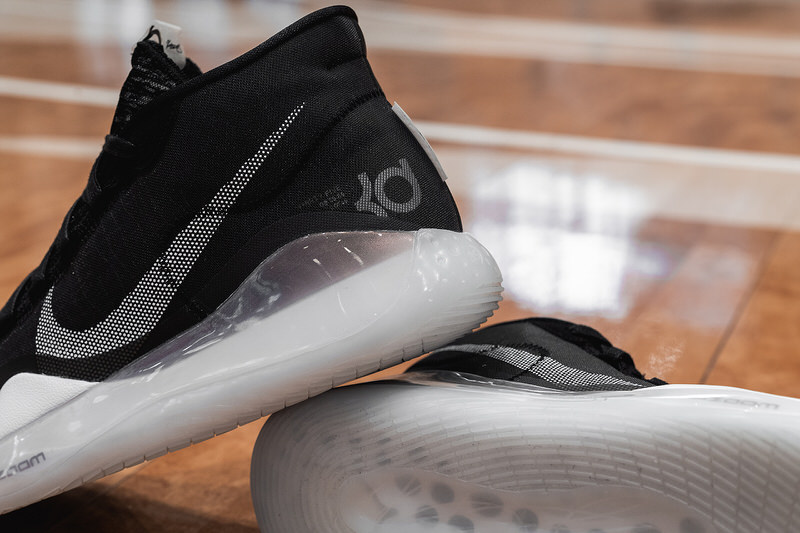 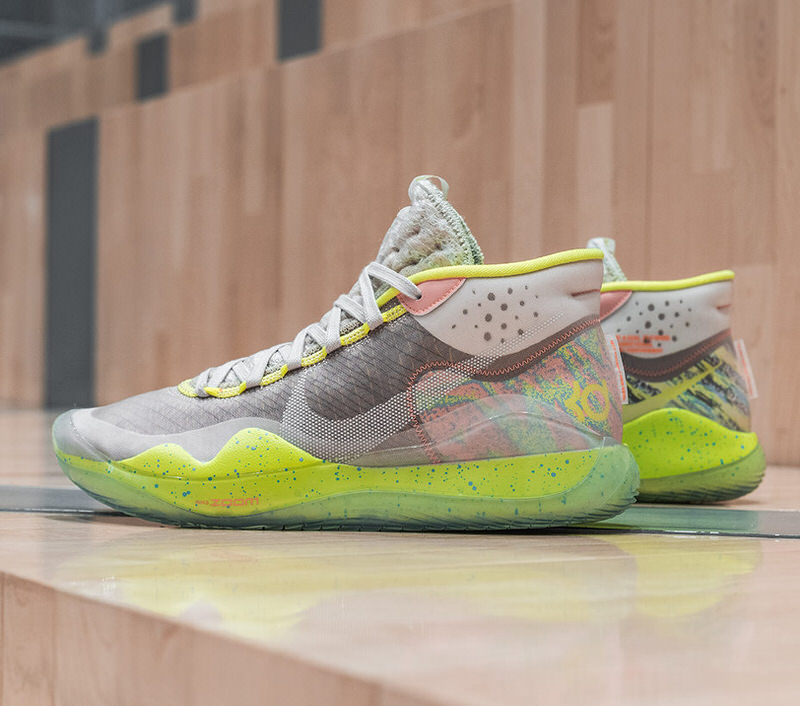 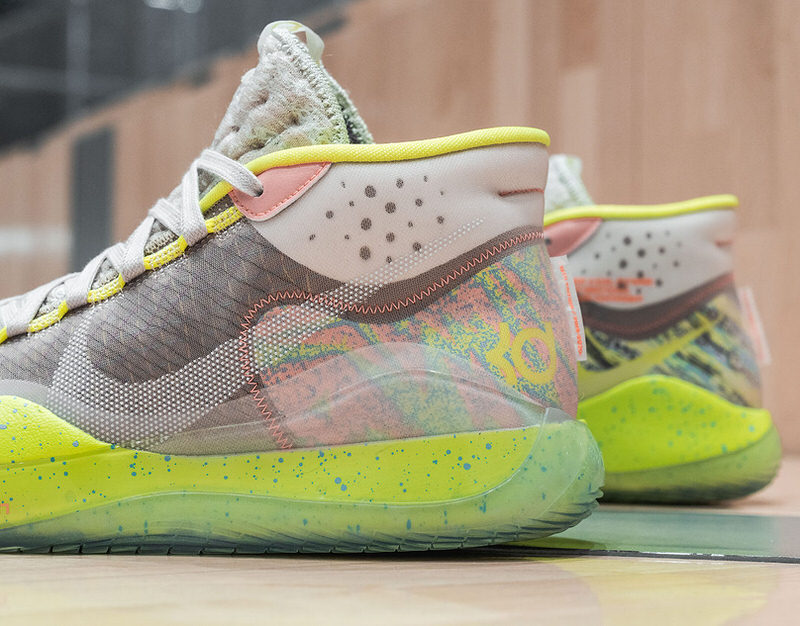 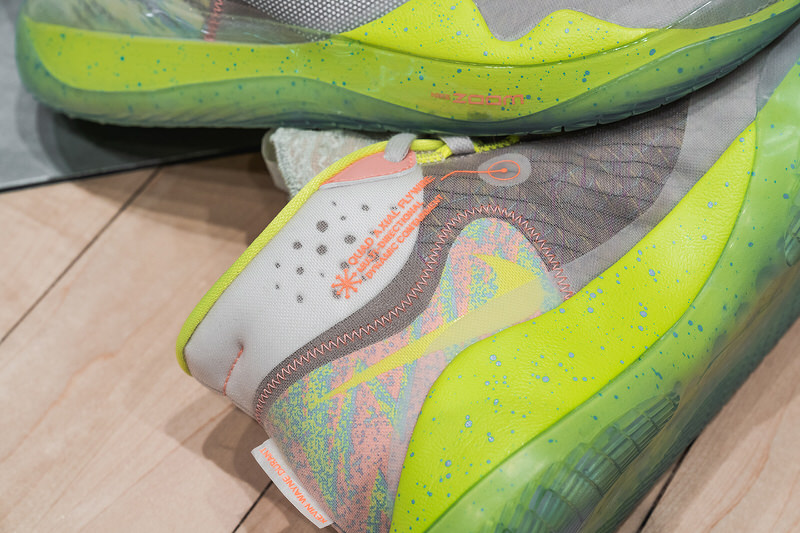