It’s hard to imagine that Kobe Bryant‘s dazzling 81-point performance against the Toronto Raptors was 13 years ago.

After plenty NBA Hardwood Classics reruns and commercials that poke fun at Jalen Rose who caught the brunt of those buckets, Nike next month will finally return the shoe Bean wore when he posted those historic numbers. 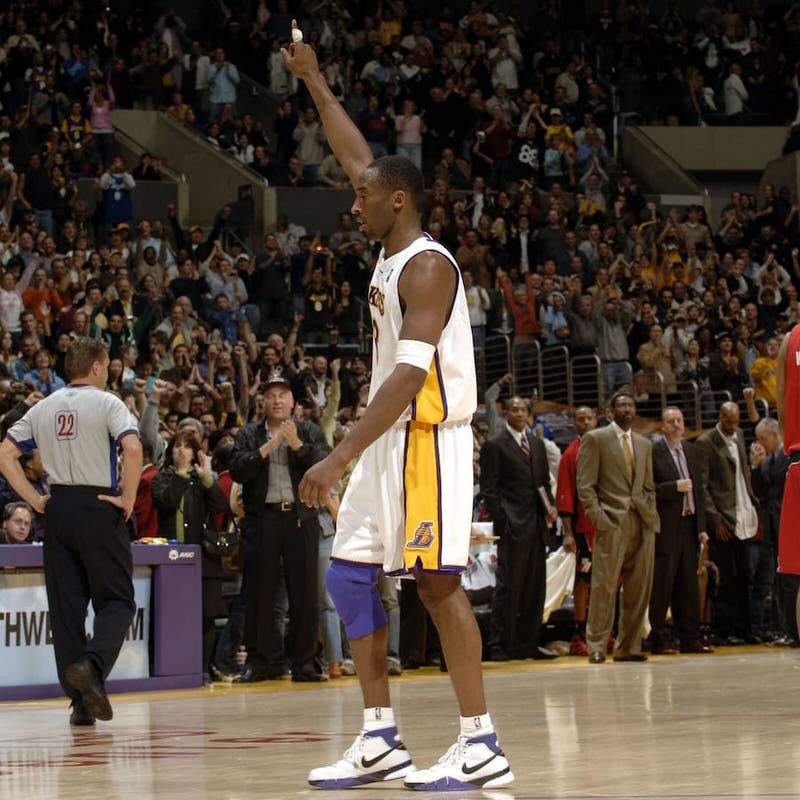 A simple yet potent Lakers theme fortifies this classic Zoom Kobe 1 that will now release in Protro form. Home whites overtakes the mid-cut frame which finds Court Purple and black accents its secondary. The retro is meant to honor the 13th anniversary of that historic game and last years return of Bryant’s debut Nike signature shoe as a performance-retro.