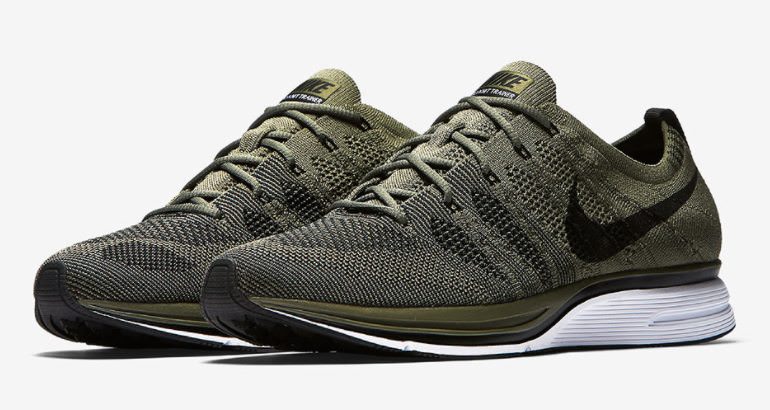 Like many styles around this time of the year, Nike is putting the newly resurgent Flyknit Trainer into the olive machine for a budding colorway due out next month.

Removed from anything resembling an OG colorway, this muted, earthy iteration is what non-traditional colorways should look like. It’s simple and allows the subtle design and Flyknit construction to shine triumphantly. Black Swoosh branding is timed perfectly at the paneling, too, while white midsole tooling eases the look along gingerly.

Take another look at the forthcoming Nike Flyknit Trainer “Medium Olive” below and expect the release in Japan on December 7. U.S. release details remain unknown at this time.