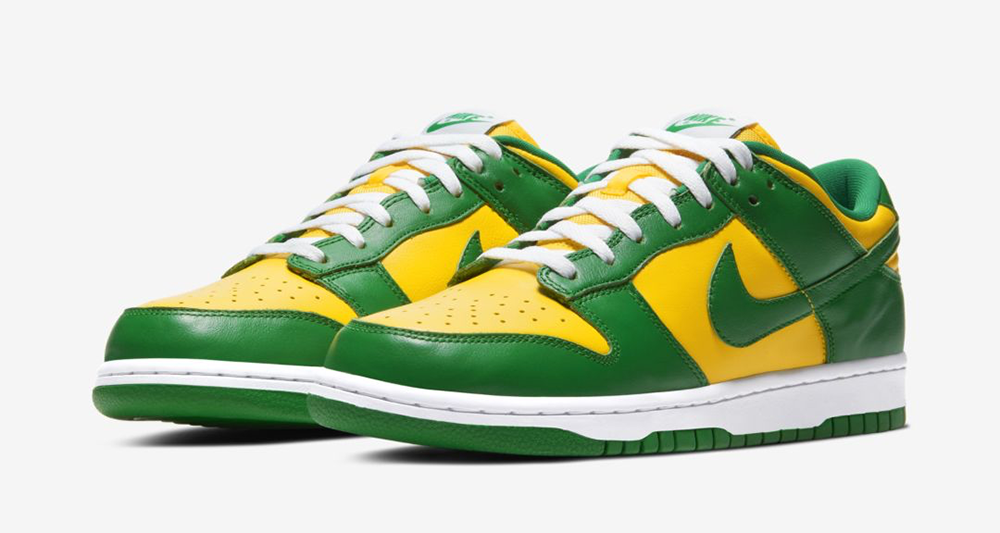 Nike Sportswear’s popular Dunk Low is returning this summer in a Brazil-worthy outfit, similar to its predecessor released back in the early 2000s.

The model will be crafted from various colored panels in varsity maize, pine green, and white. The eye-catching pine green will also follow through onto the outsole, laces, and tongue tab, whilst yellow is featured predominately on the base. White Swoosh insignias and a white midsole complete the overall look.

The Nike Dunk Low “Brazil” is set to drop on May 21 at select Nike retailers and Nike.com for a retail price of $100. For more upcoming releases, take a look at the Nike SB Blazer Low featuring golden yellow Swooshes.