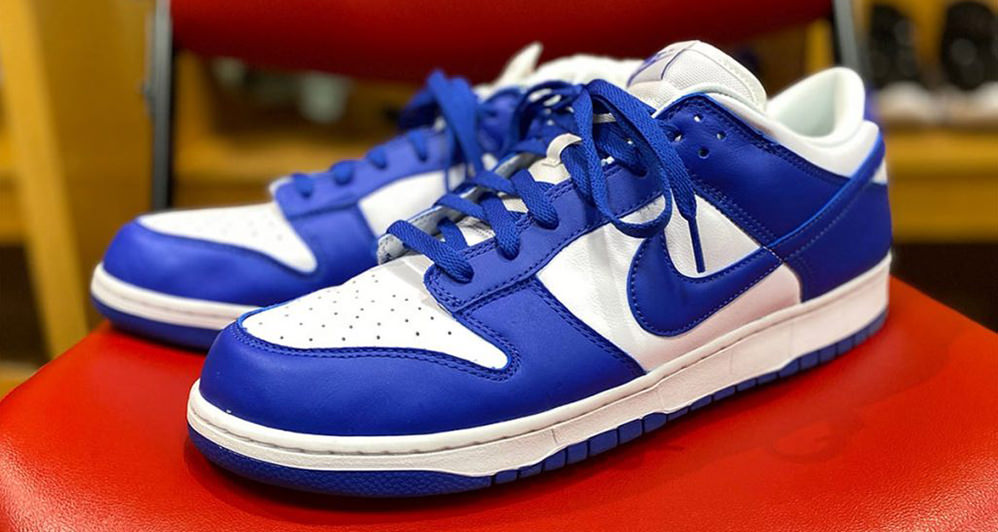 All-Star Weekend was filled with a ton of moments on-top of the already anticipated heat.

We got a look at an upcoming Nike LeBron 17, another iteration of Virgil’s OFF-WHITE x Air Jordan 5 and Phoenix Suns’ Devin Booker not only made his first All-Star appearance but gave us a view of something the Swoosh has cooking up for Big Blue Nation.

As the Dunk wave is back after its unforgettable run in the early 2000s, SB and non-SB iterations are making their way back to the shelves. During ASW, Kentucky alum Devin Booker previewed some heat with an upcoming Nike Dunk Low dipped in that famous Kentucky blue.

Take a look at the pair below as we await further details on the shoe.