Nike’s marathon-dominating ZoomX VaporFly 4% wasn’t truly in need of an update. But Nike is, well, Nike, meaning innovation is never quite finished.

Therefore, a sequel to that triumphant shoe has emerged. Nike today reveals its ZoomX Vaporfly NEXT%. 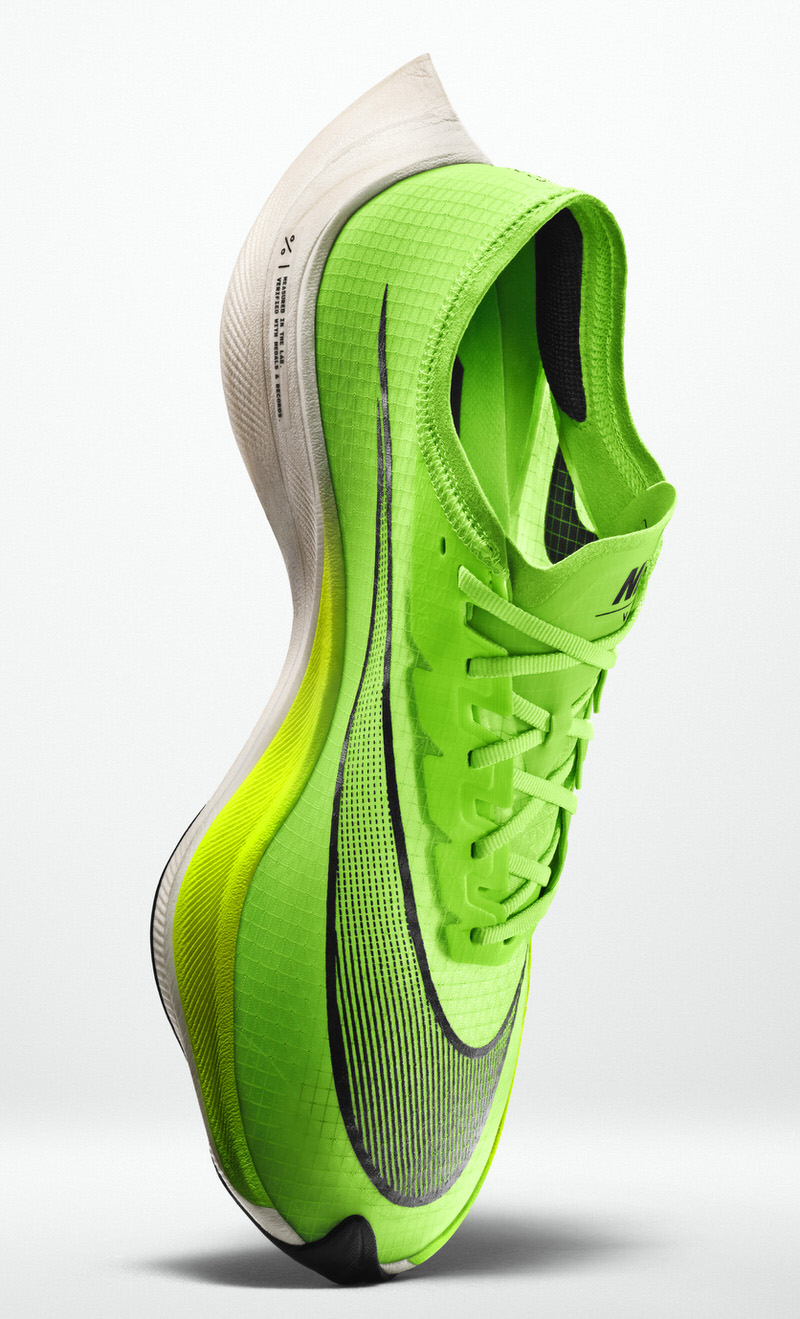 With similarities compounded by striking updates, Nike took heed from its athletes who ran in the 4% and offered invaluable insight.

Thanks to runners like Shalane Flanagan who was weighed down by water retention during the Boston Marathon, Nike enhanced the shoe’s upper, retooled the midsole, and even redesigned the traction pattern along the outer.

“This shoe is truly the result of our athletes, sport scientists, engineers and designers closely collaborating throughout the entire process of design, testing and manufacturing,” says Brett Holts, Nike VP of Running Footwear. “We are all so excited to see the NEXT% continue to push the limits of human performance on marathon courses around the world.”

Anchored by the latest Swoosh technology, Vaporweave, the material is lighter than Nike Flyknit with greater breathability. Moreover, it absorbs far less water from sweat or rain during distance running. There’s also a thin foam pod tucked inside the heel to ensure Achilles stability as the miles keep coming.

Nike has also added more ZoomX foam to the midsole, packing the shoe with cushioning without adding excess weight. Masterfully, the shoe remains the same weight even with 15 percent more foam for maximum energy return.

The Nike ZoomX Vaporfly NEXT% will be available beginning April 25 in London, and on April 28 through the NRC app for U.S. NikePlus members. The shoe is said to retail for $275 USD.