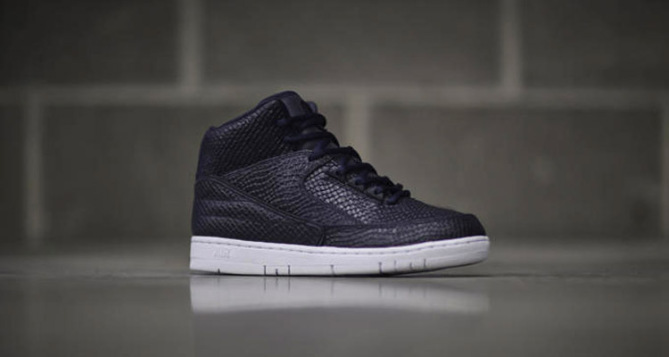 After a handful of premium releases earlier this year, the once obscure Nike Air Python has made its way into the hearts of many sneakerheads— some of which never even knew the model existed until its retro return. Now it’s showing up again late this year in a few more colorways, including the “Obsidian” version seen here. The stylish brother to the Air Jordan II gets a simple and refined look, featuring an tonal obsidian upper with reptilian texture throughout. A contrasting white sole sits below, for a colorway that results in one of the best looks for the Air Python we’ve seen yet. While these are scheduled to drop on November 20th at Nike Lab locations, the Nike Air Python “Obsidian” is said to be available beginning this Thursday, November 6th from select European retailers like End Clothing.