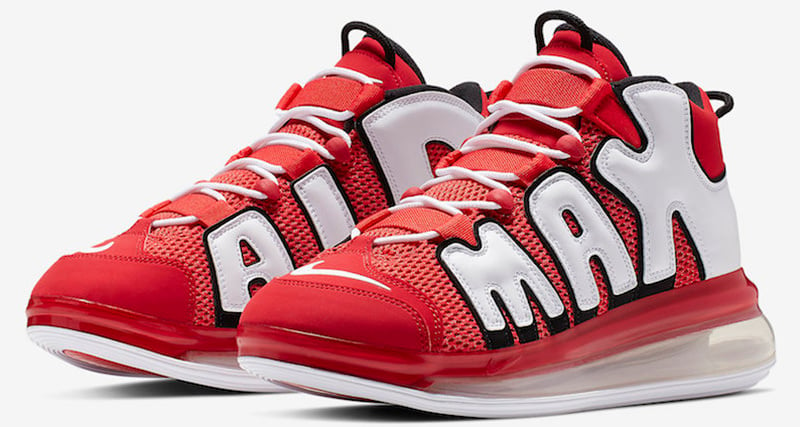 First introduced earlier this year during NBA All-Star Weekend 2019, Nike’s Air More Uptempo 720 is the joining of two worlds we didn’t ask for but glad we received.

Taking elements from the Air More Uptempo and melding them with the Air Max 720, this unrelenting hybrid returns in a colorway that appears to ode Nike and Jordan Brand’s historic affinity with the Chicago Bulls.

Fitted largely in University Red with white and black secondary shades seen throughout the upper and outsole, “AIR” and “MAX” script comes courtesy of white lateral and medial branding which is outlined in black. Tongue and heel tabs also appear in black, rounding out the widely monotone theme of the Bulls road unis.