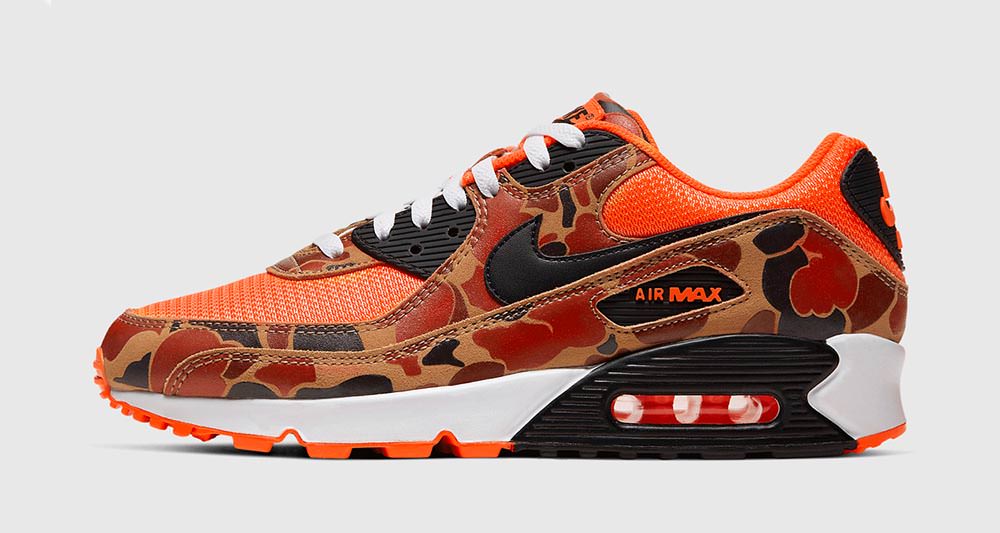 The Nike Air Max 90 is celebrating its 30th anniversary this year as the Swoosh pays homage to an icon. In the last couple of months, the AM90 has released in a handful of colorways. Air Max Day 2020 introduced the “Reverse Duck Camo” inspired by the atmos collab from back in the day. Later one, a “Ghost Green” iteration released. Now, the third (and possibly last) installment of the Duck Camo series for 2020 has surfaced.

The Nike Air Max 90 “Orange Camo” is on its way. A fluorescent orange covers the upper in tandem with a tan and slight orange camouflage print. A black mudguard and matching Swoosh and heel tab come together for a classic look.

No word on a release date for these yet. Keep it locked at Nice Kicks as we await official release information.