Gaining prominence on the Air Jordan 4, the “Military Blue” hue is re-enlisted on a new colorway of the Nike Air Huarache. Once among the best running sneakers, the Air Huarache has been promoted to casual duty as smooth leather panels drape the kick, overlapping a neoprene bootie. Caged in by black plastic on the sides, the kick undergoes a color switchup on the way down via a white midsole and lighter shade of blue on the rubber outsole. The “Military Blue” Air Huarache is now available at afew for €120 (~$165). 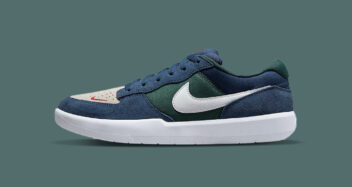 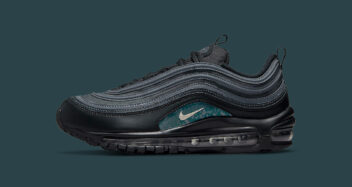