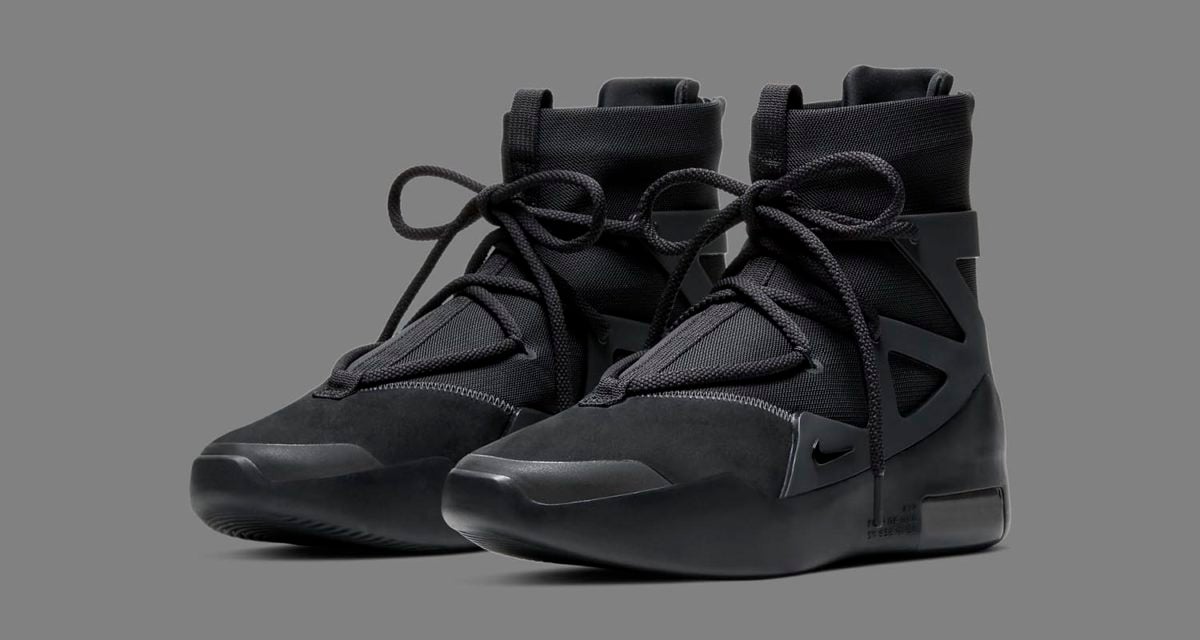 At the end of 2018, the streetwear brand Fear of God (FOG) burst onto the sneaker scene with their first Nike collaboration: The Nike Air Fear of God 1. Designed by FOG founder Jerry Lorenzo, this utilitarian sneaker-boot has become a sneakerhead favorite. Since its first iteration, the FOG 1 has released in several different, distinctive colorways. However, with the upcoming release of this sneaker in the classic “Triple Black” colorway, Lorenzo seems to be shifting his collaborations back towards a minimal, everyday aesthetic.

Teased through Lorenzo’s Spring Look Book, the Air Fear of God continues to capture the essence of a luxury basketball-inspired sneaker. The high-cut basketball silhouette and premium build have helped this sneaker thrive as both a hybrid high-fashion and streetwear piece. The upper is constructed using black suedes, mesh, and neoprene, and is finished with a blacked-out midsole and outsole. The attention to detail, seen in the addition of a toggle lacing structure, the mini-swoosh placement, and neoprene cage, has distinctly separated the FOG collaborations into their own tier of greatness.

Retailing at a price of $350, this sneaker will likely be distributed in the same manner that its previous colorways have been: the Nike SNKRS app and select stores. Let us know your thoughts on the latest FOG 1 on social media.