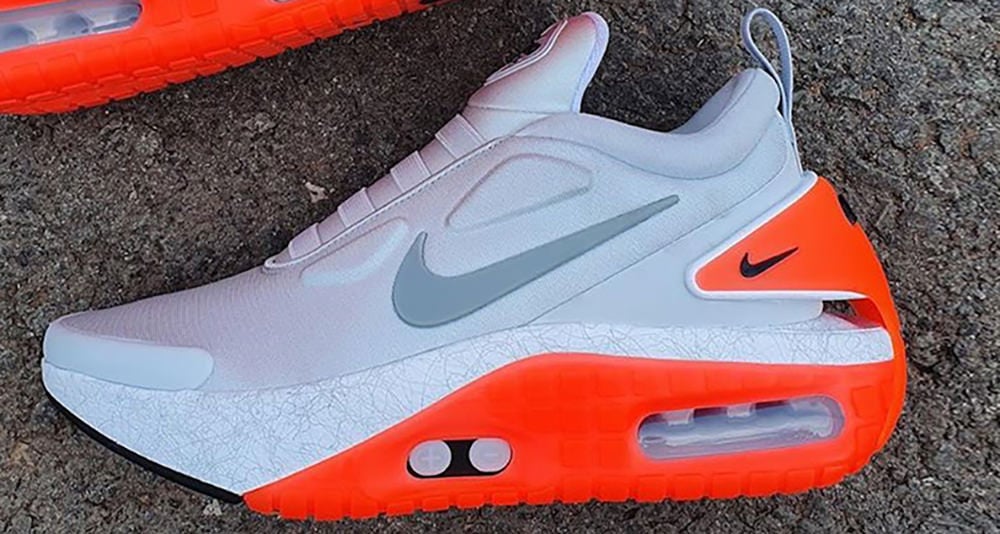 Ever since the Nike Air Mag made its way to Back To The Future II, Marty McFly’s sneakers have always been a lucrative desire that we all expected to become a part of the future as the self-lacing model didn’t seem to be out of Nike’s range. After a release in 2011 and 2016, the Nike Air Mag release exemplified that the brand’s self-lacing technology was more than just a movie prop.

And soon, Nike’s auto-lacing system would make headlines and strides for years to come.

At the end of 2016, the Nike HyperAdapt 1.0 debuted for a price of $720 USD as its Electric Adaptable Reaction Lacing system (also known as E.A.R.L.) made its debut on the shoe.

Then in 2018, Nike brought its technological development to the hardwood with the debut of the Nike Adapt BB with a Cushlon midsole system and a QuadFit mesh upper. Recently, Nike launched its second installment of the Adapt BB line with the all-new Nike Adapt BB 2.0 that features Air Zoom Turbo in the forefoot as the line continued to progress.

Now, the Adapt technology goes back to its lifestyle-driven roots with the upcoming Nike Adapt Auto Max. The pair is modeled after the iconic Air Max 90 as Nike brings the tradition of the shoe for the last 30 years and launches it into the future with its all-new Auto Max.

The pair features a Cushlon system for ultimate comfort along with a waffle outsole that pays homage to Nike’s historic roots and previous technological advancements.

Take a look at the pair below via Yankee Kicks on IG. The pair is expected to release sometime this summer for an estimated $350 USD. Keep it locked here at Nice Kicks as we await more details on the latest innovation from the Swoosh.