U.K. grime is in a lane of its own. And while the artistry of names like Skepta, Stormzy and countless others continue to gain influence here in the U.S., it’s their play in sneakers that’s grabbing our attention.

Londoner AJ Tracey is one performer who is cementing his status as a staple in the face of U.K. hip-hop, and also happens one of the biggest sneaker heads in the game. Having collaborated with household names like Vogue, Nike, A$AP Rocky and more (not to mention his affiliation with October’s Very Own), it’s good to see a true ambassador for the sneaker culture on the rise.

“I remember, I used to sell sweets when I was back in school,” said the 24-year old rap artist. “I would go buy crisps and chocolates and stuff like that to sell, just so I could go buy Air Force 1s. [Laughs] It definitely started early.”

Fresh off the release of his latest single “Mimi,” check out AJ’s sneaker rotation below in this week’s take of My 5 Mondays. 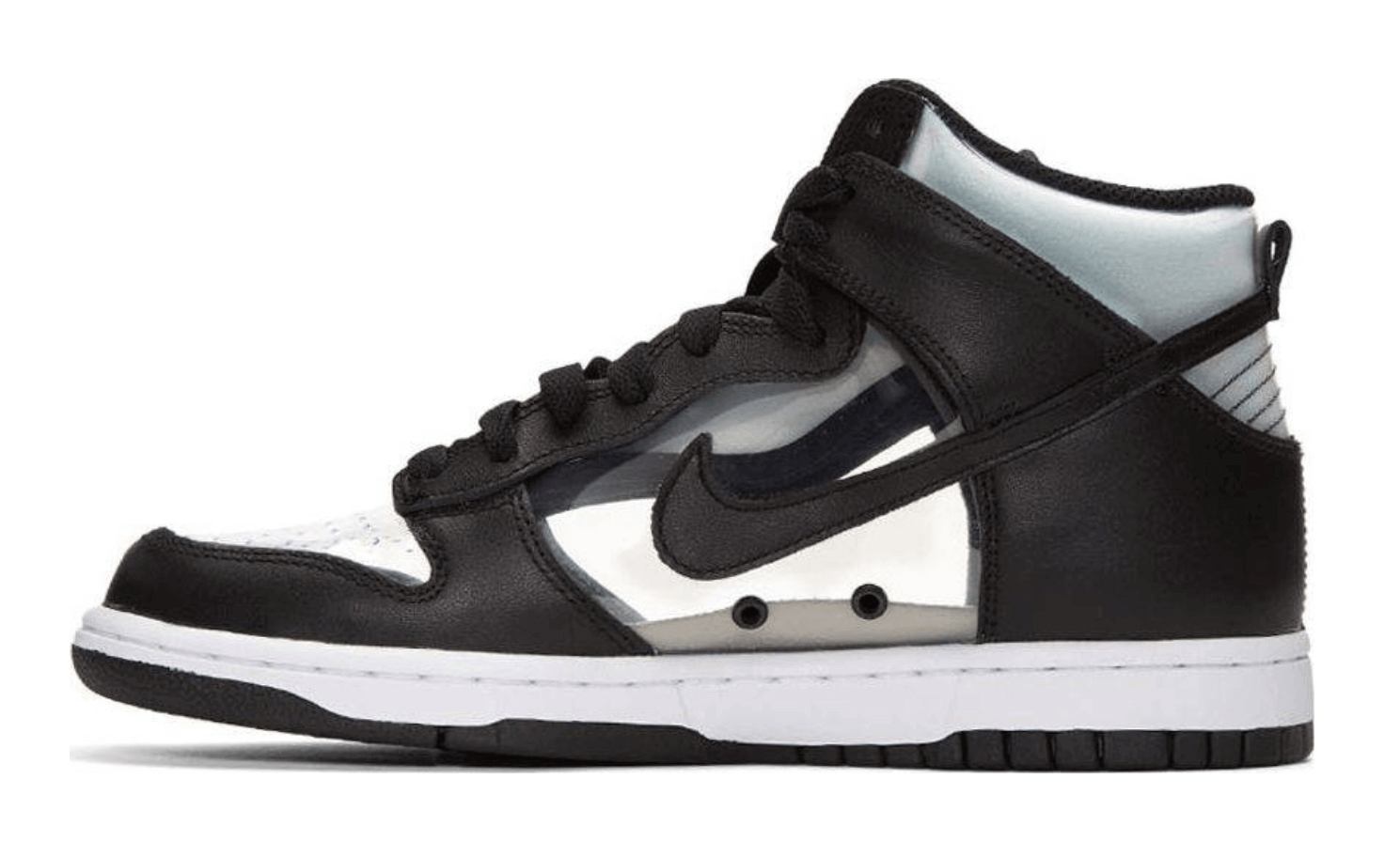 “They’re literally like see through, like see-through with a black tick. So it’s fire — you can wear some fire socks underneath it. Then that’s the color of the trainers. [Laughs]”

AJ Tracey: They’re like see through ones. You know you can’t wear these on a hot day because they will like condense and shit. They like steam up because they’re see through. So you gotta wear them on a cold day. They’re literally like see through, like see-through with a black tick. So it’s fire — you can wear some fire socks underneath it. Then that’s the color of the trainers. [laughs]

For me, with the hypebeast thing — because I know CDG does a lot of collabs with brands like Supreme for instance — I can’t really say I’m not a hypebeast, but I don’t just rock with everything that drops. Specific things, you know, from each drop. I have to like it. Like a piece of Supreme that might not be that hype or people don’t like it, I just have to like it, it has to drop with my clothes. 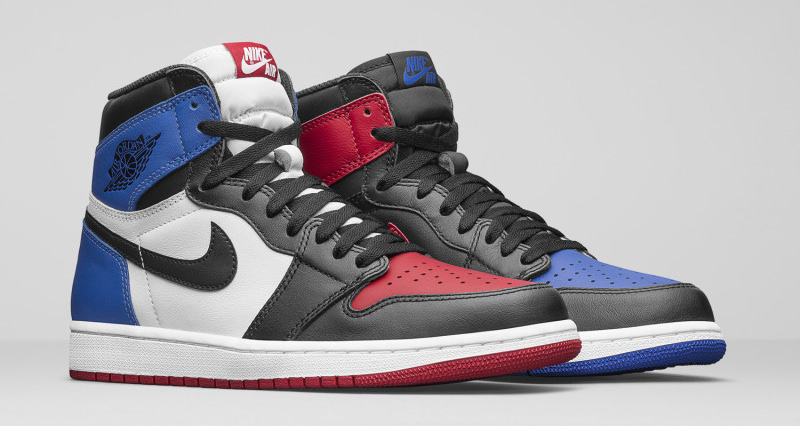 AJ Tracey: One of my favorite trainers by far is the Jordan 1 “Top 3.” I never had any of the original colorways that make the shoe but when I got them for the first time, I was in L.A., I was just like, Yo…these are my favorite shoes. I wear those all the time now, I just don’t take them off. They’re fire. 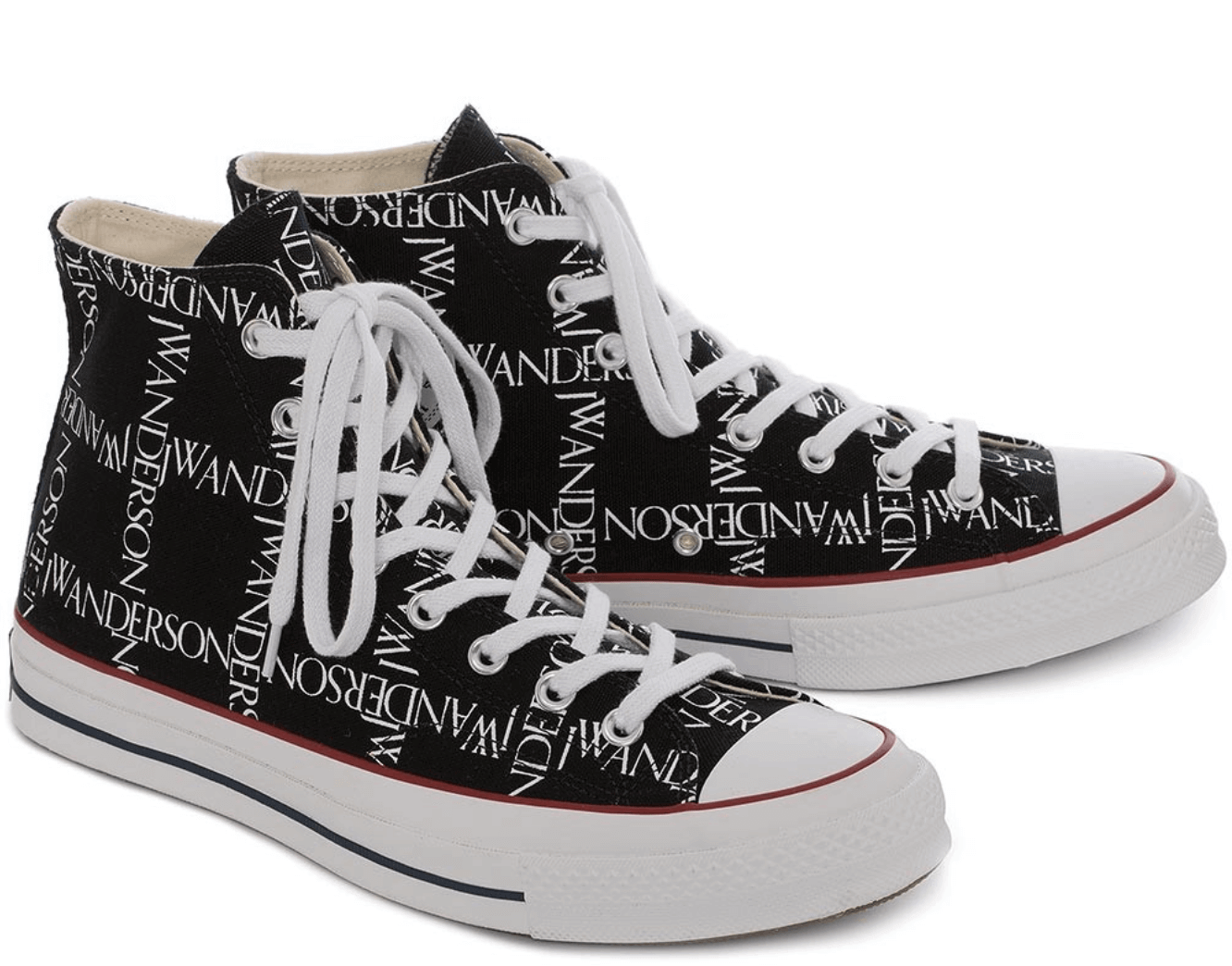 “I love wearing things where people just gotta stop and wonder. And they can’t Google it, because they doesn’t exist yet!”

AJ Tracey: I’m not really into Converse like that but because I went to Florence and shot for JW Anderson and Converse on some like fashion shit and I got them. Me and my friends we had these trainers before anybody else had them — they look like just normal Converses and they’re black and just say JW Anderson all over it. So every time I wear them I get people like, “Yo, what’s that?” [laughs]

I love wearing things where people just gotta stop and wonder. And they can’t Google it, because they doesn’t exist yet! I had those in May 2017 —  I think they just released recently. I just barely saw them in the shop the other day.

AJ Tracey: A$AP family. The mob are my people man, they hook me up. As soon as I got the shoes, like before anyone had them, I busted them out and everyone was like, “Ohhhh! Where did you get those?! I need those!” Everyone was like hating cause no one could get them — in London, especially you know.

People were lining up — there was a pop up in London. People lined up literally around the block to get them and most people didn’t get them. But I was wearing them even before the pop up. So before the hype got to them, everyone was just like, “What is that,” you know what I’m saying?

They just drop with everything too man. Like the black leather is a different type of leather to regular Air Forces, so they don’t crease. The laces are waxed over so they don’t damage. I try to keep them clean in my box. Those are one of my favorites. Grails. 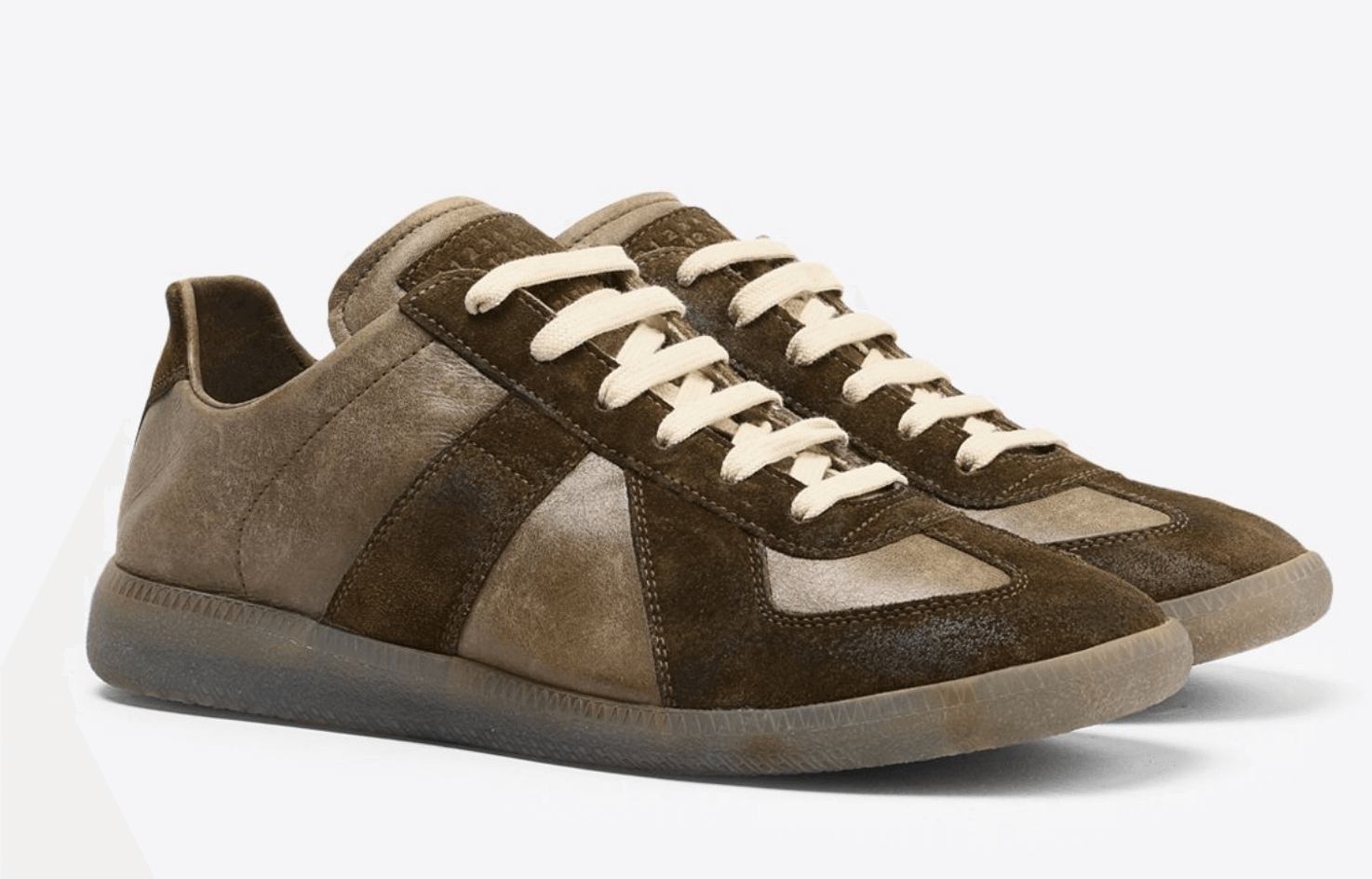 AJ Tracey: I really like those, cause they’re like, plain. They’re all beige with a dark line on it, like, they’re fire. They drop with anything too, you can wear them with all that and they’re just gonna be clean. They don’t look messy and they don’t look like I’m showing off either. People don’t even know they’re Margiela too ’cause like they just look like sneakers.

Keep up with AJ Tracey via Twitter and Instagram to stay up on upcoming music releases, and be sure to stream his new single “Mimi” out now.