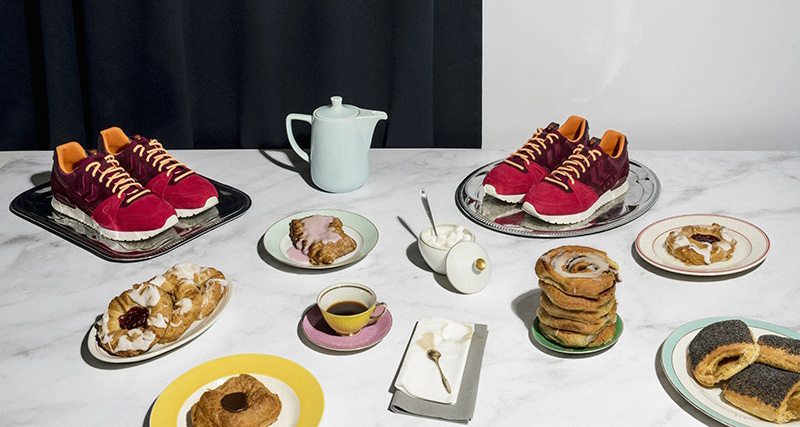 Following their highly anticipated and well received collaborative offering with Fairfax 424 in January, Hummel Hive this weekend restores its partnership with famed Japanese retailer mita. Having repurposed the Marathona OG with mita last September, the duo returns to a cuisine theme that visited back in 2016.

With food also at the forefront of this collaboration, the mita x Hummel Hive Marathona OG “Danish Pastry” is largely driven by shades of red that pull inspiration from fruit jam that covers pastries of all varieties. A marigold sockliner is indicative of the flaky crust that falls from danish and croissants after a fulfilling bite.

Expect the “Danish Pastry” Marathona OG to launch on February 3 at Hanon.