Cardboard has a strong significance in the history of sneakers and the hip-hop culture that helped birth the footwear fixation we know today. The material that made the boxes shoes were sold in became a vehicle for both branding and nostalgia, while the medium in more traditional sizing and storage was flattened and refashioned as a stage for break dancers in NYC and beyond.

For New York product turned LA artist Ryan Flaitz it is the canvas for all of his creations. Painting under the signature of Flaitz Whatever, the child of the ’90s has become the man with the brush, boxing out any outside expectations by reviving his favorite sneakers and pop culture icons one cardboard creation at a time. 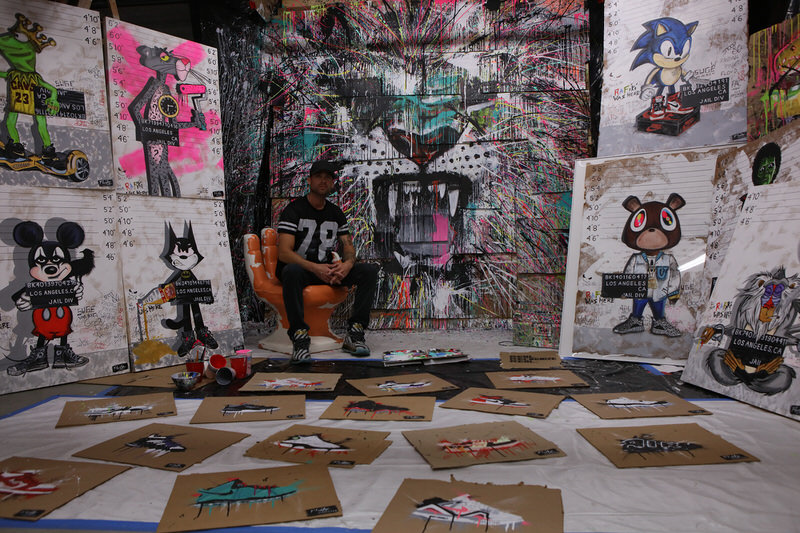 Painting his whole life, the brush played the background to sports growing up. As an adult, they’ve intersected as his day job as the founder and artist at PSD Underwear — which houses Kyrie Irving, Jimmy Bulter and more as endorsers — collided as another creative outlet but also a base for clients. Always interacting with athletes, many sports stars have picked up his paintings with all others coming from referrals. Because of this, he has the freedom to do what he loves without having to worry about an outside audience. There’s no worry to get rid of things, so he’s able to turn down most offers and simply makes what he wants.

What he wants is to recreate the kicks he coveted as a kid while also playing to pop culture and his new home of Los Angeles. “I’m an LA artist, so I wanted to create an edgy collection by painting the clean-cut characters roughed up. I mixed Mickey with the movie The Crow, put him in Chucks, and after that it was on to the next and I have a 12 piece collection. I’m actually selling the Kermit piece I did which I’ve been holding onto since I did it when Cleveland won the championship and LeBron got his third ring. I finally got a good offer and it will be the first to leave the collection.”

The good offers may help validate the worth and hard work, but they don’t dictate the direction. For Ryan, it’s all about doing it for his own expression rather than the approval of the public, something that ironically mirrors his sneaker game.

“I enjoy being more underground than out there in the flashiness of the public. It’s funny, because this is based off of shoes and my favorite pair of shoes are those OG Nike Flights. Most people would say that’s crazy but I feel like they’re the realest pair of shoes I own because they’re originals, they’ve aged and I know when I wear them no one else is gonna have them. There’s a lot of life in them and they’re from the ’90s. I love ’em.” 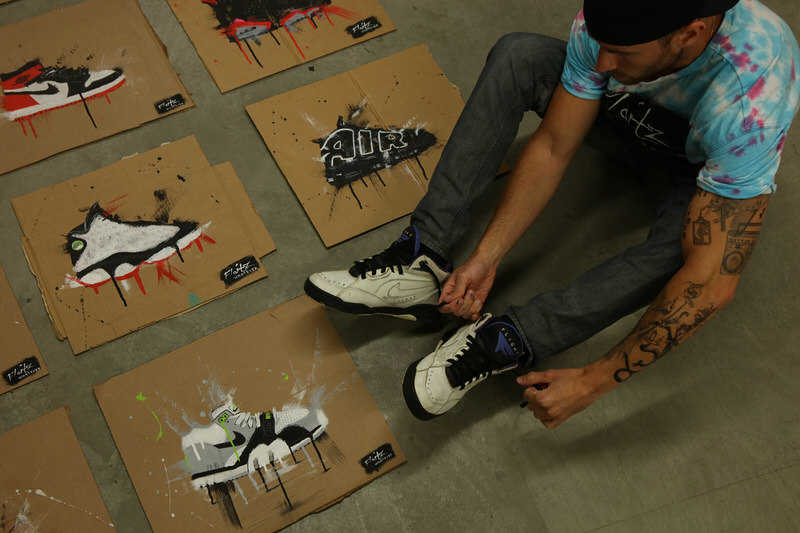 The shoes may turn heads for collectors, but the work gets even more attention. “My work definitely gets a reaction,” says Ryan. “Once it’s framed it really takes it to another level.” While this proves true of painted recreations of shoes like the “South Beach” 8s or renderings of Sonic the Hedgehog, it even spans to a recent piece called Beast Mode that’s composed of over 200 pieces of cardboard, standing at 9 feet tall.

So, for any artist looking to come up or get on what advice would Ryan give?

“As cliche as it sounds, you’ve just gotta stay true to yourself and believe in your value. I remember the first time I painted on cardboard the first 20 people that saw it said, ‘That’s cool but you’ll never be able to sell it.’ But I knew that I could create the value because of the talent I was given and how hard I worked at it. The longer I held on the more the value increased and now I’m reaching numbers I never thought I’d reach. Just continue to do it if you enjoy it and don’t worry about what’s popular in the public eye because times change. When I was young, it was more about wanting to look cool and people to like you, but as you grow up it’s all about the people you care about and if you make them proud that’s all that matters.”

Keep up with Ryan’s work on the IG account @flaitzwhatever. All photography by @jpshotyou. 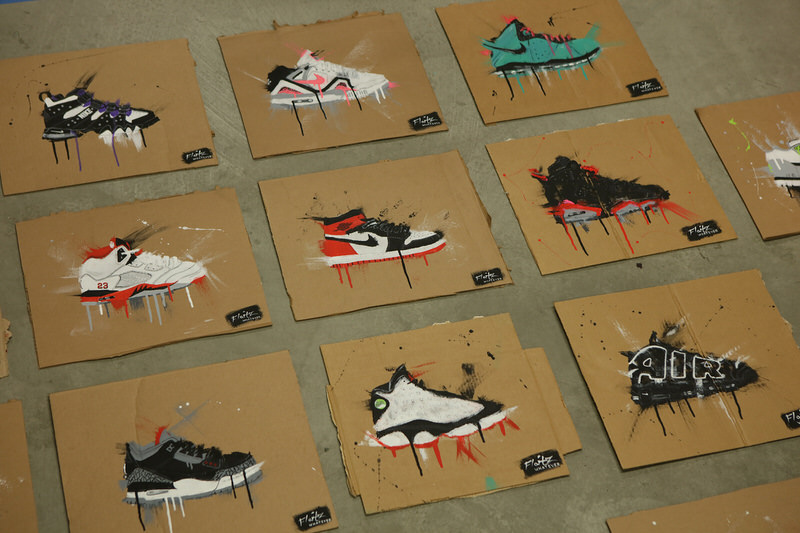 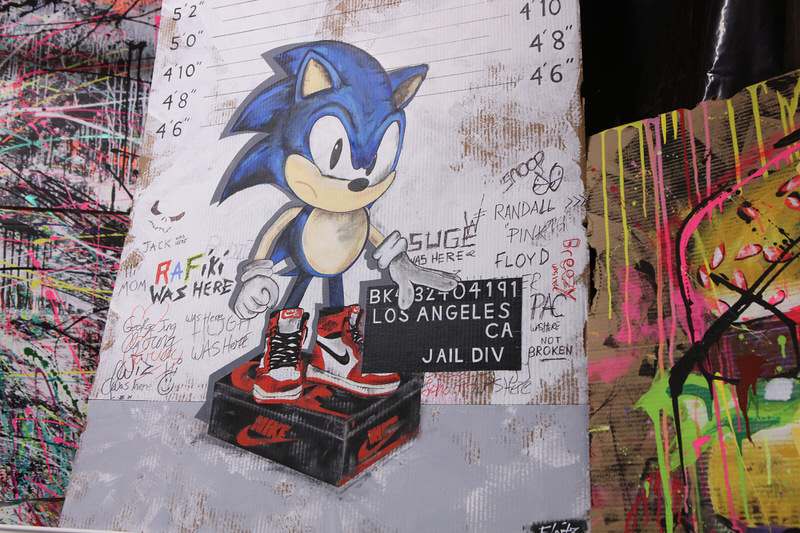 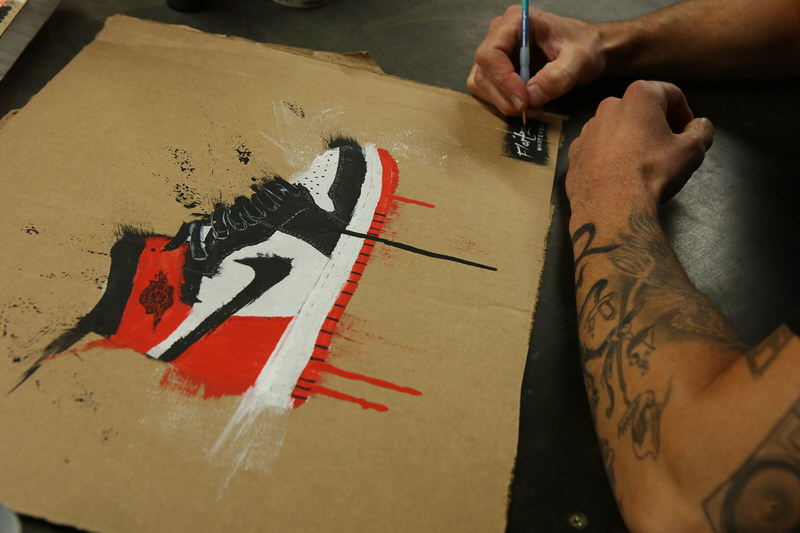 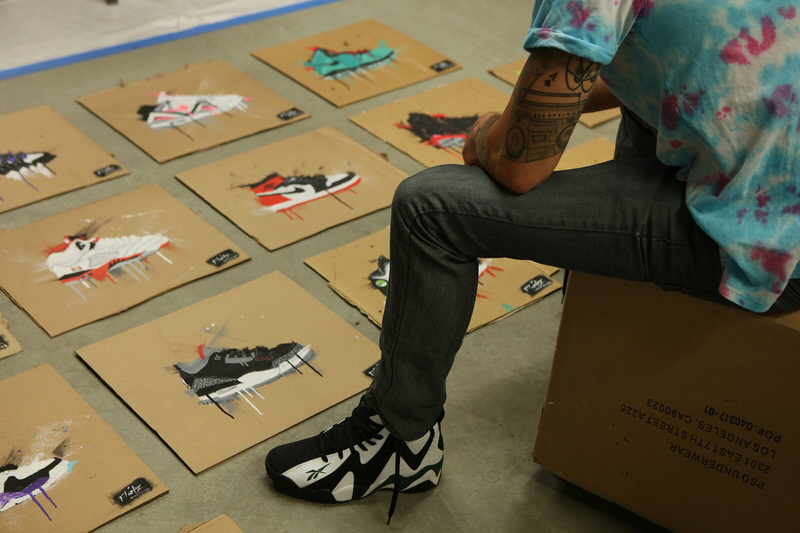 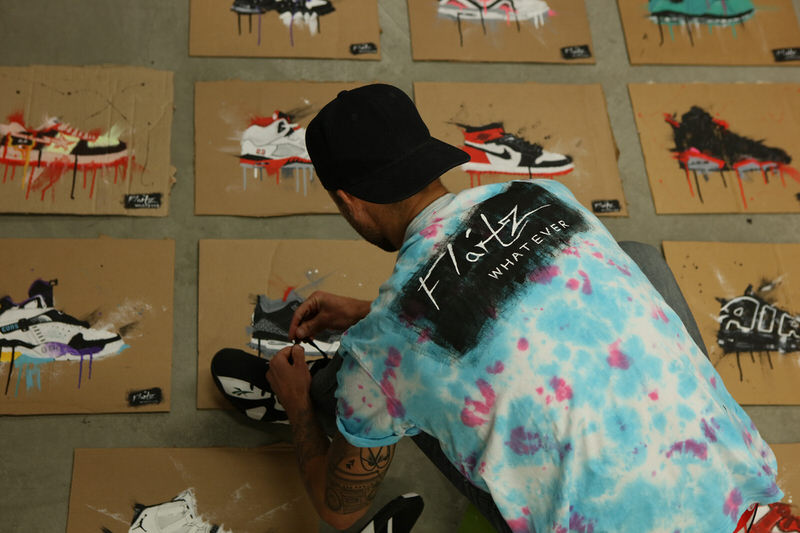