Last Thursday, in New York City, Chinese sportswear brand Li-Ning celebrated its Way of Wade 7 “Chinese New Year” release at two budding retail destinations. Launching both exclusively and simultaneously at Atmos NYC in Harlem and the soon-to-be-opened Soulstage in Manhattan, Dwyane Wade‘s seventh signature shoe in accordance with the “Year of the Pig” brought out feverish crowds at each location.

As one of the only Chinese New Year sneakers actually produced by a Chinese brand, Li-Ning’s iteration ranks high above many others in its intimacy and authenticity. There is a direct correlation to modern Chinese culture and a closeness to Wade and his newly expanded family.

“Peppa the pig is really popular in China and that’s connected to the fact that Dwyane has a new daughter,” said Zhou Shijie, Li-Ning Way of Wade 7 designer, when speaking of the shoe’s inspiration during the WOW 7 “CNY” launch at Atmos NYC. “She’s born in the Year of the Pig which ties back to the cartoon which Dwyane really liked.”

The shoe takes on the color story of the pig with a sharpness that completely mimics the whimsical character. It’s that youthfulness that has always given the WOW series separation. Moreover, it’s also one of the reasons that Shijie hopes Zaire Wade, Dwyane’s son and one of the most highly recruited young players in the country, will take over the series following his father’s retirement after this season.

“We’re always looking for new blood to join the brand and, you know, maybe Zaire is going to want to take over the WOW line.”

Dwyane, of course, has a lifetime deal with Li-Ning, representing masterful business savvy that athletes including LeBron James and Kobe Bryant have shown with their respective brands alongside Wade.

It would make sense that Zaire take over the Way of Wade line after his father retires given Wade’s long-term investment in the sportswear company. Li-Ning’s much-anticipated distribution in the US will begin to take form this year and next. Zaire could have an opportunity to ascend both his personal brand and that of the company’s to greater heights in the very near future. 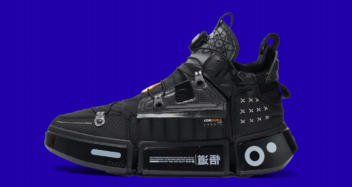 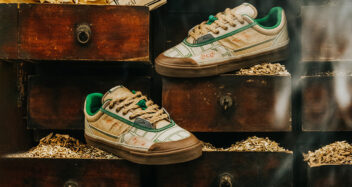 The Li-Ning Way of Wade 9 Infinity Gets Industrial 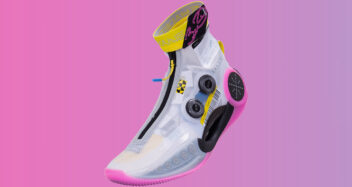 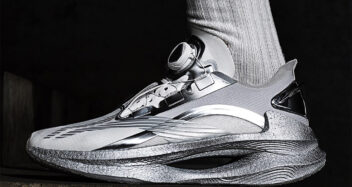