Running parallel with the sensibilities of an entire culture, Jordan Brand’s Levi’s x Air Jordan 4 was perfectly timed. Thanks in large part to Virgil Abloh and his DIY approach to strategically deconstructed footwear, custom pairs of the celebrated collaboration widely trumped the traditional notion of maintaining the cleanliness of coveted sneakers.

Atlanta-based designer Larry Luk didn’t require much time to consider keeping a white pair of the Levi’s 4s mint. His goal upon getting his hands on them was always to reimagine the design language through a secondary genre that informs the way we collectively dress. “I wanted to dye a pair with the intention of paying homage to the subculture of vintage tie dye tees that I’ve grown to love and collect,” Luk stated. “I also wanted to develop a technique that would be representative of the vintage tees – more than a squirt job or a single color dip.” 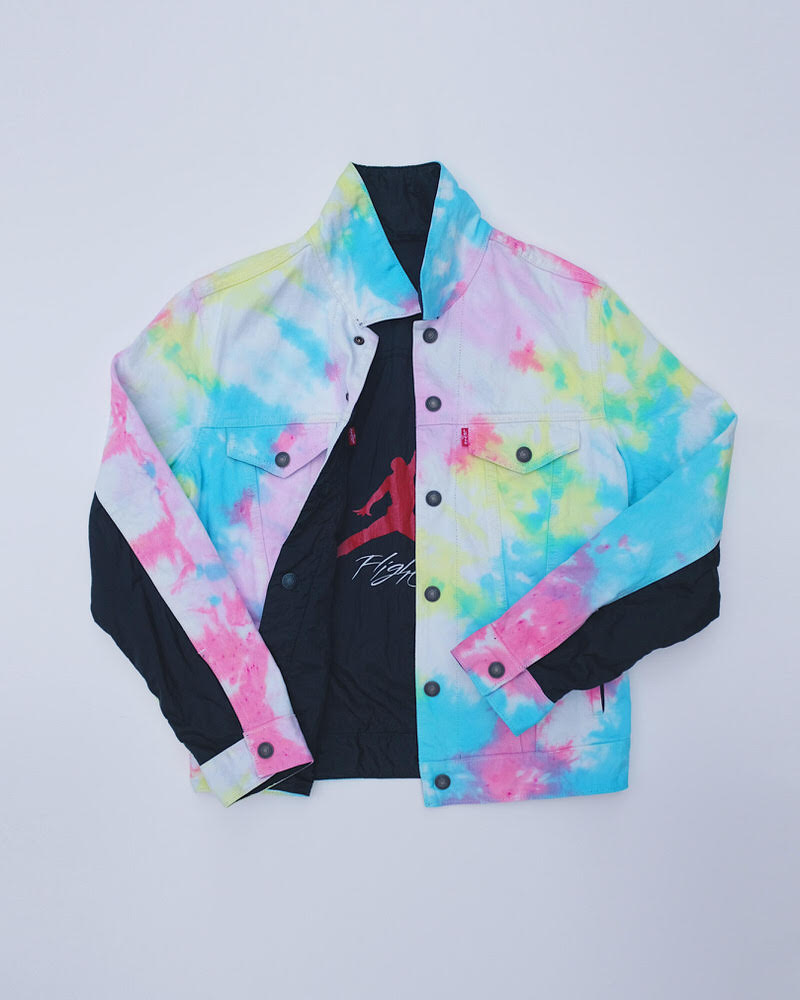 Luk, experienced in such endeavors given his apparel label We Are The Process and commission work dying vintage tees, approached the task with a step-by-step plan as opposed to unchecked experimentation.

“Acquiring the shoes was one hurdle. The second was executing a fail-proof plan. I had conversations with friends and consulted fellow designers like Megan Huntz about their experiences working with dyes, especially on objects that aren’t tees. Then I experimented across multiple mediums and turned my hands blue until I came up with a technique that felt authentic.”

Likened to a gradient fade or quite possibly the complexities of heat mapping techniques, Luk’s pair is undeniably rich in execution. There’s a preciseness seen through the light shades set atop the white denim construction. Nothing bleeds, there are no rough patches, and proper balance is noted as the laces and eyelets remain pristine. And while Luk had a general idea how the shoes would turn out, he’s still enjoying the fruits of his custom circulating sneaker culture swooning onlookers.

“These aren’t the first and I’m sure they won’t be the last customized Levi’s 4s that you see, but when it’s all said and done, I hope this effort that I created in my home in Atlanta will be part of the conversation.”

Keep up with Larry’s musing here.