Tonight, Kobe Bryant retires both #8 and #24 for the Lakers. While the Black Mamba is best known for his signature run with Nike by modern sneakerheads, two decades ago he was a teenager signed with The Three Stripes. Wearing adidas for his first six seasons, the Philly product that once shined at ABCD camp later lettered as a Laker from jump as the German company would lace him in their top EQT product, followed by very polarizing and progressive signatures.

From general releases to PEs to samples, here are the eight adidas Kobe kicks we most want retroed that also have not came back yet. Share your feedback in the voting poll and the comments section. 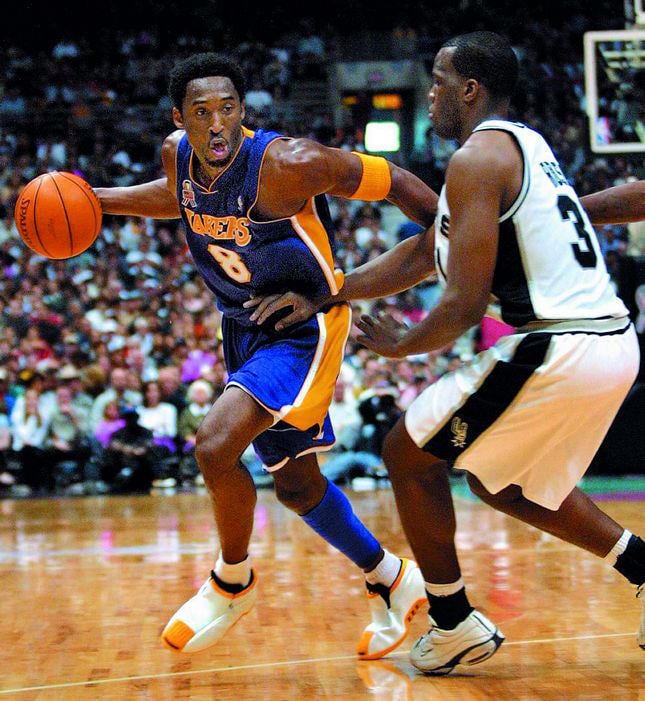 Years before “eggplant” was known as a suggestive emoji prone to slide into DMs it was first and foremost a vegetable and secondly a colorway nickname for that of the adidas The Kobe II. A home makeup of sorts, this white-based take on the shoe most compared to the Aztec was the tamest and wildest rendition of Kobe’s last adidas retail release at the same time. Why is that? Sleek tonal takes made total sense for the spaceship sneakers, but traditional team tones juxtaposed the look all the more.

The adidas EQT Elevation came back after a long, long wait in recent years. For purists though, seeing these come back without the EQT face logo was about the same as seeing your favorite Jordan retro with a Jumpman instead of Nike Air. It hurt. The details do matter, and they matter on all shoes. While it was amazing to see the Dunk Contest PE and oft worn Black/White pair return, this White/Black iteration (also worn by Detlef Schrempf) is still yet to get the retro treatment. Let’s see that happen with OG detailing.

Made famous by Kobe Bryant and kept swaggy by Jason Kapono, the adidas The Kobe I was really quite solid in all original colorways. In fact, it was so solid in OG colorways that when re-released as the Crazy 1 fans got a second chance on many a style.

While OGs led the retro run, as they should, this sample inspired by a rare Kobe II never released. These “USA” Crazy 1s would be a very welcomed retro as they crack our list.

We’ve seen the adidas KB8, presently known as the ‘Crazy 8,’ in just about every colorway under the sun. However, we still haven’t seen this PE pair for Kobe hit retail. Sporting tonal striping similar to his “All-Star” PE that never released originally but has made retro runs on numerous occasions, this “Home” take is a pair Kobe also preferred during his time with adidas. Mostly white but set off by Laker accents, we’d love to see these come back for the first time. 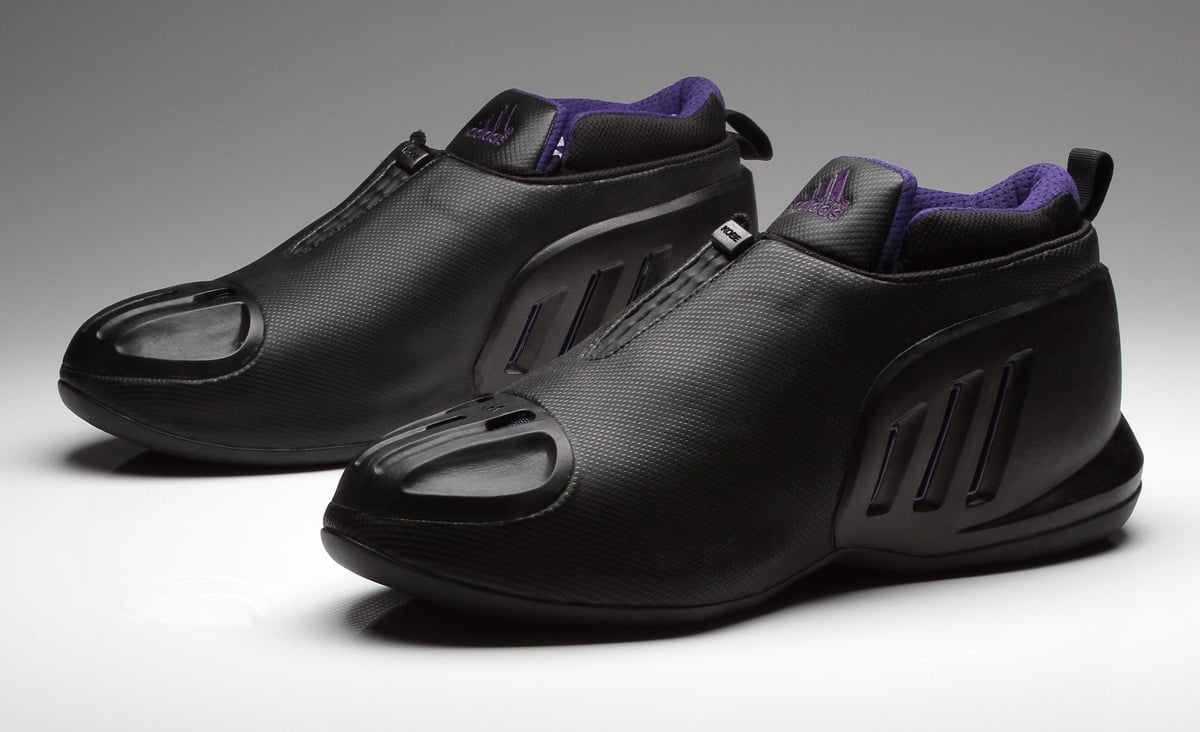 The shoe that never was was, well, awesome. More rugged and exposed than the Kobe II, these still packed the futuristic look and linear progression that was developing with the Kobe line. Could you imagine how wild the adidas The Kobe series could’ve gotten by shoe IV or shoe V? We will never know, but do to leaked samples and second market variants we do know what The Kobe III looked like and we like it. Let’s bring these back as the Crazy III, please. 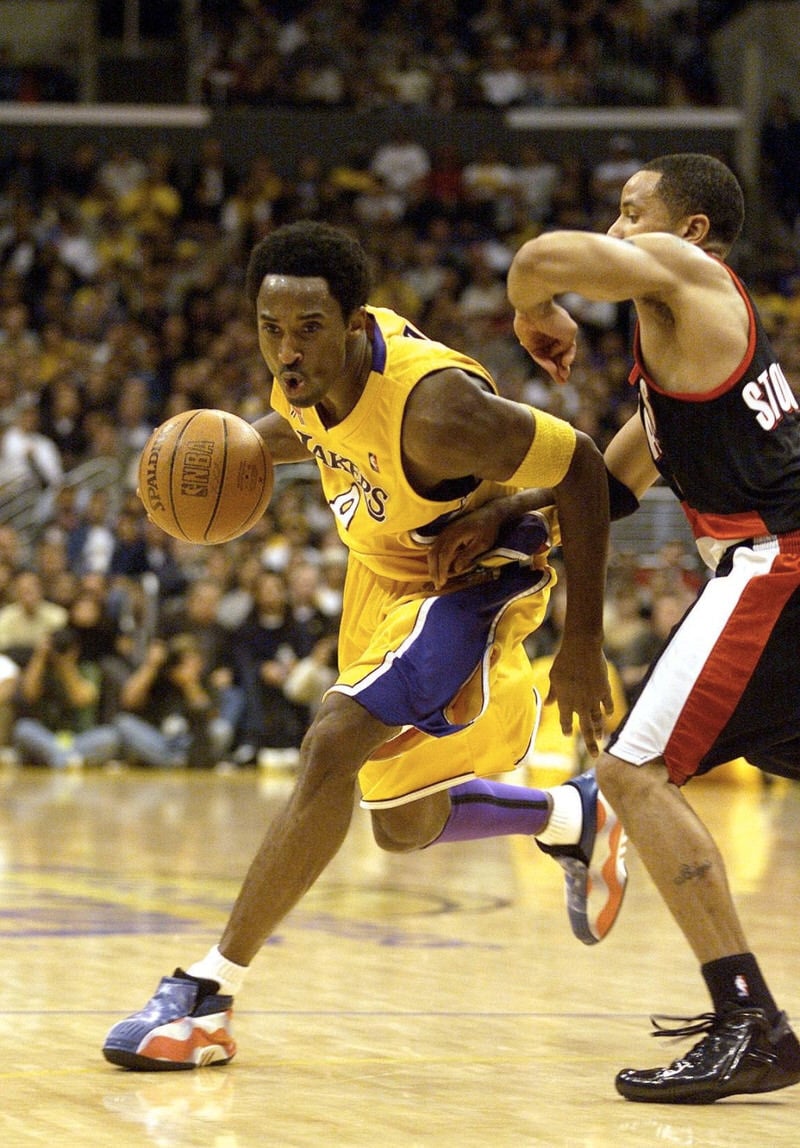 A patriotic pair reserved for the likes of The Black Mamba and King James when he was only a prince, the adidas The Kobe II “USA” may be one of the most infamous Kobe colorways despite its feel good look. Bold and brash, draping the USA flag over the progressive silo was a brazen move but perhaps the best yet for the signature sequel. Never released at retail, we’d like to see that change as Kobe rises to the ranks of the rafters.

Sure, we all have our favorite pair of adidas Kobes, but it’s fare to assume #8’s favorite pair was the adidas The Kobe. Rocking said model for each NBA Finals title run for his first three rings, adidas made him this PE pair in 2002 that featured a black base with purple and yellow accents. In original or retro form it has never released, but these would make for an ill bringback. 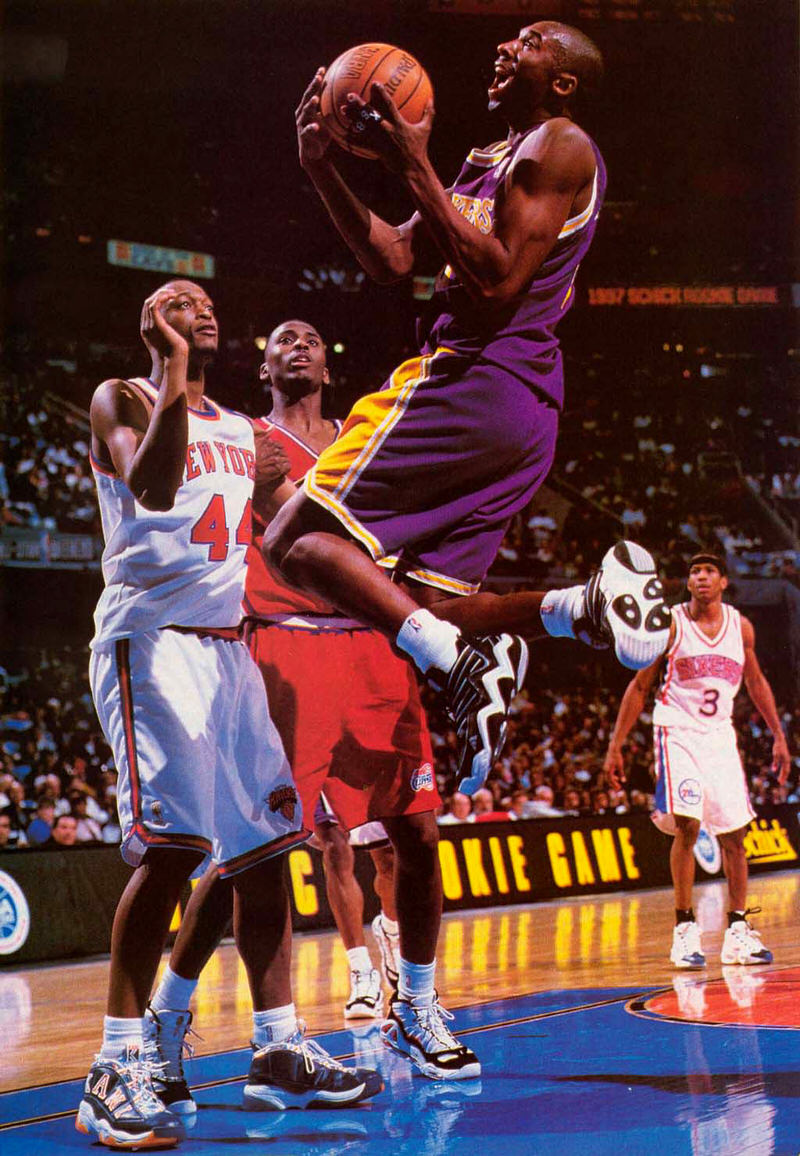 The shoe that started it all is also among the few to never comeback. Worn by Kobe Bryant during the majority of his rookie season, the adidas Top Ten 2010 may not have been an accurate prediction of where The Three Stripes basketball line would be ten years after the turn of the century, but they still do look cool. Heavier than Crazy Light and predating Boost, this EQT model built for the hardwood does see Kobe playing in lows long before he was pushing ankle insurance. We like that and we want these back.