When Klay Thompson takes the floor tonight, he’ll be donning a gold knit edition of his Anta KT3 signature model, but it won’t be the first time you’ve seen the shoe.

Thanks in part to a viral video shot during the Golden State Warriors’ recent pre-season trip to China, Klay sprawled out in a bathtub with thirty pairs of the “Gold Blooded” KT3 and sunglasses on — and didn’t even have to say a single word. As the story goes, in vintage China Klay fashion, Anta reps pulled up to his hotel room with sneakers and shot the quick video on the spot.

Beyond just the dominant gold colorway honoring the team’s “Ring Night” later this evening, you’ll find several more subtle details throughout the new KT3 sneaker. A more technically advanced and nuanced design than his first two models, Klay’s third shoe features a protective high-cut collar. The adjustable strap is inspired by ancient Chinese warrior armor, linking the brand’s regional history with Thompson’s team. The outsole of the shoe incorporates a fingerprint pattern, driven by Klay’s sharpshooting on the court and quick release from his fingertips.

Check out the “Gold Blooded” Anta KT3 in detail below, in Klay’s exact size 15. Only 100 pairs will go on sale in China this Saturday, October 22nd, and yes, that means some lucky customers will get pairs that were featured in Klay’s instant classic bathtub video. 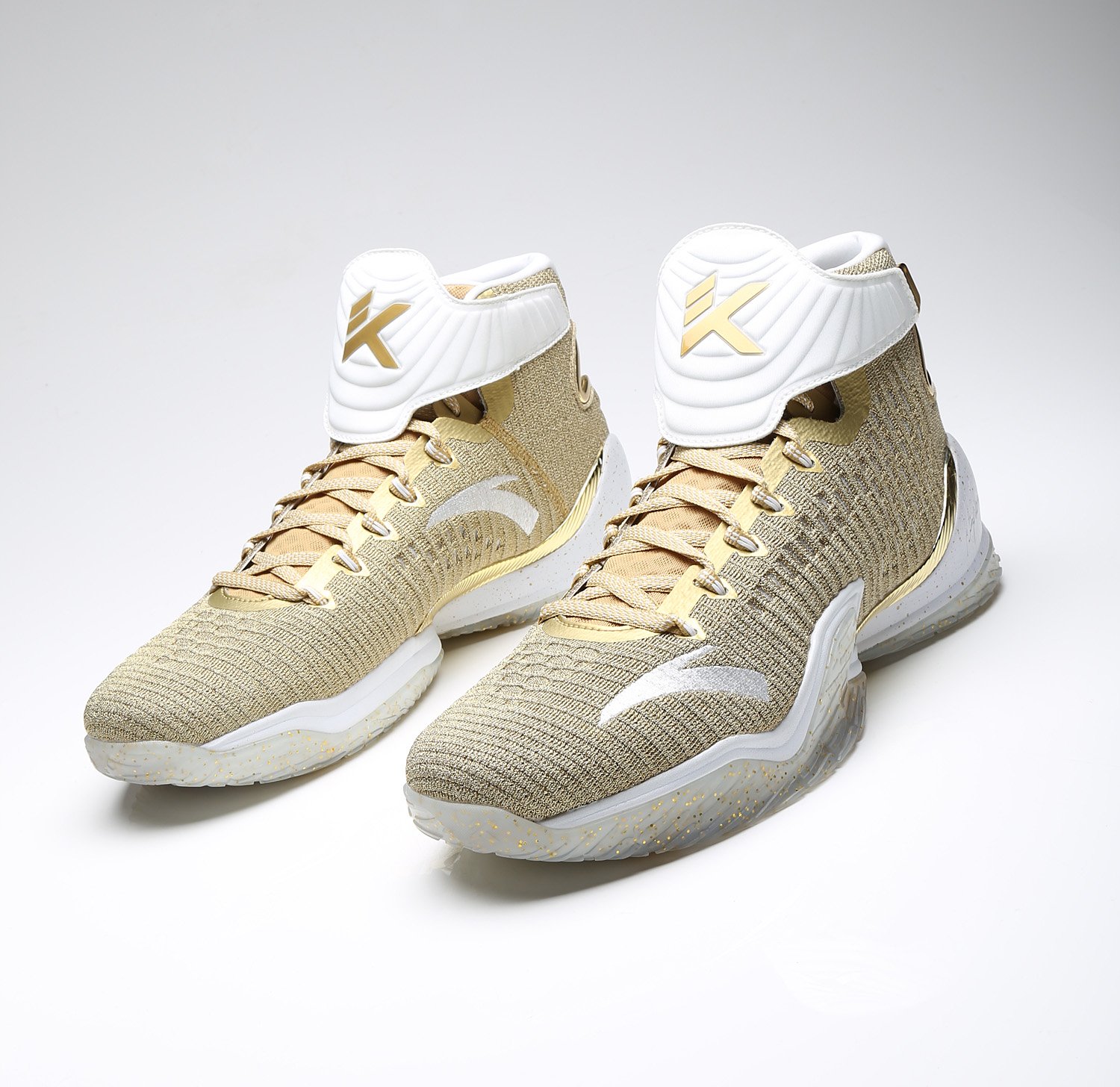 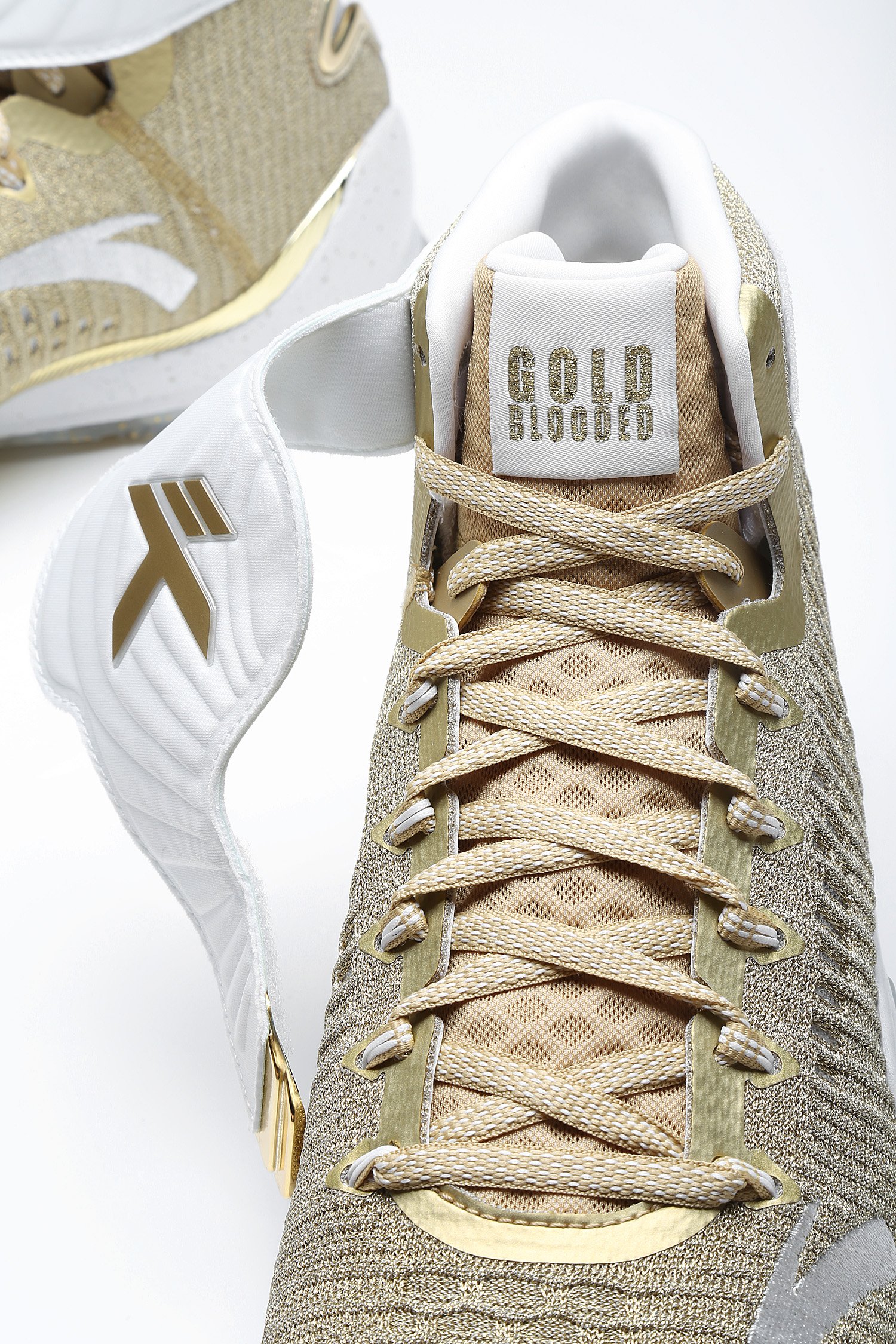 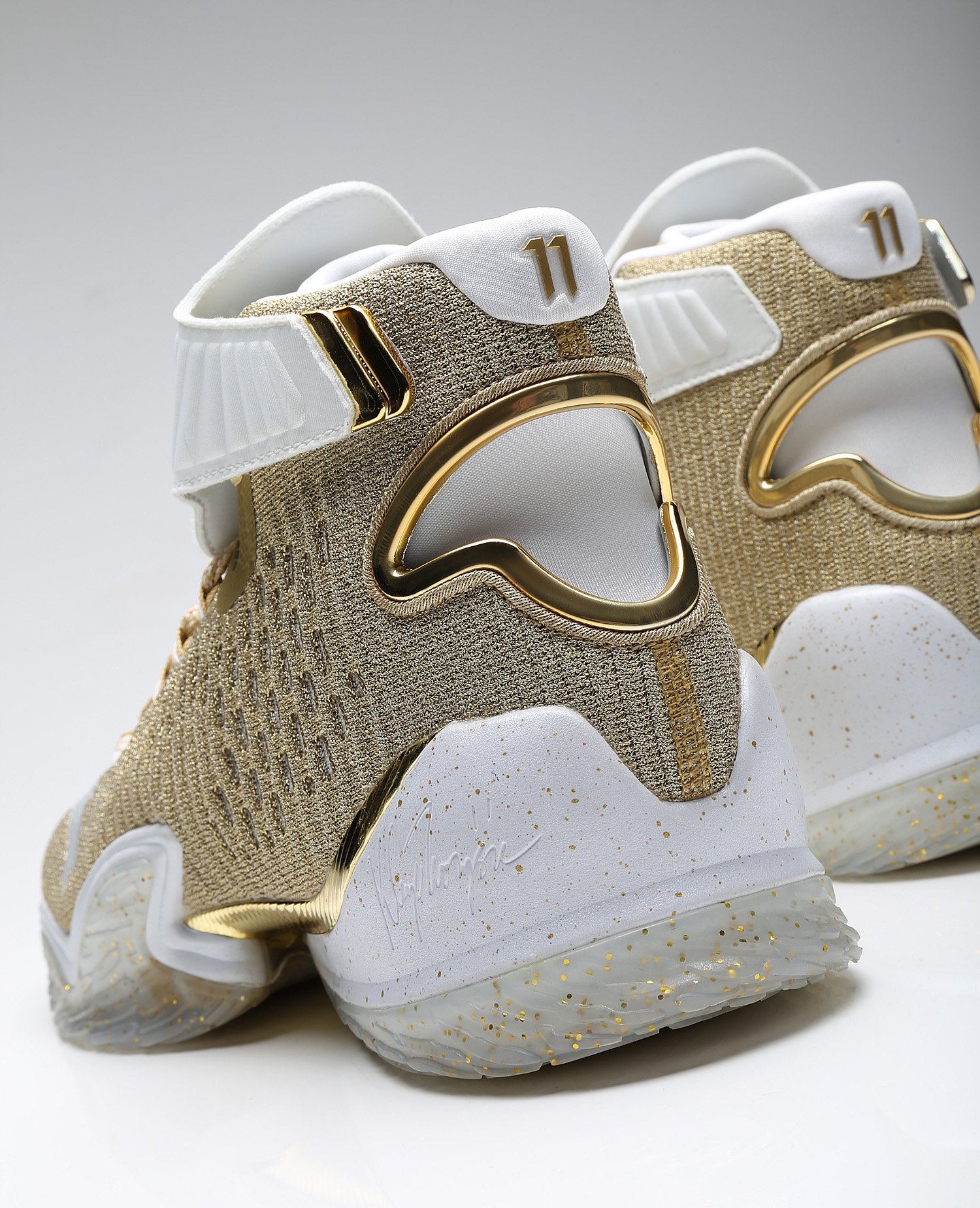 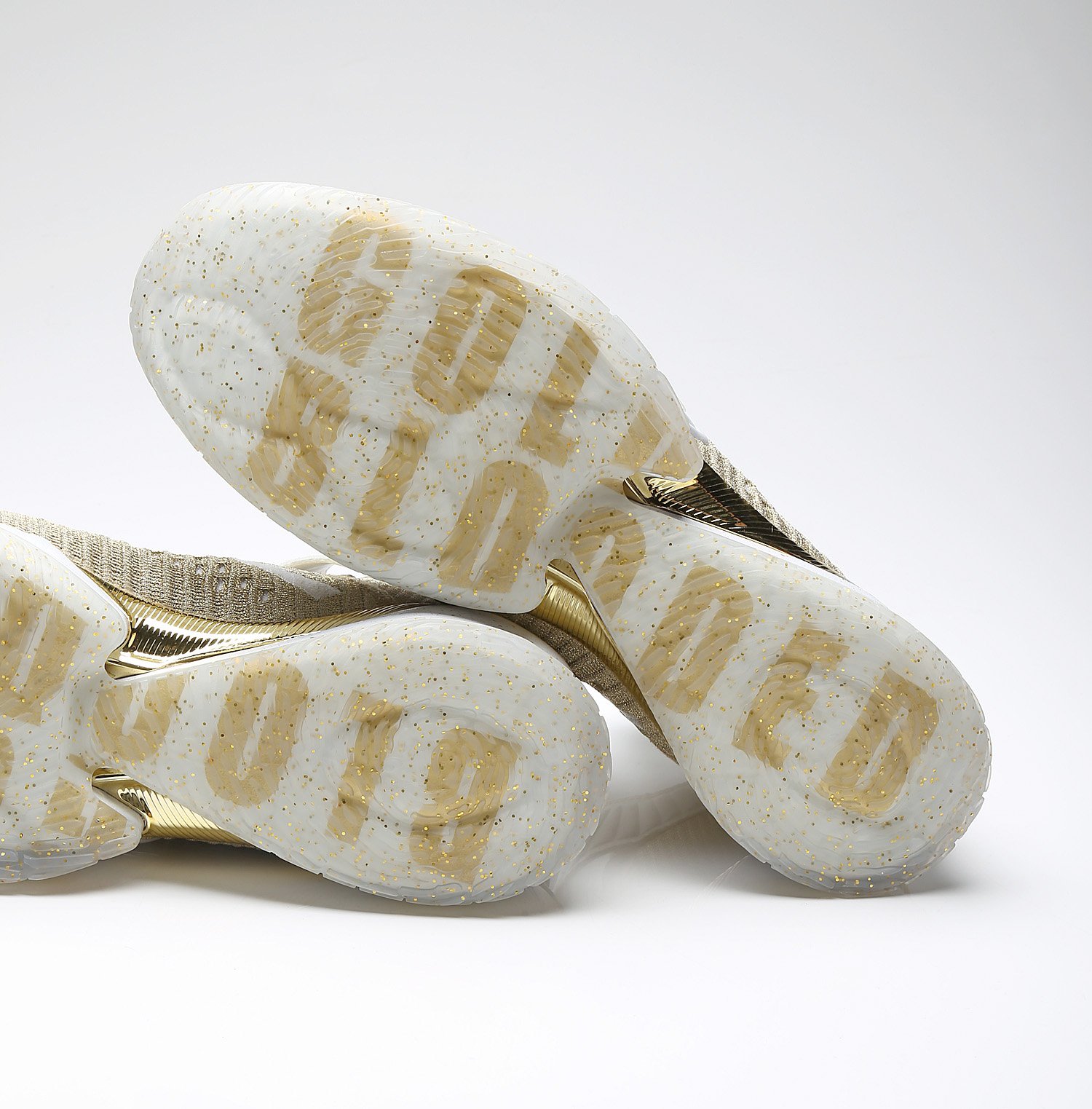 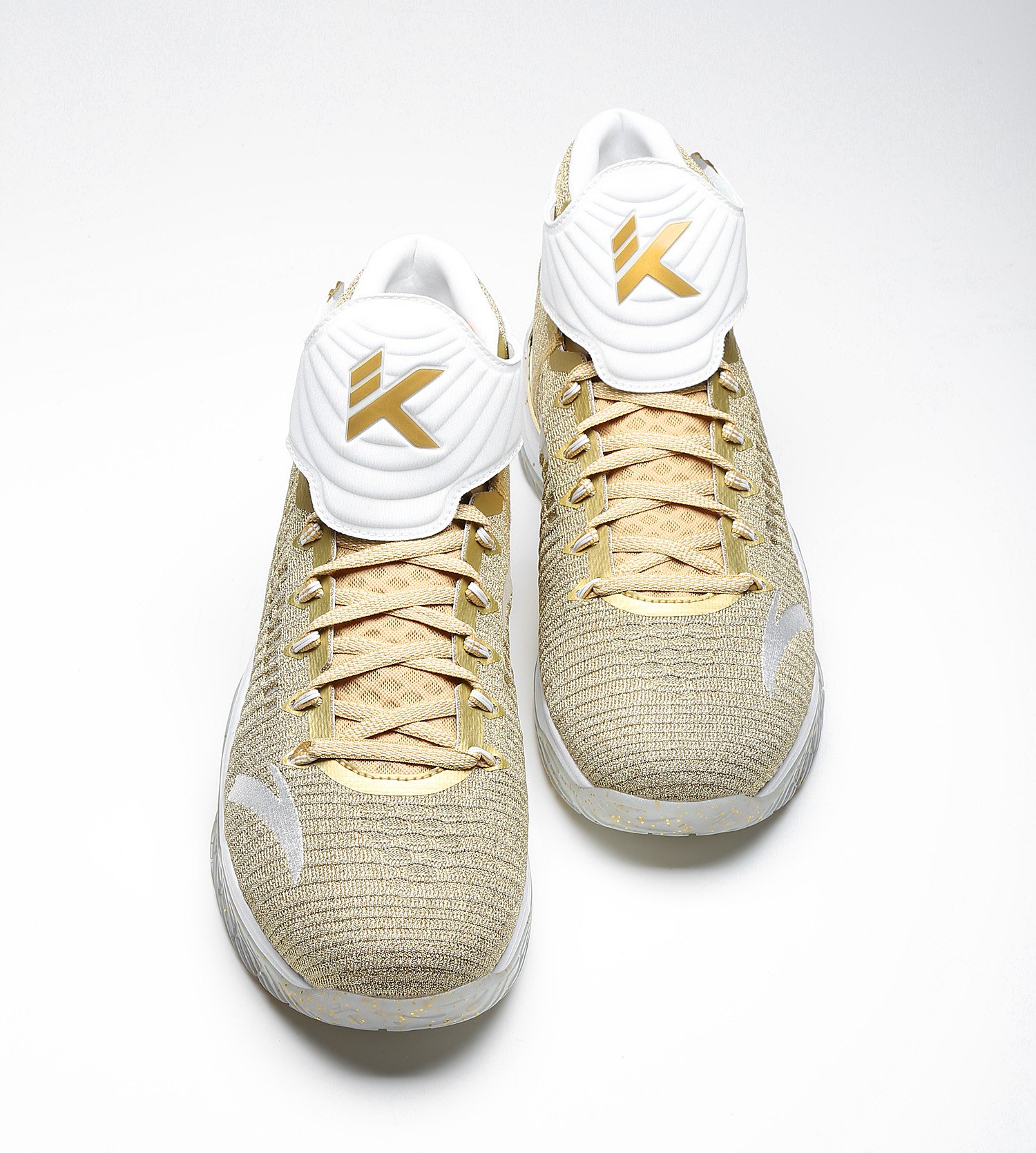 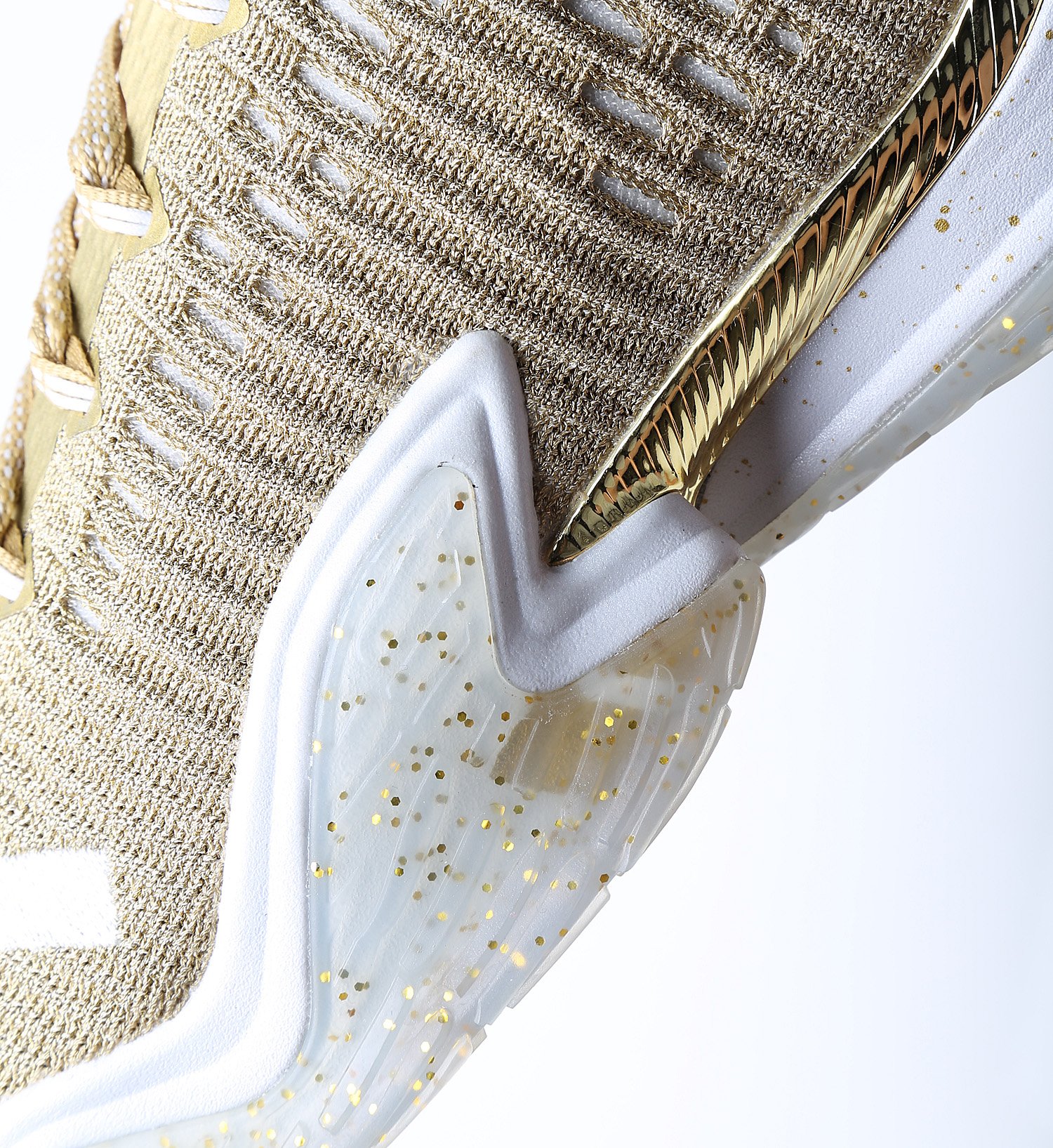 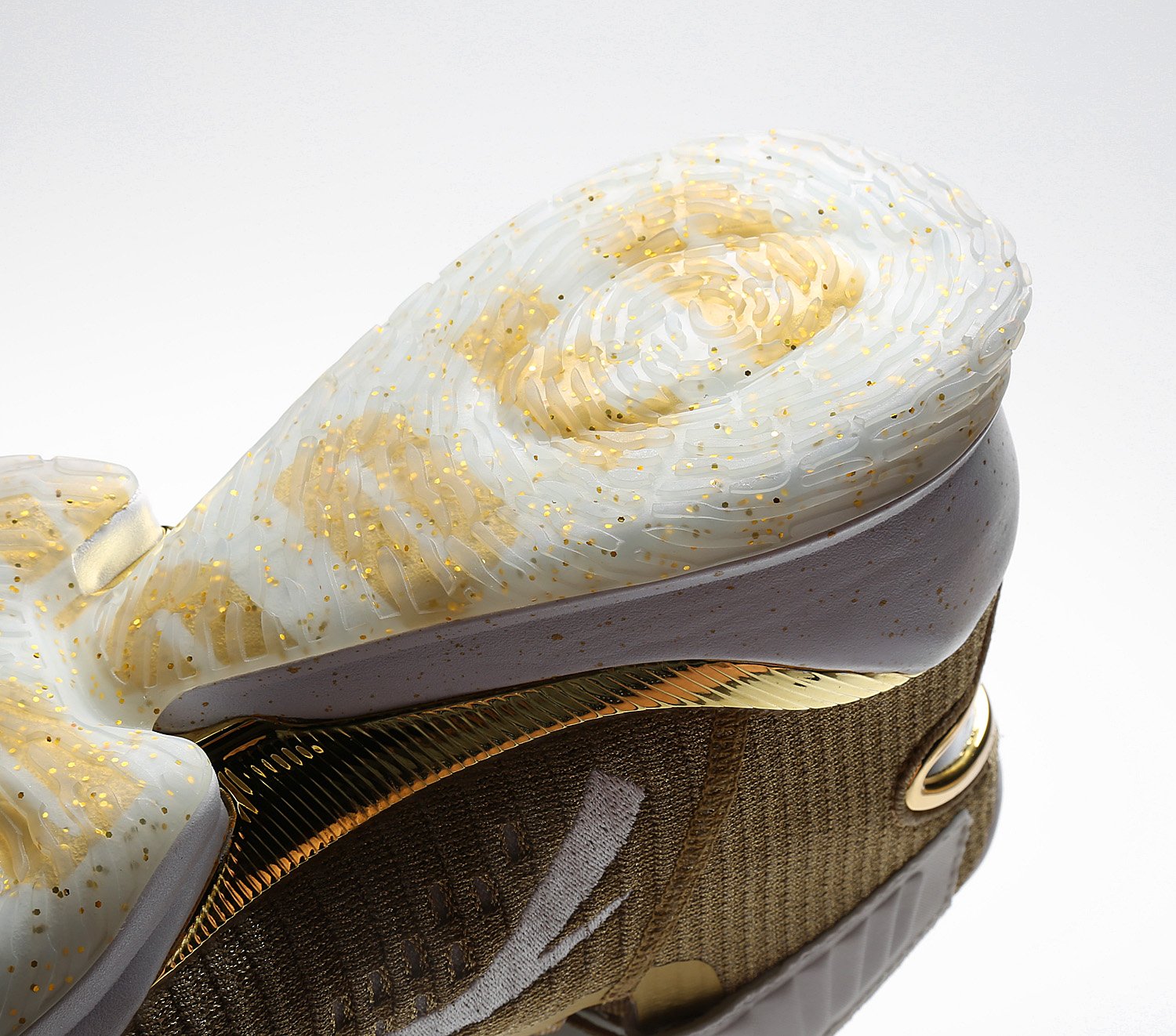 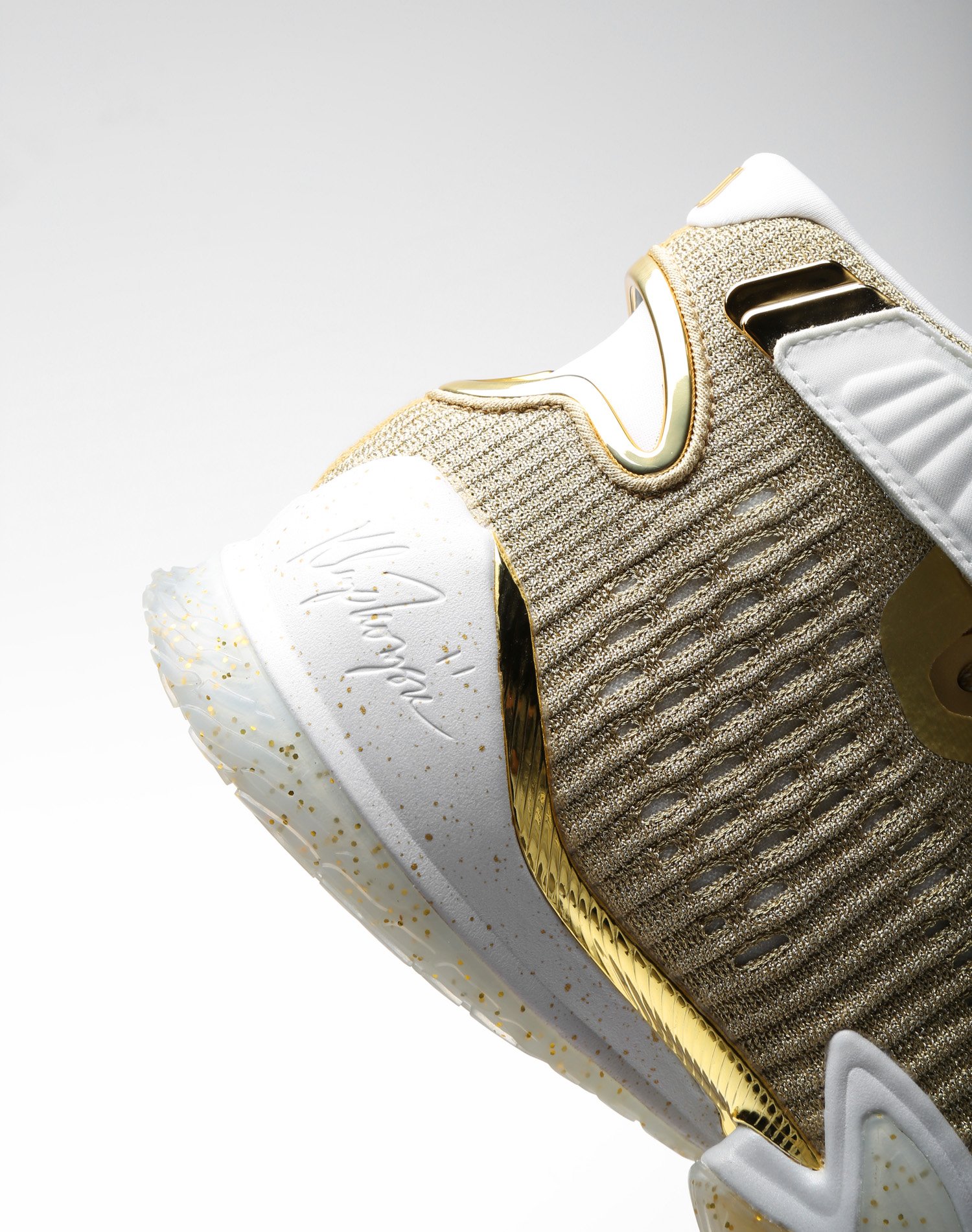 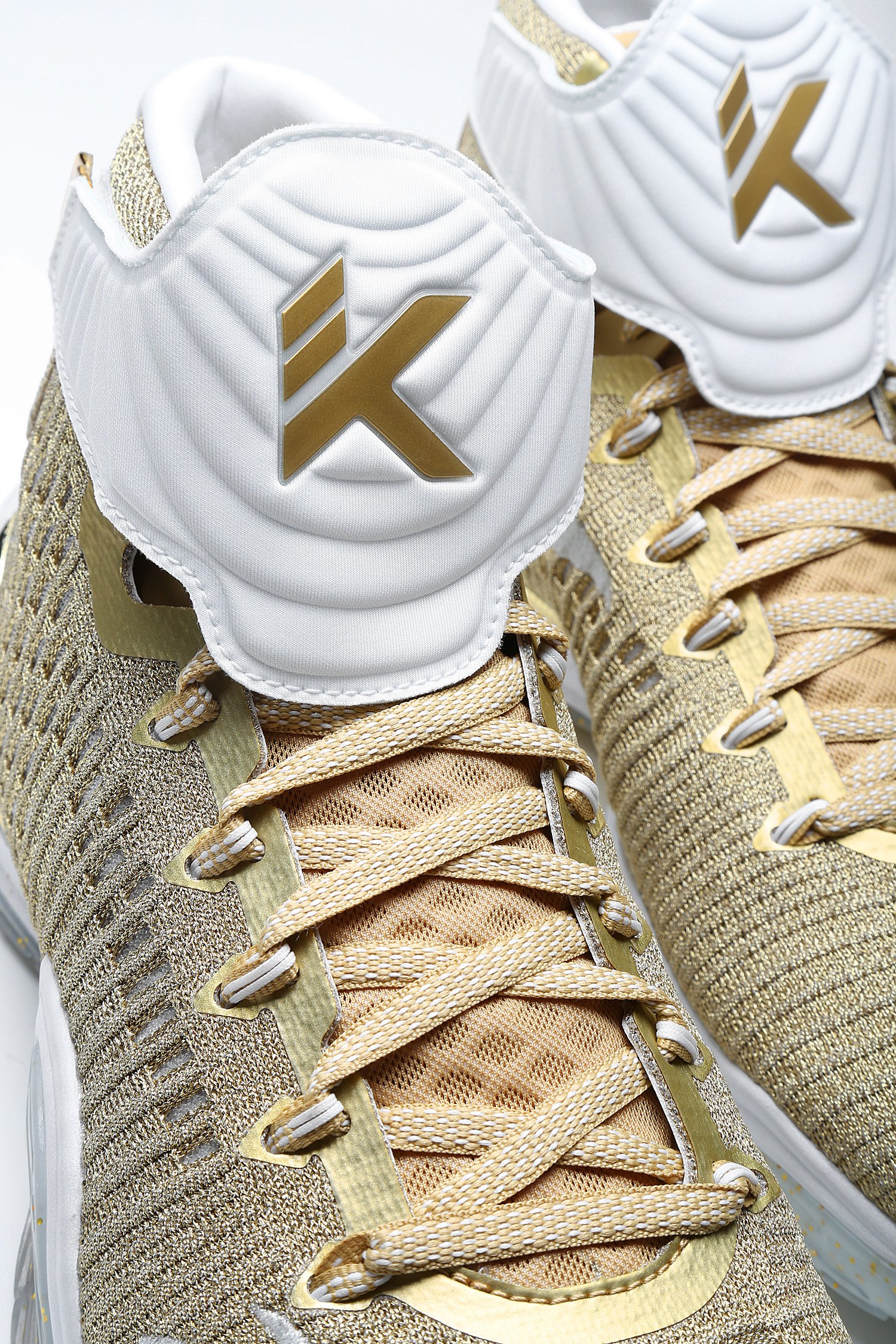 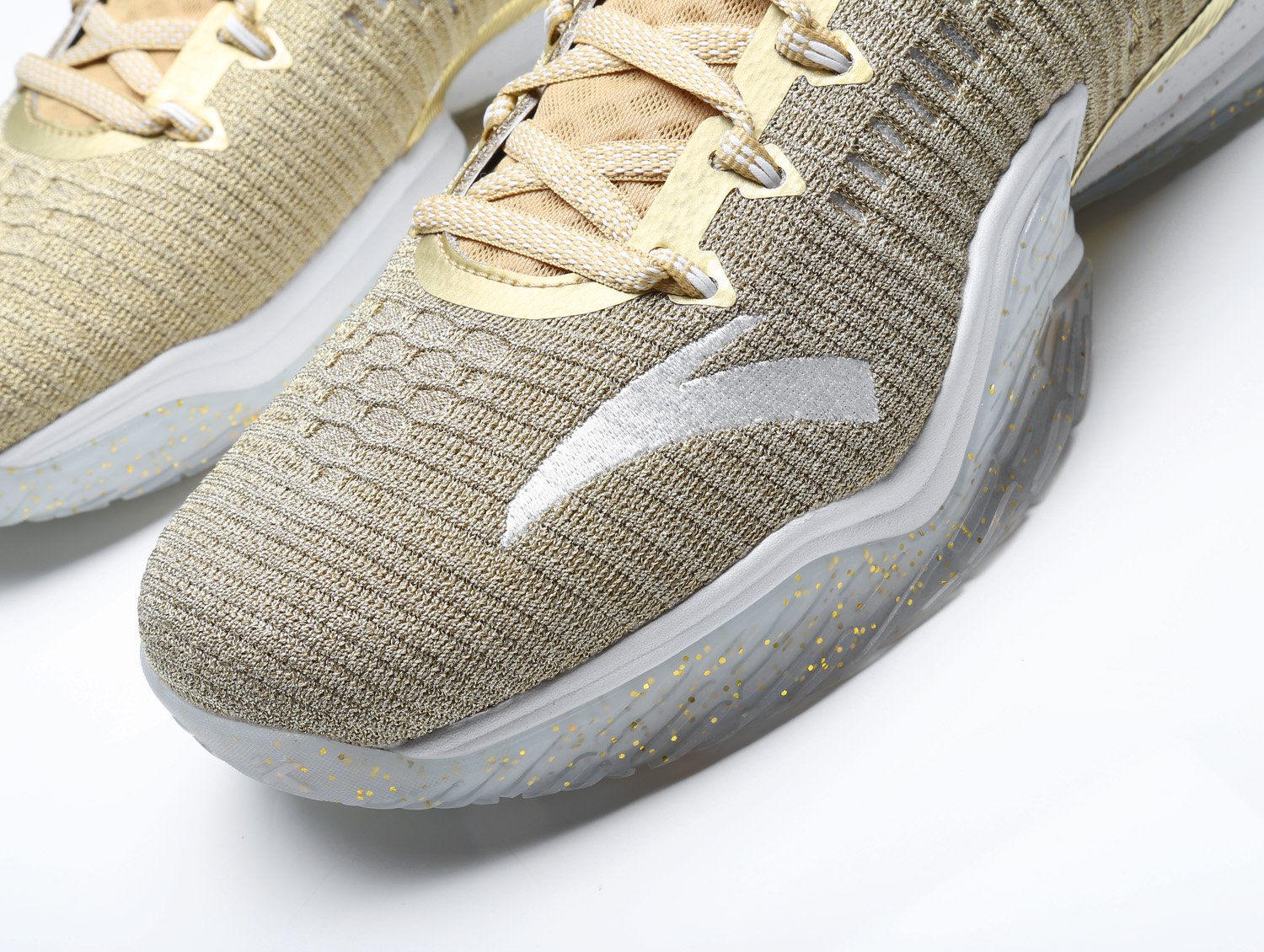 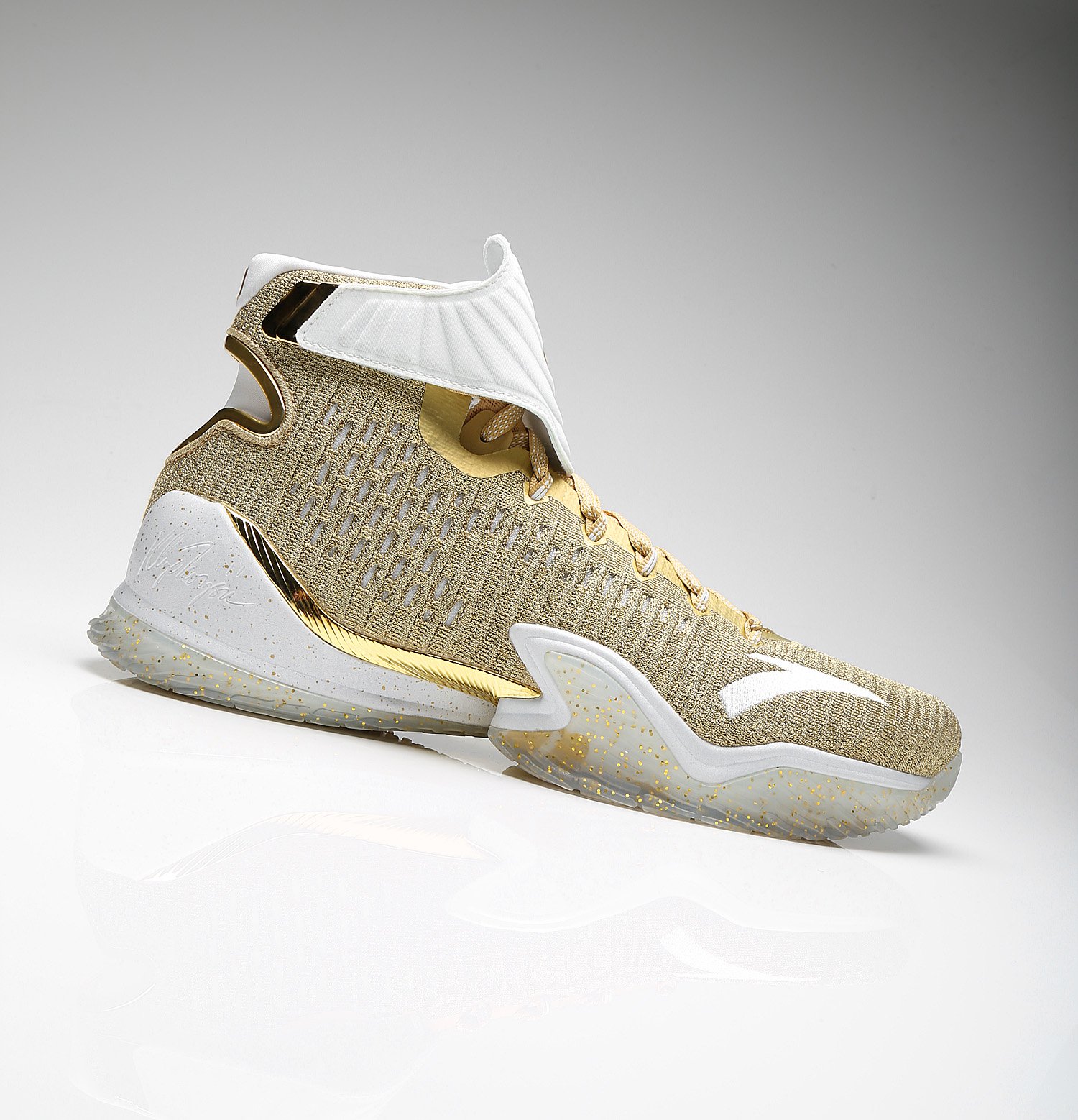