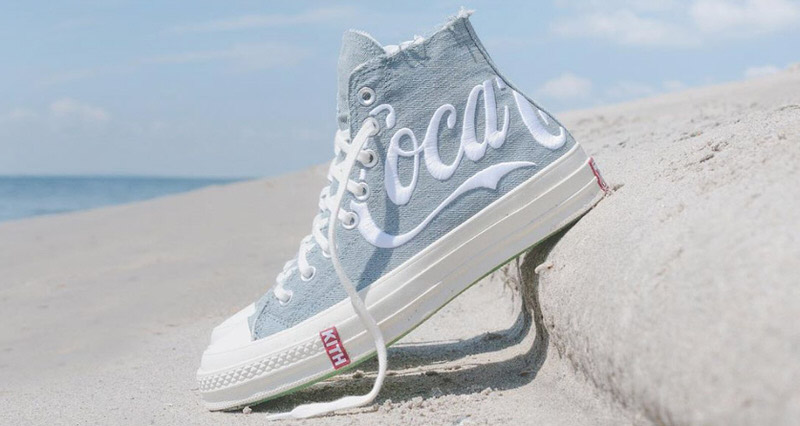 Back in 2017, the KITH x Coca Cola x Converse Chuck Taylor “Denim” was a must-have for fans of menswear both old and new.

It was also an only-have if you were KITH friends and family. However, that’s about to change.

The denim Friends and Family Kith x Coca Cola chuck 70’s from two years ago is getting released with this years collection.

Announced on IG by Ronnie himself, the washed denim Chucks with Coca-Cola co-branding are set to release at Kith with the brand’s latest capsule collection.

The shoes will launch at the Kith x Coca-Cola Hawaii Shop on Friday, August 2nd with pairs expected to hit continental Kith locations one week later.