Once he began working on his eleventh Nike signature shoe with his longtime designer Leo Chang shortly after joining the Golden State Warriors, the early premise was simple. Kevin was looking for a clean, cozy and easy sneaker he could take straight to the hardwood, with no break-in period and ample cushioning. 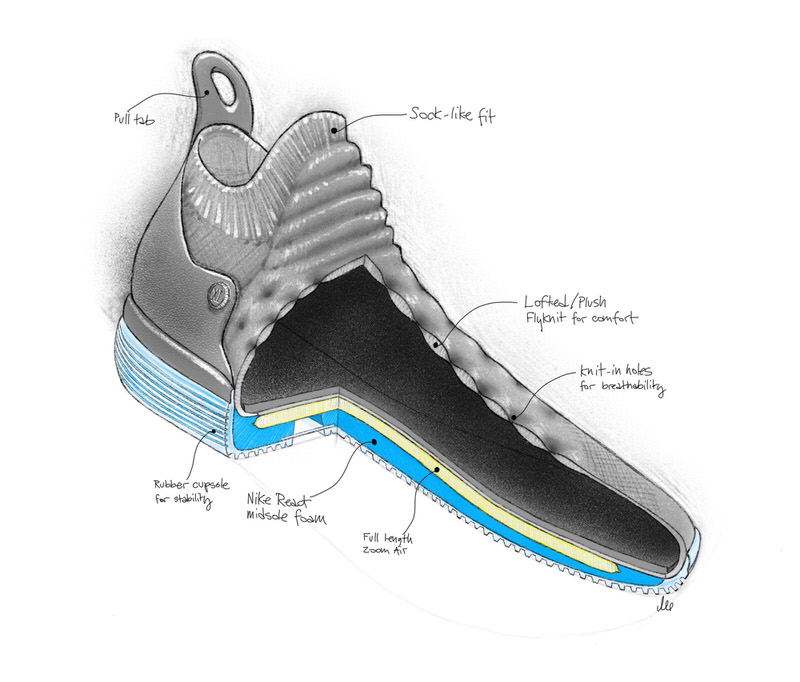 The tech is all under the hood, as the React foam midsole is housed in a clear rubber cupsole, with a full-length Zoom Air unit embedded under the sockliner.

This can all be confirmed in plain sight, according to the midfoot text on the outsole…

The shoe’s silhouette also shifts from model’s past, as the 11 features more of a chukka height, in a more casual-friendly knit construction inspired by some of KD’s favorite off-court Nike runners. He’s known to show up to games in Flyknit sneakers and Tech Fleece track suit, often opting for a laid back look, while his peers take their pre-game fashions more seriously.

“He likes the feel of the Flyknit Trainer and the Nike Epic React,” says Chang. “Last summer, he loved the Air Sock Racer — that is where the collar of the 11 came from, and all the lofting in the tongue and quarter followed.”

To kick things off, Nike will have a “Paranoid” colorway for Durant to rock with his Warriors uni, alluding to the fact that he’s paranoid about people taking his spot as one of the world’s greatest players. A simple black and white edition will also be launched, playing off his “Still KD” mantra and easygoing lifestyle.

Look for the Nike KD 11 to hit stores in June. 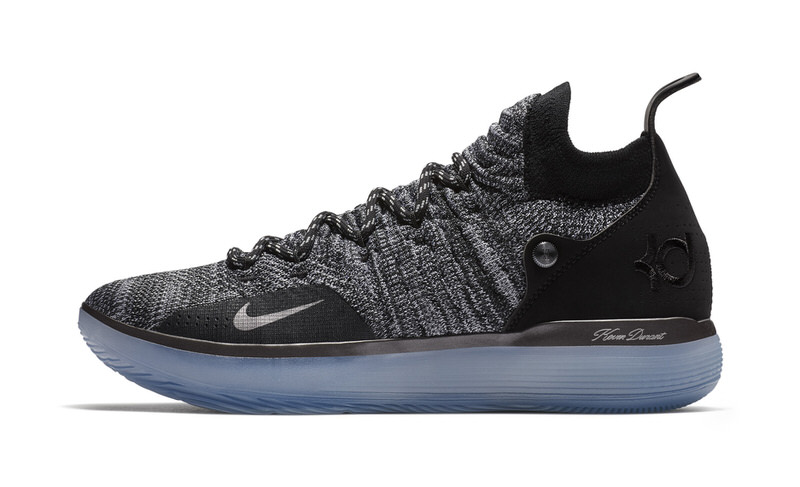 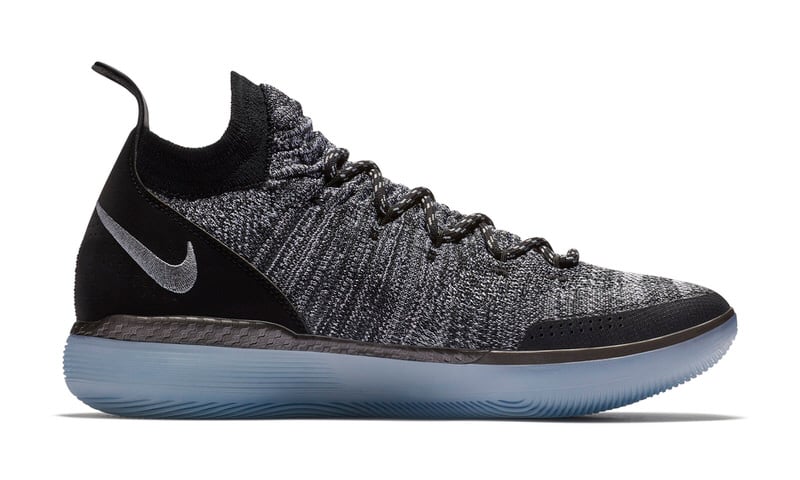 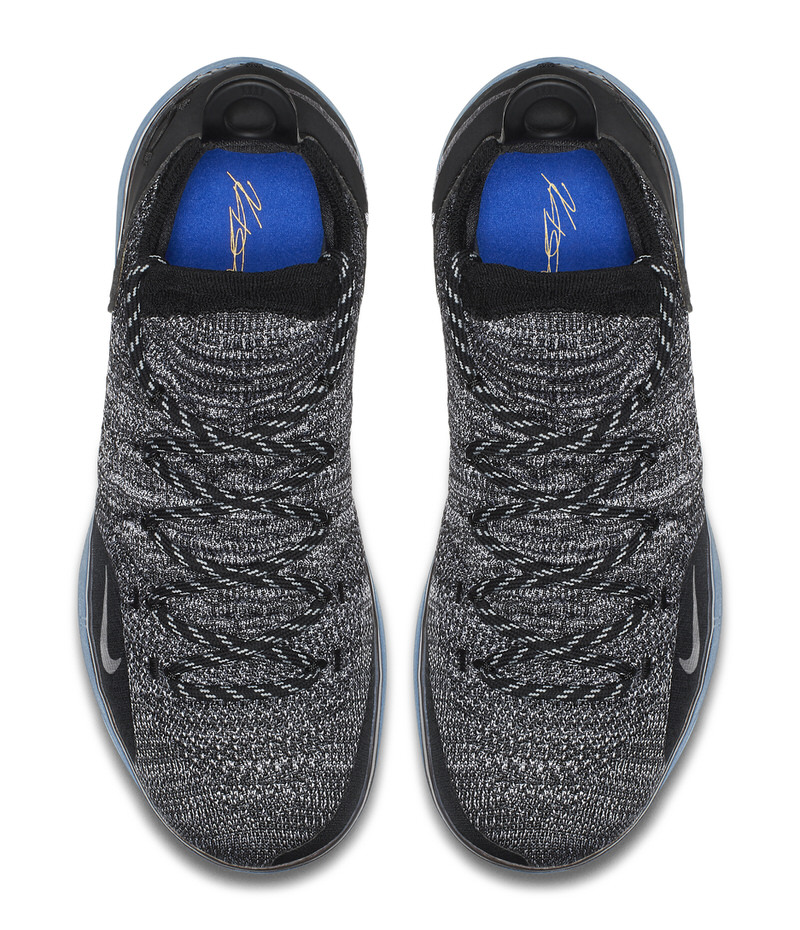 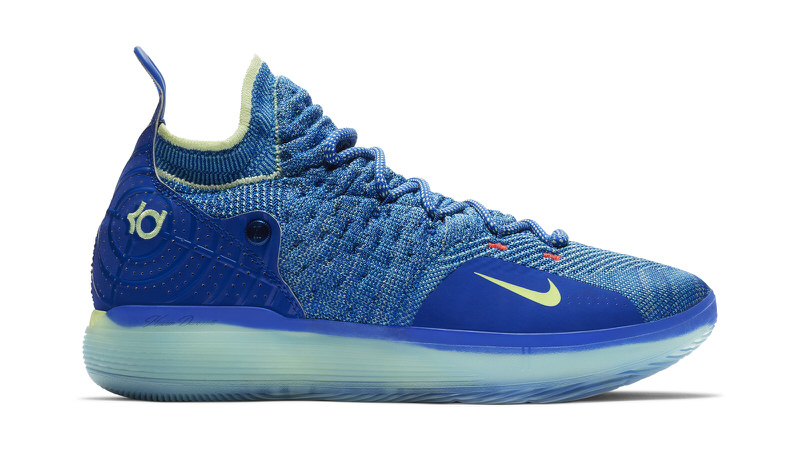 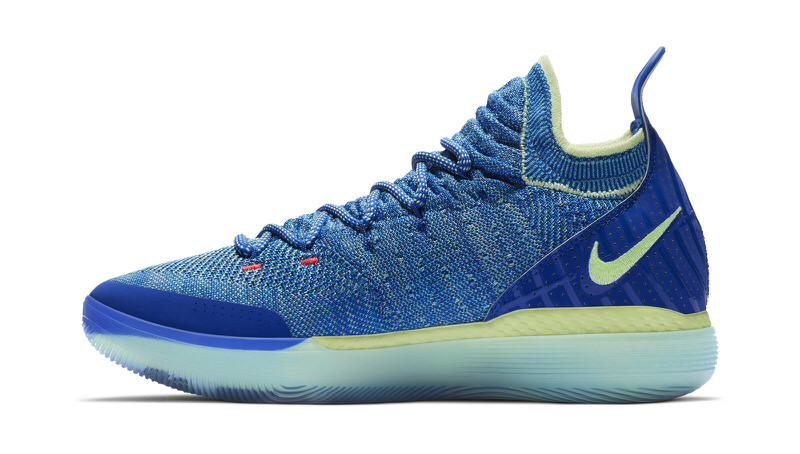 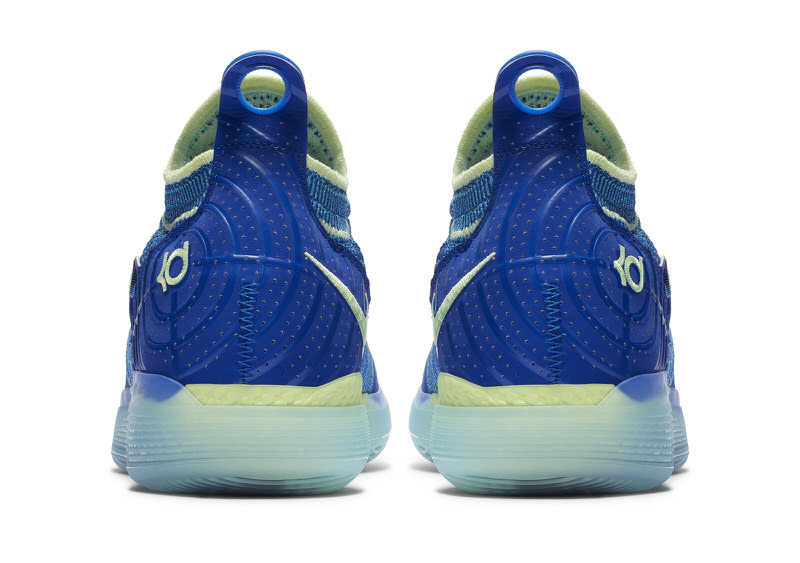 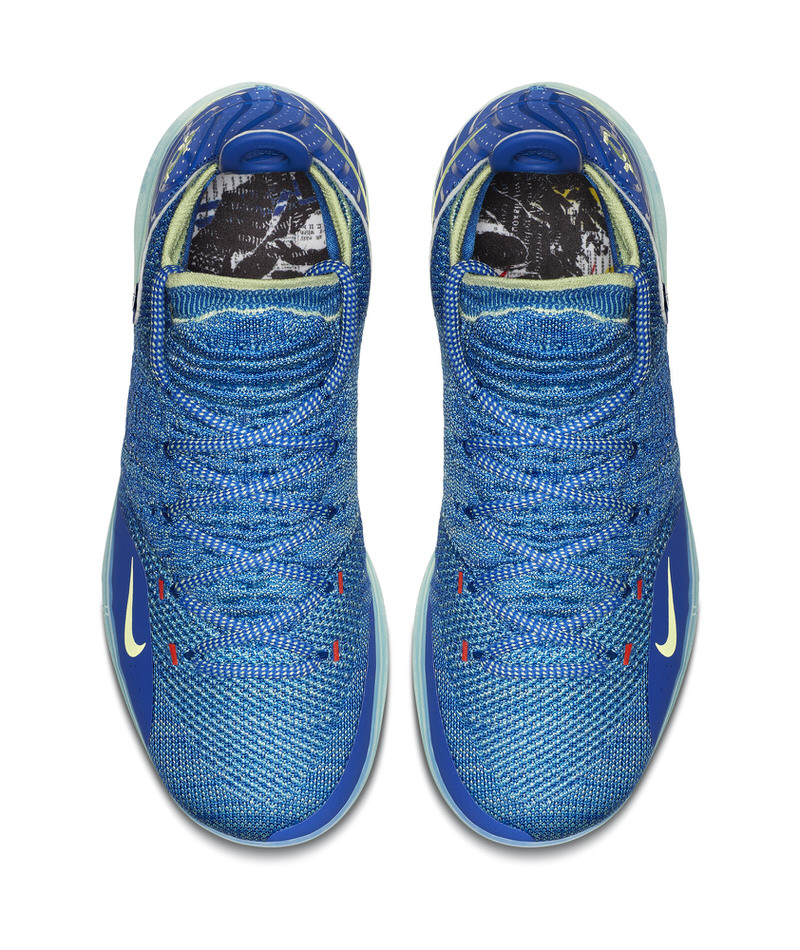 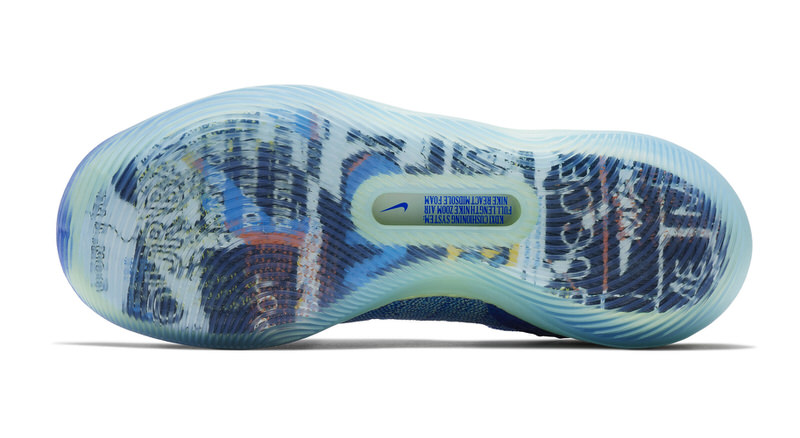 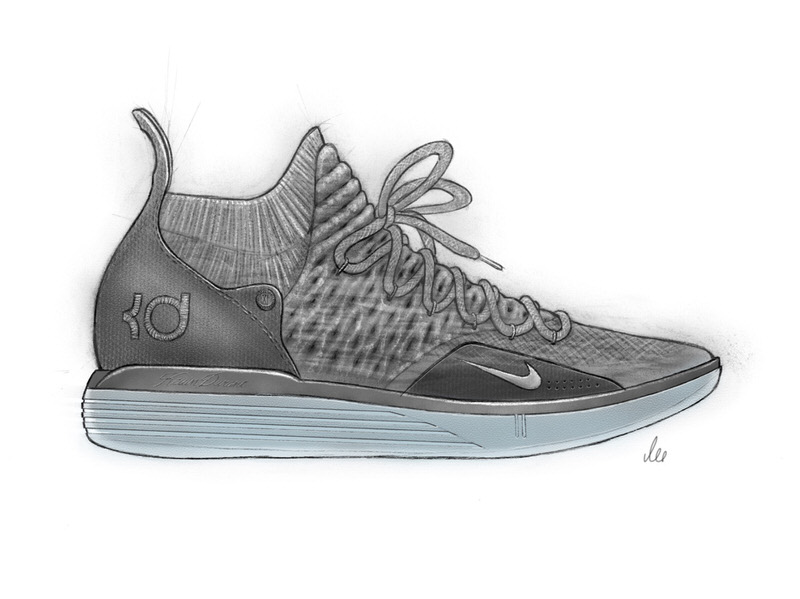 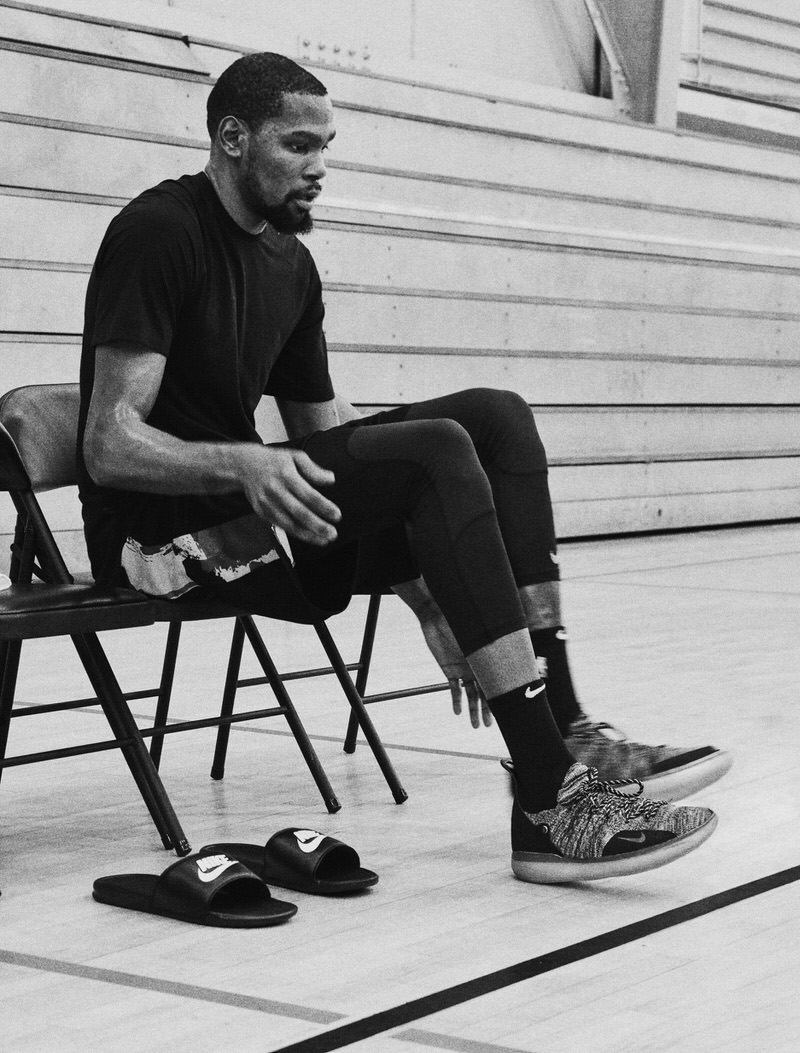 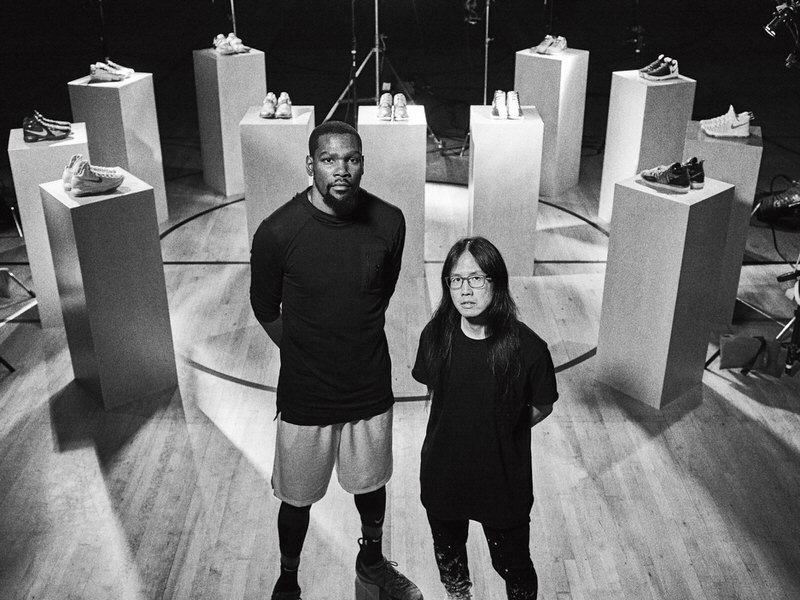 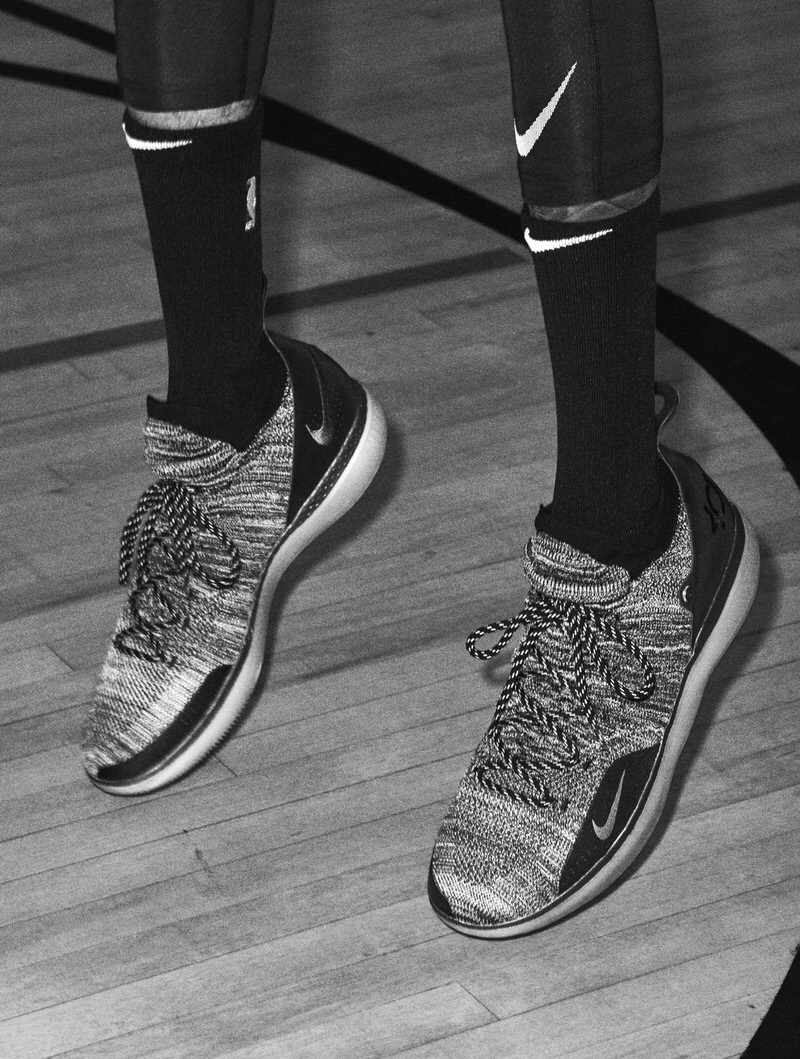