For the second straight playoffs, Golden State Warriors superstar Stephen Curry will be debuting an all-new sneaker for the playoff run, as the Warriors look to make a return to the NBA Finals for a third straight summer.

After winning his first NBA championship in the Curry One in 2015, and later making it to last year’s Finals in the Curry 2.5, this year represents yet another new shift for Curry’s footwear series, as he’ll be leading a new team series model. To hear all about the design, why the brand is going away from the .5 concept and what insights from Stephen helped to shape and frame the newest sneaker, we caught up with designer Kort Neumann and Stephen Curry throughout the course of the season. 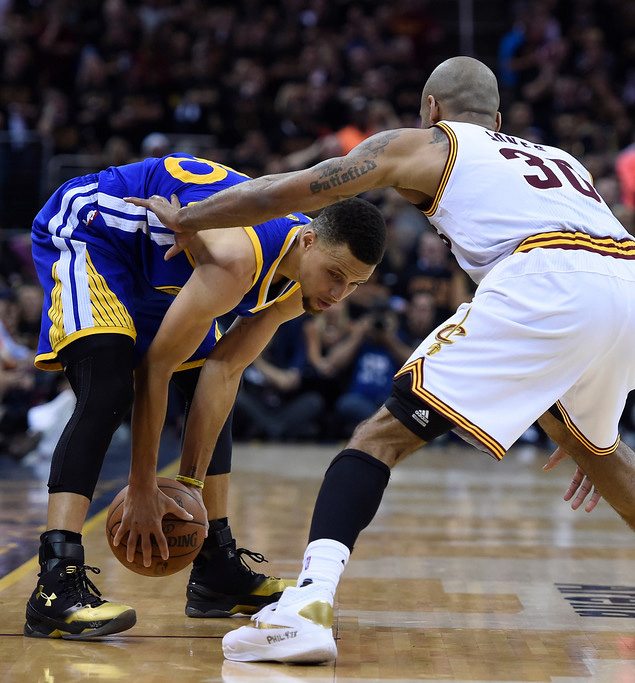 From Stephen’s standpoint, he was fueled for this season by facing last year’s Finals loss head on. As he describes it, getting stronger, quicker and simply more efficient were some of the key goals of his over the offseason and throughout the regular season.

That overall approach helped to influence the design of the Curry 3Zer0, as the footwear team looked to inject those same principles into the initial Curry 3 starting point.

Stephen Curry: “Trying to get stronger was the biggest thing, to get real specific. I played at a certain weight for the last three or four years, and I wanted to up that a bit. Throughout the course of 82 games, I feel like I’m a lot more prepared for how the games are played in the playoffs and the intensity. There are things that they let happen in the playoffs versus the regular season, so I want to always be my strongest on the floor.

Game wise, I didn’t really add a certain skillset. There’s no new post game, or anything like that. [laughs] I’ve always been a big fan of doing things I do well, even better. I can be more efficient, shoot the ball better and make better decisions with the ball as a point guard. Obviously, with the talent we have, the onus is on me to be able to balance all of that.” 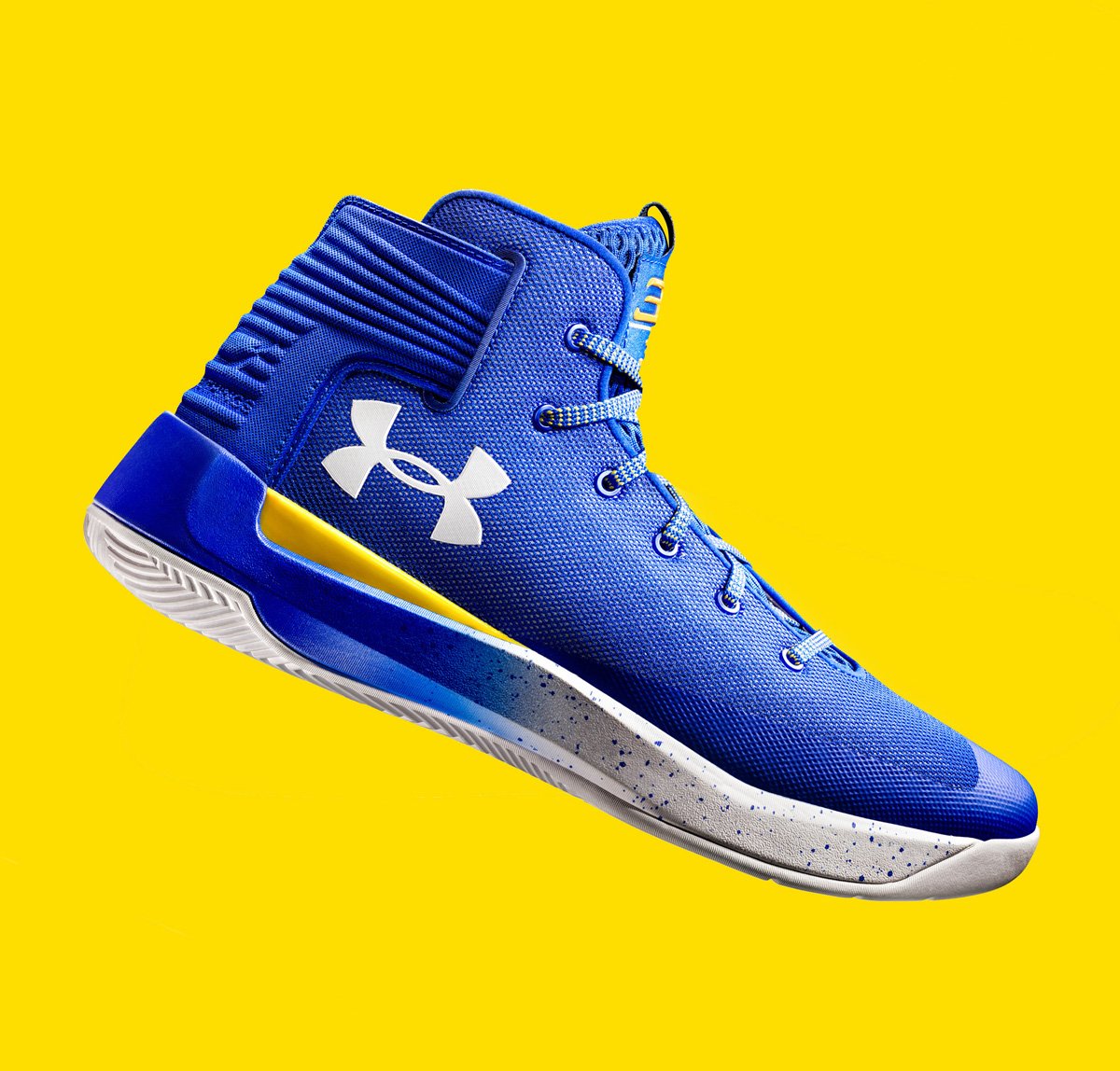 With that in mind, Neumann looked to craft more of a ‘race car’ for Curry — the collar and upper are more pliable and contoured than the Curry 3 — resulting in a streamlined lace-and-go sneaker.

Kort Neumann: “Basically, we wanted to take his shoe, and in designing for the postseason, we wanted to make it a lighter version. We started with a marathon shoe, and now we’re building a racing spike or a race car for a 2-month time period. We wanted to simplify the expression of his shoe, without compromising containment. We made some changes during the season based on feedback from him, and we were able to make some updates and design the shoe that we have now.” 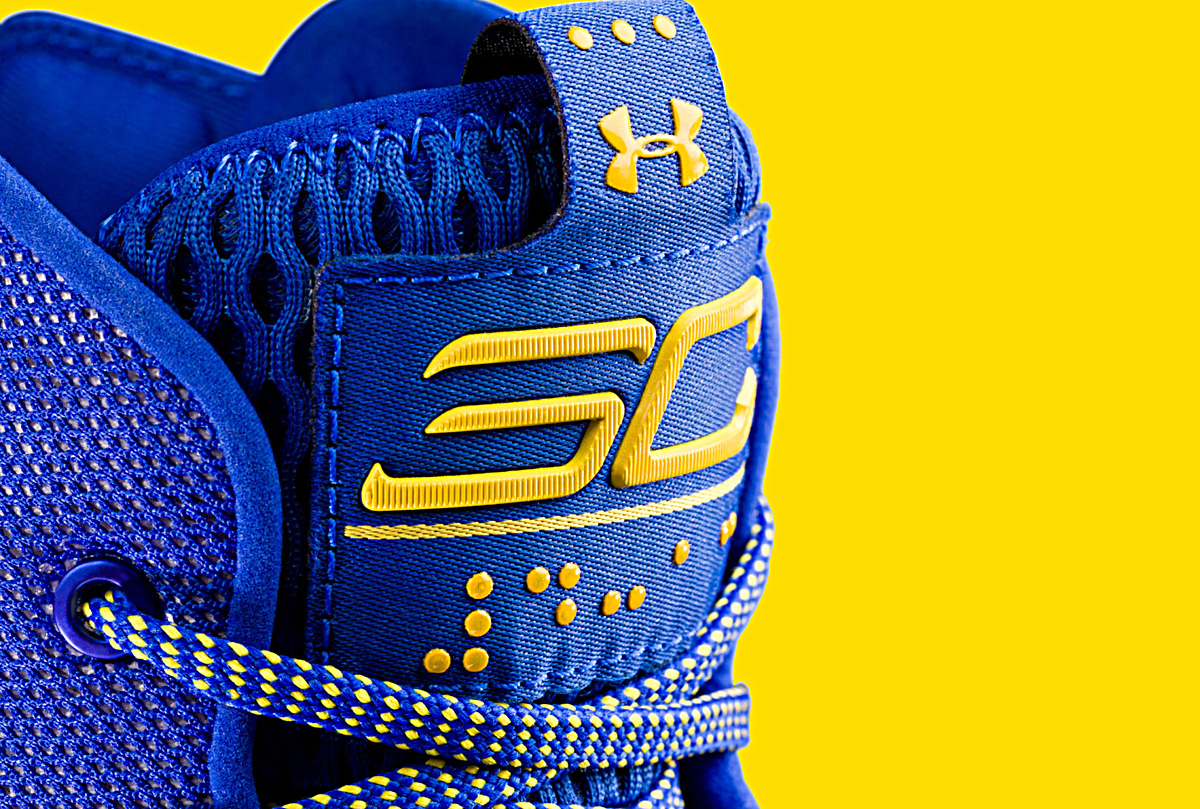 While less detailed than a true signature shoe of his, the 3Zer0 still contains several of the hallmarks and constants that drive Curry on court. The outsole features a design nod to the Golden Gate Bridge suspension cables, along with a full spelling of the ‘TCC’ abbreviation that he has tattooed on his wrist, standing for, “Trust. Commitment. Care.”

On the tongue label, you’ll notice a braille code, standing for 4:13, an ongoing source of inspiration throughout both Curry’s life and career. Each of his shoes to date have featured a variation of the Bible verse in some fashion, and as he described in detail at the launch event for his first signature sneaker, it’ll continue to be a motivating force.

Stephen Curry: “The 4:13 is a mantra that I live by and something that drives me every single day. It’s my favorite Bible verse, Philippians 4:13, and the verse is ‘I can do all things through Christ who strengthens me.’

It’s not so much just the verse, and more than that, it’ll hopefully inspire people to find something that drives them, whether that’s a verse or some other motivating force that keeps you hungry and keeps you driven. That’s mine, and you can pick whatever yours is and let that drive you too as you continue with basketball or whatever field you’re in in your life.” 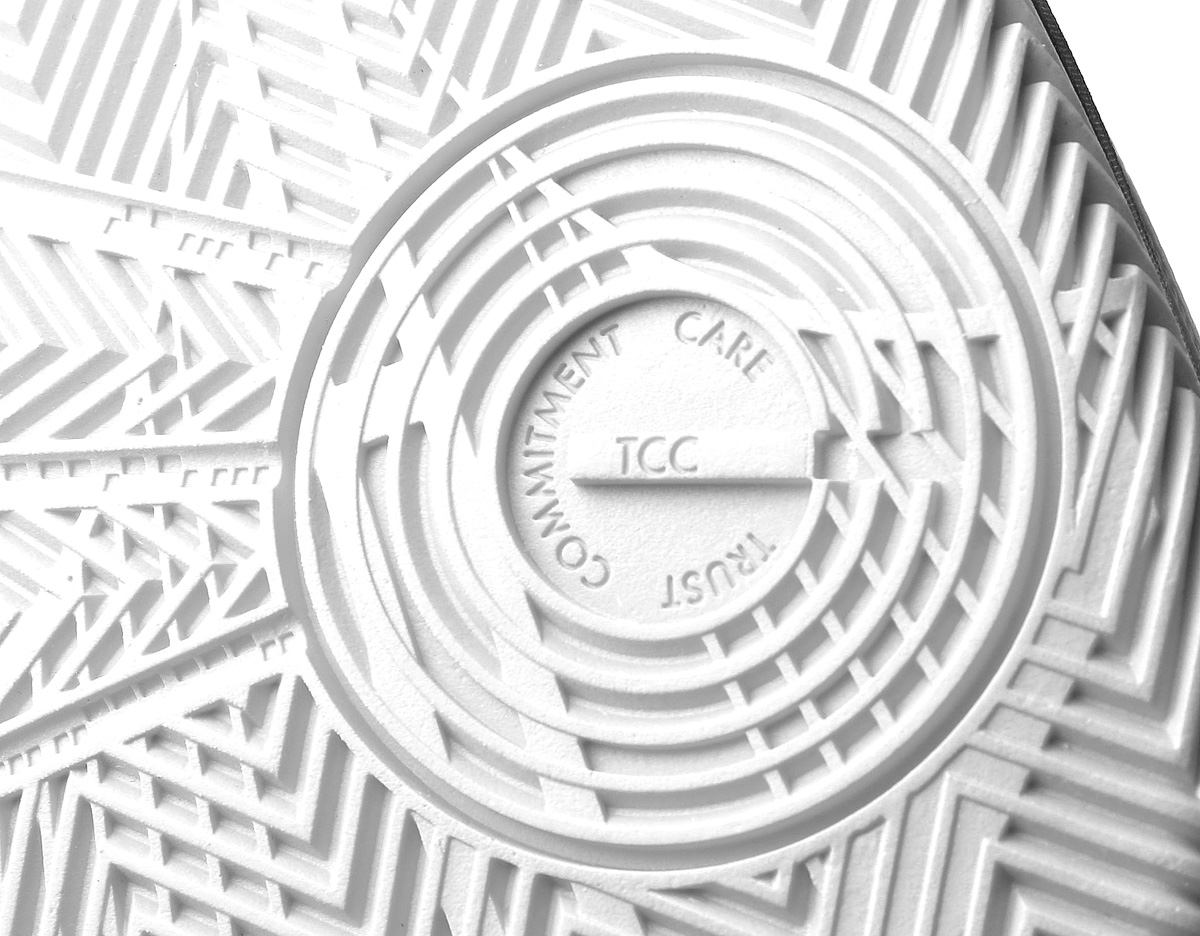 As the 3Zer0 was rounding out throughout the course of the season, Stephen was weartesting the shoe at different stages behind the scenes, and providing feedback on how the collar containment worked in tandem with his usual ankle braces. The collar fit system incorporates a wrapping heel overlay that fastens to the top two eyelets, engulfing your ankle as you tighten up.

Kort Neumann: “With the 3, Steph’s feedback was always really positive with the shoe. He loved the step-in comfort on court and he liked the containment in the forefoot. We took all of that information and we took away as much as we could of that shoe, without sacrificing any stability. We still have the TPU winglets along the heel, and we wanted to keep the same outsole, since it was performing great.

It’s an adjustable heel, for full containment. How it works is you have offset eyelets, and when you start lacing down into those, those eyelets will pull and get closer to eachother. What that does, is that engages the collar to then crank down and lock in around your heel. It really keeps your foot from moving around and provides that stability.” 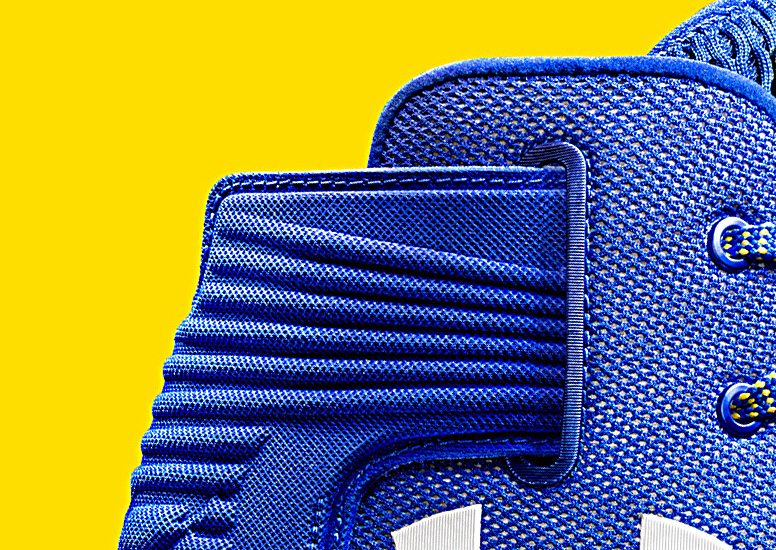 The 3Zer0 franchise ahead:

Going forward, you can expect to see Stephen taking the court for next season in his ongoing signature series. The 3Zer0 franchise will start to have more of a summer and fall team basketball positioning, priced just under the main Curry signature line.

Kort Neumann: “With the positioning of the 3Zer0, instead of doing a 3.5, we wanted to make it more of a recognizable franchise. Something stronger than just being the little brother to the main signature. We wanted it to stand on its own, and be a faster version and a lighter version.

It’ll be offered as a team shoe going forward, but it’ll still have Stephen’s input and personality, definitely. We’re going to keep the idea of making it into a postseason, faster, lighter, more race car-esque type of shoe. That’s where we’re headed.” 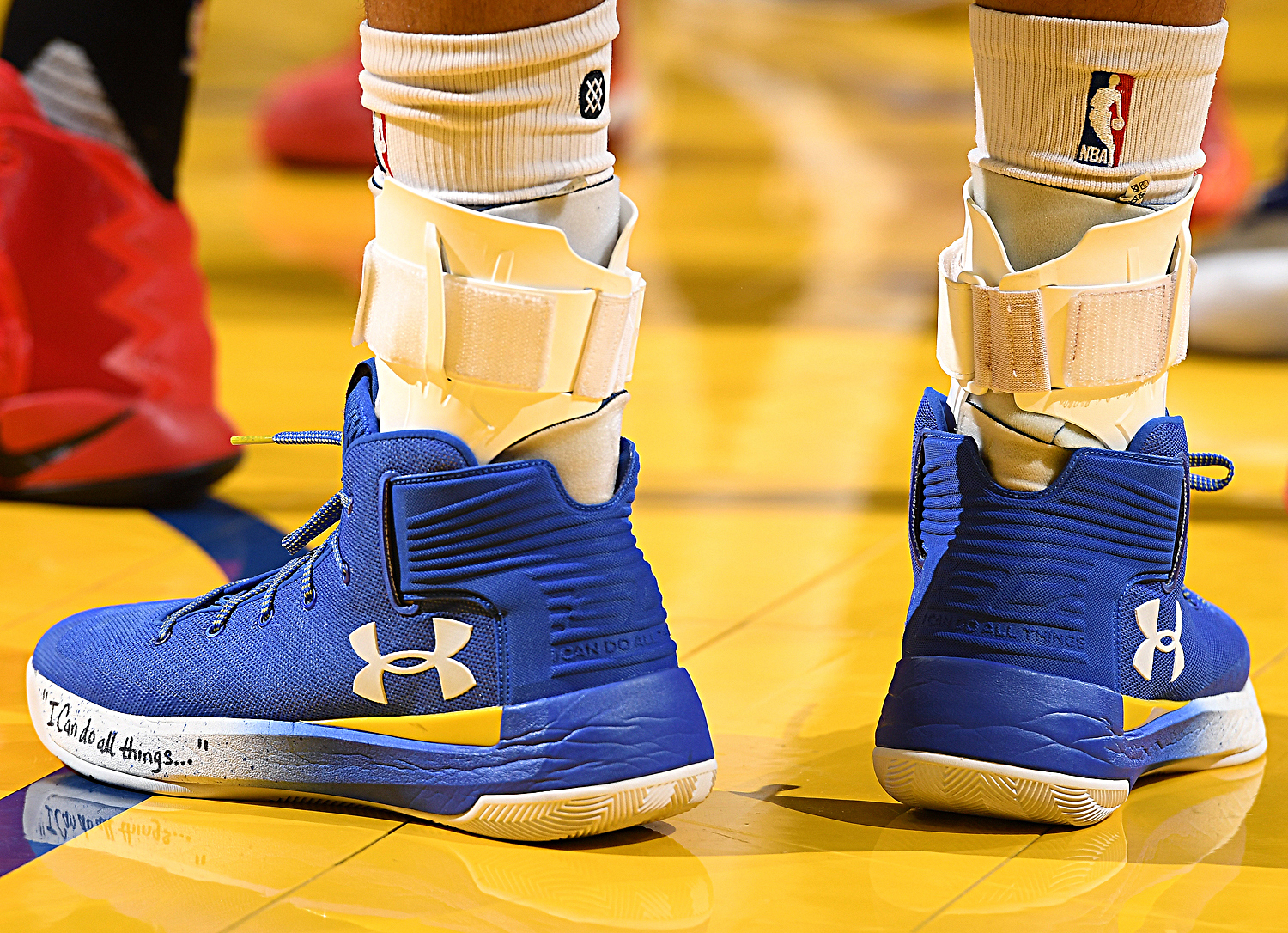 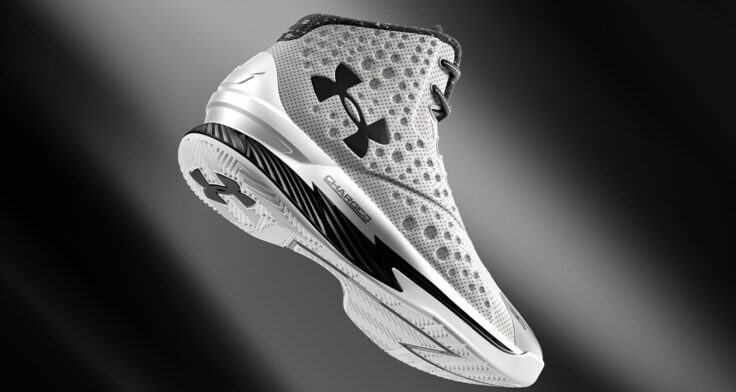