Reflective materials have been around for decades in both footwear and apparel. Whether it was subtle piping along some of our favorite mid-90s basketball sneakers or more functional accenting panels atop running shoes to help late night joggers with visibility, the illuminating grey reflective 3M has long been relied on as an accenting feature.

As Josh Herr, adidas Originals’ Director of Colors & Materials, details below, reflective has been “pretty stagnant and mostly the same since the 80s.” The brand was looking to bring more energy to the material, helping to energize uppers under light, while still allowing them to retain a subtle tone to the naked eye.

After first kicking things off at the NBA’s All-Star Weekend in 2015, adidas Xeno has become a platform for all things reflective from the brand. We’ve seen vivid snake scaled iterations for MLB’s All-Star Game, tonal prism and geometric looks on Originals models, and now, saturated Xeno panels come to life through several flagship adidas Basketball models like the new DLillard 2, DRose 7 and Crazy Explosive. We’re also seeing Xeno for the first time atop the new AlphaBounce from adidas Running.

Read ahead for a backstory from Herr on the inspiration behind Xeno, and a look at how the material can light up like no other. 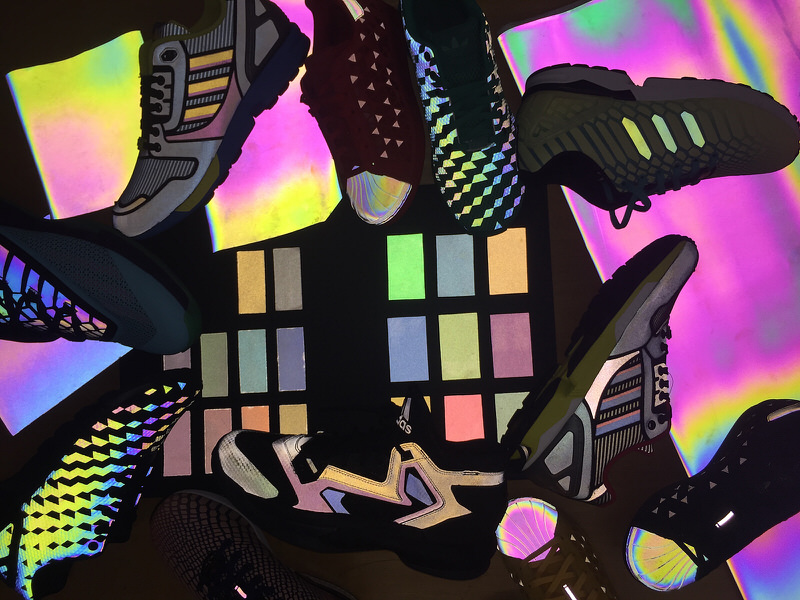 Nick DePaula: Where did the concept around this new approach to reflective first come about?

Josh Herr: We’ve been working on reflective for a long time now. The first Xeno that we started working on was a year out before the first one dropped. At that time, we had a brand-wide push around reflective, and we decided that we really wanted to push reflective and innovate with reflective. At that point, we briefed in with our suppliers and started to work through a bunch of iterations for the different generations of Xeno. We’re currently at four different generations of Xeno, and we have enough for five or six that we’re still working through and developing.

Developing A New Reflective In Xeno:

JH: Reflective has been around for a long time, and it’s such a great integrated technology, because it’s there when you don’t need it, and also there when you really do need it. It has a great finish to it, but we noticed that nothing had really been done in a new way with reflective. It was pretty stagnant and mostly the same since the 80s. We felt like there was something new that we could do here.

We started this all for 2015 All-Star Weekend in New York, and the original idea was around bringing back the Metro Attitude. It was the first SMU that adidas ever made for New York City, and we thought that’d be really cool to bring back since that’s where All-Star was. It had snake on the upper.

We were researching different types of snakes and textures, and we found this Xenopeltis snake from southeast Asia, and it has this iridescent effect to it. We thought that could be cool, and we started working towards that direction and it was this rainbow reflective direction. We looked at different kinds of reflective, whether it was black reflective or a rainbow type. We knew kids were using their phones more to take pictures of their shoes, and people are running more at night, so we wanted to make product that could adapt to that.

Josh Herr: Being the first sportswear brand to do snake on a silhouette with the Pro Model, we wanted to own that and celebrate it at the 2015 All-Star Game. As we evolved, we took our classic Originals models and updated them with Xeno in a very traditional look.

Then, we really told the story around the Northern Lights for the 2016 All-Star Game in Toronto. We looked at glow-in-dark Primeknit, glow-in-dark Xeno and took some of what we did for New York and took it to a new level with Harden’s Crazy Lights, Superstars and Fluxes.

Getting Xeno right for performance:

The challenge for us is that adidas has really high testing standards, probably the highest in the market. When you do something new like this, it takes a long time to go through testing to make sure that it wears well. That was a huge part of this, to make sure the material could stand up to the quality we’d demand of it.

We work together across all of the different sports in the office, and there’s information constantly shared back and forth. Sometimes, we try something in Originals first and then take them over to performance. Originals is a great place for experimentation, creating and challenging. It started there, and then it took us awhile to figure out the performance attributes for the standard that our kid is looking for. It took a little bit longer for us to have it ready for performance, and here we are. 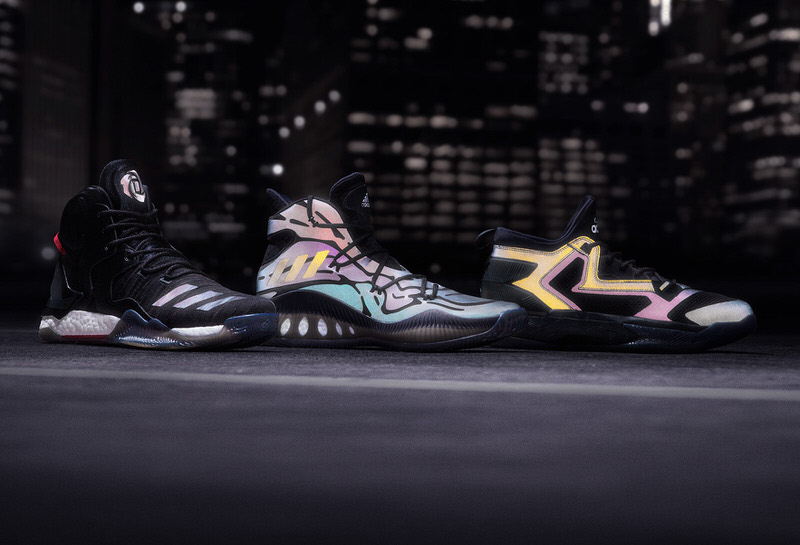 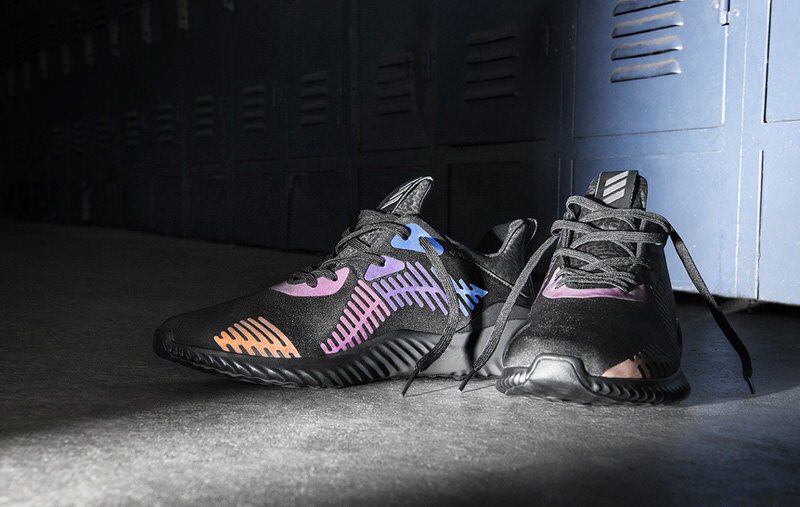 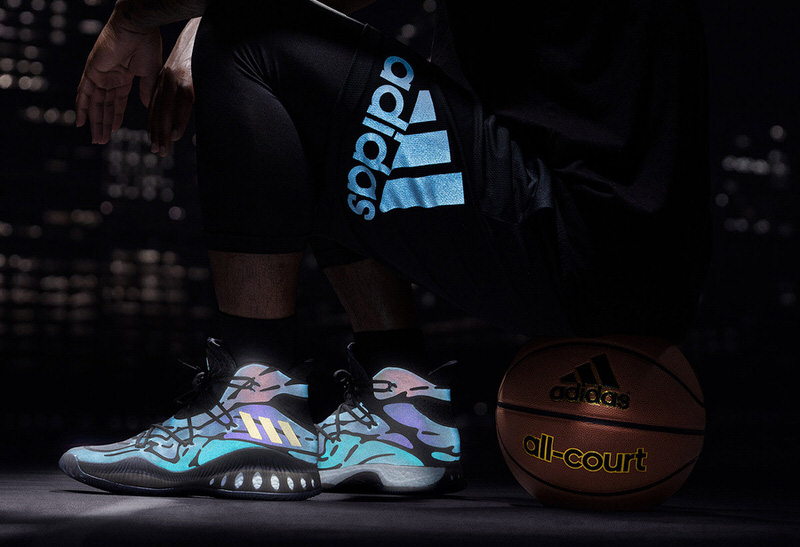 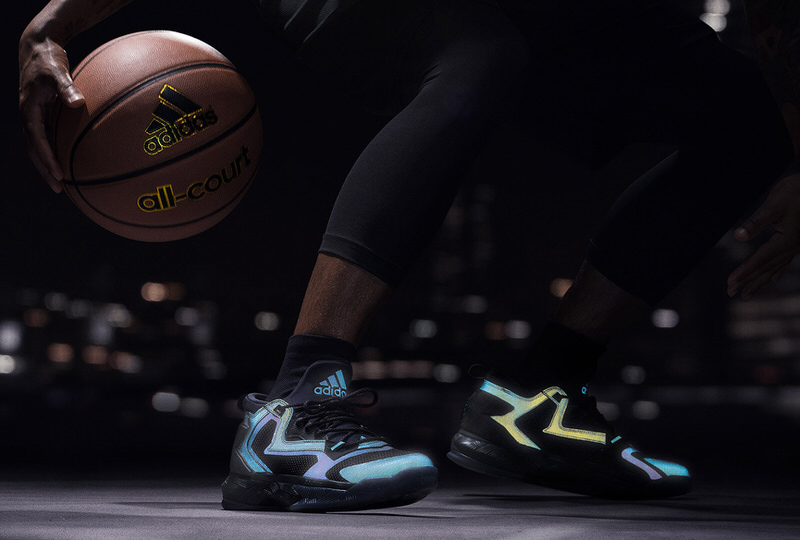 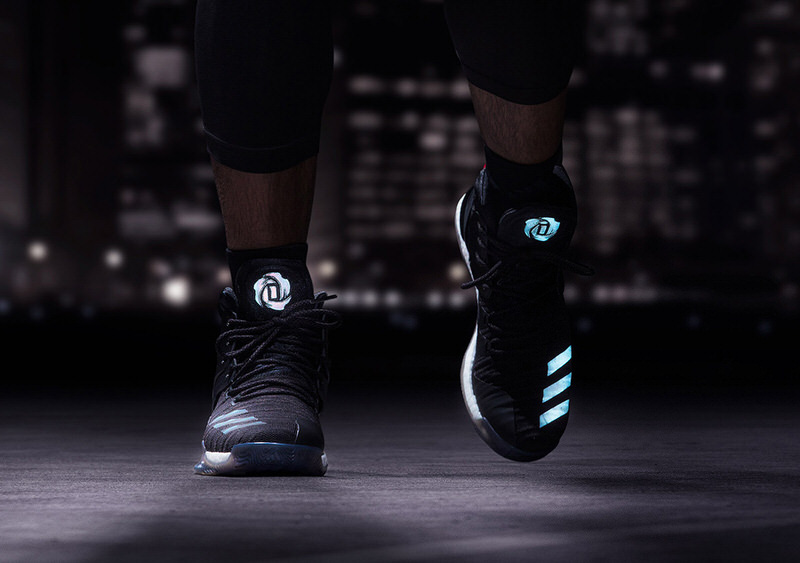