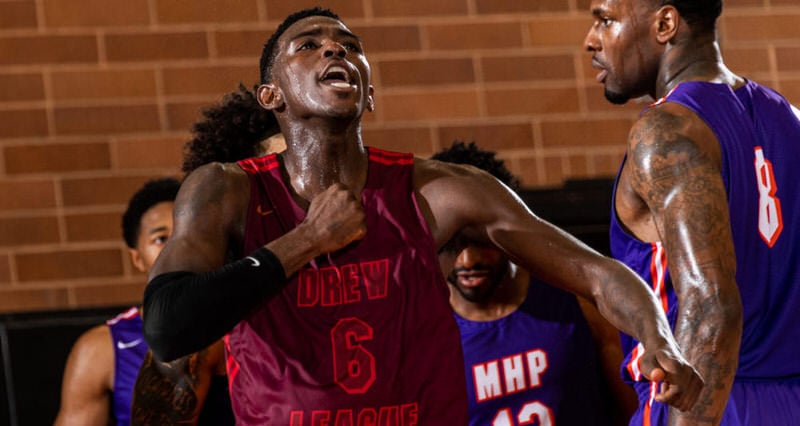 When LA natives aren’t enjoying the mild summer and beach breeze outside in Southern California, they’re congregating in gyms of the local high school and junior college variety to see the city’s best players battle it out in the Drew League.

The star of stars?

Not Jordan Bell. Not Nick Young. Not even James Harden when he shows up.

It’s a 6’2 combo guard from Watts. His name is Franklin Session but you probably know him as Frank Nitty. 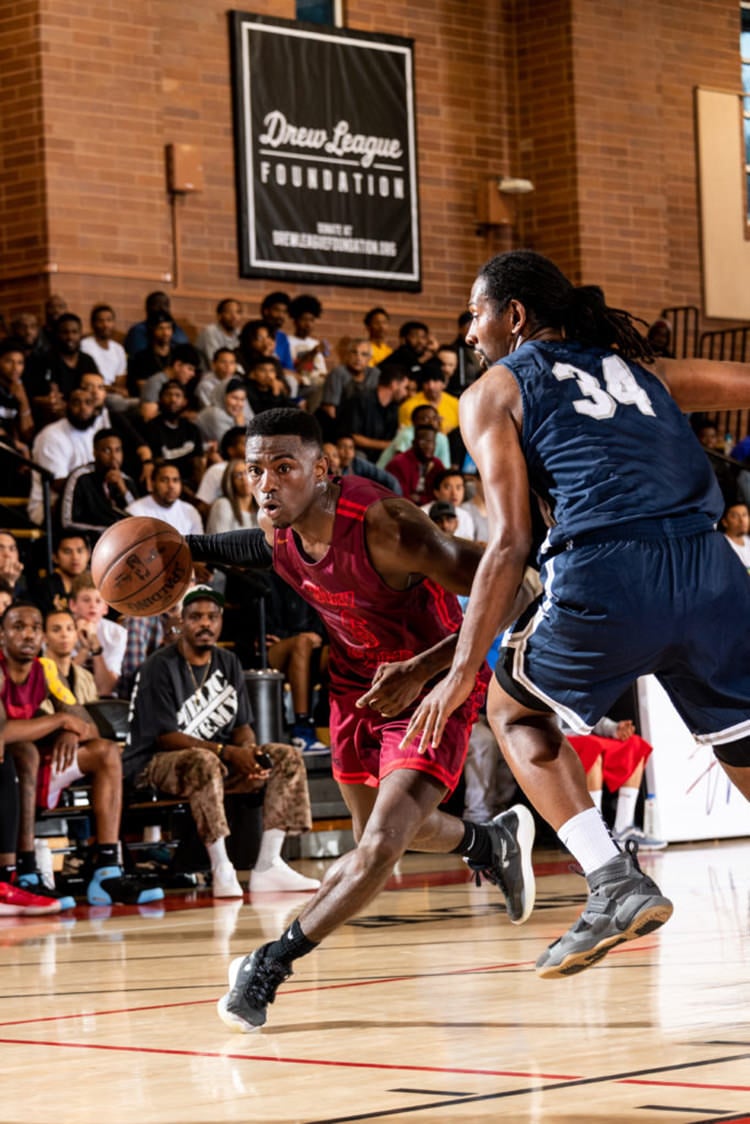 Playing for designer coach T. Mills at The Drew, Frank’s ascent from being backcourt buddies with Dame Lillard at Weber State to managing a Verizon Store couldn’t be written by his neighbors in Hollywood but it’s got him on billboards across the city and Ballislife tapes watched around the world.

“I first got involved in the Drew League through community basketball,” Frank told us at the Drew League Finals with MVP hardware in his hands and Off-White x Nike Air Max 97s on his feet. “Everyone knows how hard I play and it kinda turned into the homegrown story and I ran with it.”

Coming up in the local Drew League as its grown from Nike sponsorship and social media coverage, the 3x Drew League MVP and reigning Defensive Player of Year has earned a nickname just like any other playground legend, but he’s earned a little bit more than that.

115k Instagram followers. A BIG3 contract. His own Wikipedia page.

Can you hear him now? Good.

While all those new accolades impact his credibility, hoop resume and bank account, he’s gained clout in sneaker circles by being the go-to guy for Nike when they want to shake up their basketball debuts.

In 2019 alone, Frank has been #TeamEarly on anything and everything from the Swoosh. This ranges from Mamba Day Kobe releases like the UNDFTD 4s and laceless ADs before we’ve even seen the Black Mamba himself with them.

“Those felt amazing,” says Frank with a smile on the new Kobe NXTs. “That’s such a dope shoe, I can’t wait until everyone gets their hands on it. The technology is dope, the traction is dope, I like mids so they were perfect for me.”

It’s not just on court that his collection is killer. This summer, Frank has been ahead of the crowd on everything from Don C KD 12s to Be True Kyries, Off White Air Force 1s to Cactus Plant Flea Market VaporMaxes. Heck, the dude even has Purple Suede Travis Scott 4s and Watch the Throne LeBron 9s.

A self-proclaimed hypebeast as he tells us with a laugh, Frank has no shame but plenty of swag.

“If it’s gonna break some necks and if everybody can’t get it I want it!”

Being a underdog is perfect because I don’t have anything to lose ?

Still haven’t taken off my FOG’s but these right here the hardest 4’s I’ve ever owned ?… #GoodLookstoTheBro #SwiftpickUp

Stunting aside, his sneaker collection goes far beyond being an expensive or sharable hobby: it’s paved a second career rebounding off his first. 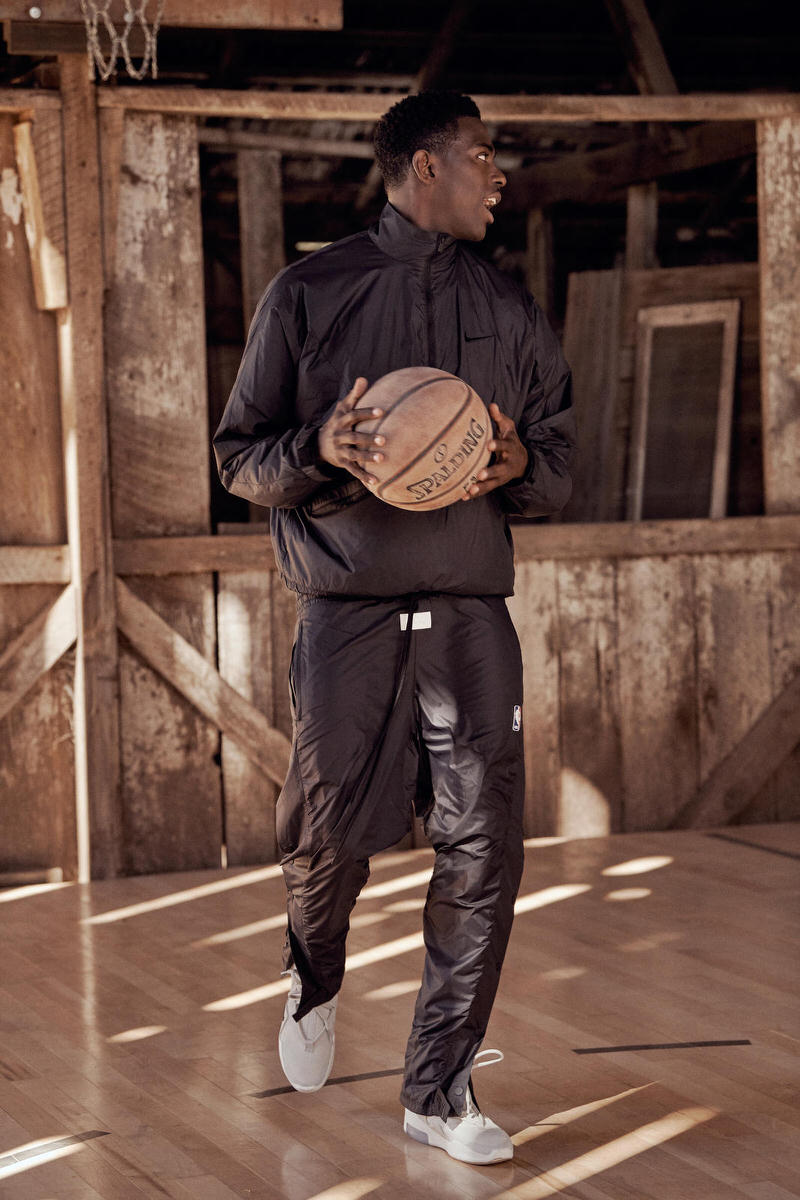 “Nike asked if I wanted to do it because they had heard from Jerry that he wanted me to do it. It’s rooted, I’m a hooper and I’m homegrown. Jerry reached out to Nike, Nike reached out to me and we took off from there.”

Nitty modeled the Fear of God x Nike Basketball collection in a barn, proving to be LA’s chosen son. In the time since, he’s earned a modeling gig with Guess and as mentioned before a contract with Ice Cube’s BIG3.

While billboards and brand checks are all at the hands of the lockdown defender, it’s not lost on him how much the city holds him down or how he got here.

“The Drew!” Frank exclaims when looking back at how it all took off. “Nike being behind me, giving me all the dope stuff to play in and just supporting me. Nike’s been a big help for me as far as being in The Drew. As soon as the opportunities came I ran with.”