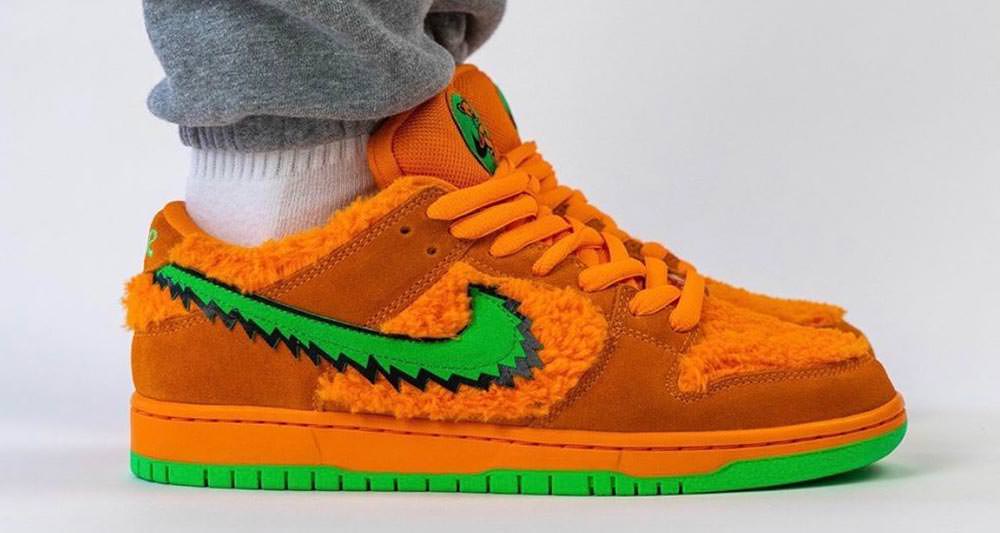 The Nike SB Dunk Low is having one hell of a year. Whether you’re an SB collector from its early days or you’re a new age skateboarder, the SB revival is here, and it can’t be ignored.

One of the silhouettes’ most interesting collabs is the Grateful Dead Bears x Nike SB Dunk Low. The collab stems from the band’s fuzzy caricatures featured in the 1973 album History of the Grateful Dead, Volume One (Bear’s Choice) illustrated by Bob Thomas. The collab first emerged in a green and blue iteration that raised a lot of eyebrows and questions. Will they make a colorway for each bear? While that’s yet to be confirmed, it seems possible as a yellow pair surfaces as well.

A Grateful Dead Bears x Nike SB Dunk Low surfaces in orange and green. A white midsole and gum bottom come together for a clean look. The shoe still features the stash pocket that appeared on the first colorway.

Take an initial look at the pair as we await more release information. In other Nike SB Dunk news, get ready for the Ben & Jerry’s x Nike SB Dunk Low “Chunky Dunky” which releases this week.