Apps. From finding your way around town to finding food to finding romance, they’ve made just about everything easier in the ever-evolving digital age. Somehow, someway, one thing has become more difficult in recent years and that’s buying sneakers on their release date for retail.

What was once showing up at the mall to a line of ten regulars soon became maneuvering in a mob later to be replaced with the love/hate but certainly safer raffle system. Online, the same masses that were multiplying at malls were doing so exponentially on Eastbay and everywhere else thanks to bots. Did they take our jobs? No. But they’ve sure been scooping up our sneakers.

Today, Foot Locker, Champs and Footaction aim to make the life easier for sneakerheads with the launch of their new release date reservation app. Currently demoing in Tampa and later launching nationwide, the concept is relatively simple: the more you shop, the more likely you are to cop. Leveraging customer loyalty through their Platinum and VIP programs, the line/raffle for shoes exists within the app, allowing those who shop and cop often to move up in line with a greater chance to reserve a pair in a three store range. Not a frequent buyer? You still have a shot as the algorithm and randomness of the digital raffle will change with each drop.

Simply put, when a shoe nears its release date, it will become live on the app. Through the Launch Locator on the app, you will be able to register for a chance to reserve and purchase the sneakers at up to three stores in your area. On the day before the launch, a countdown prop will appear on the app to ultimately alert if you won the drawing.

VIP and Platinum members as well as those that check-in at respective stores will be eligible for ‘head starts’ to move up in line and ultimately improve their chances at winning. If you win, you will be alerted and have a window on the release day to purchase and pick up your shoes. Those that don’t claim the shoes they won will be penalized for future launches, while those that lost have the potential to be waitlisted and alerted on unclaimed pairs.

While the app looks to be the wave of the future for said retail franchises, select stores will still use sweepstakes and first-come, first-serve process with all information denoted on the Launch Locator. Over time though, we expect the app to rise as the premier method of buying release date product at Foot Locker family retailers. Click the highlighted links to learn more about and download the Foot Locker, Champs and Footaction apps. 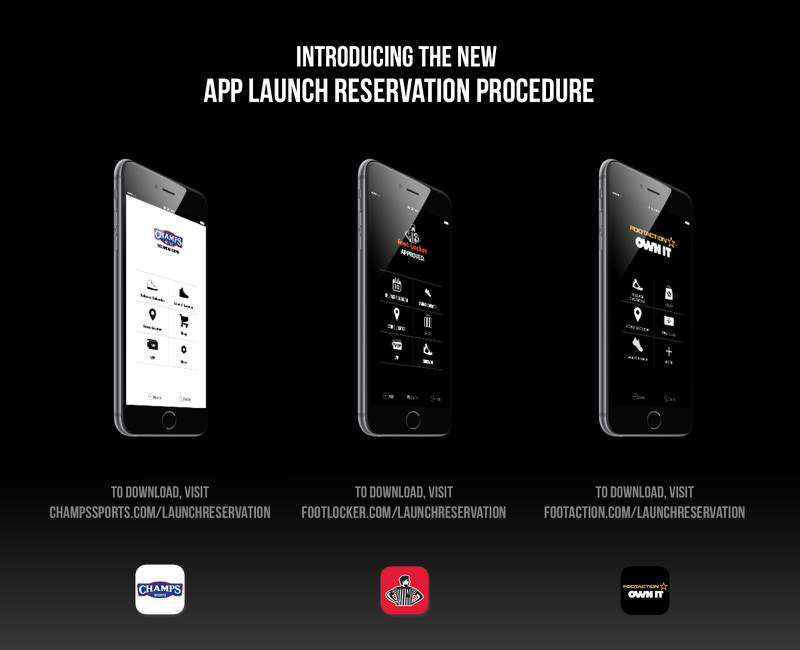