Golden State Warriors reigning MVP Stephen Curry and President Barack Obama have enjoyed a longstanding friendship through the years, taking golf trips together, trading jokes while filming PSAs for the “My Brother’s Keeper” mentorship program, and of course, celebrating the Warriors’ 2015 NBA title during the team’s ceremonial trip to the White House. 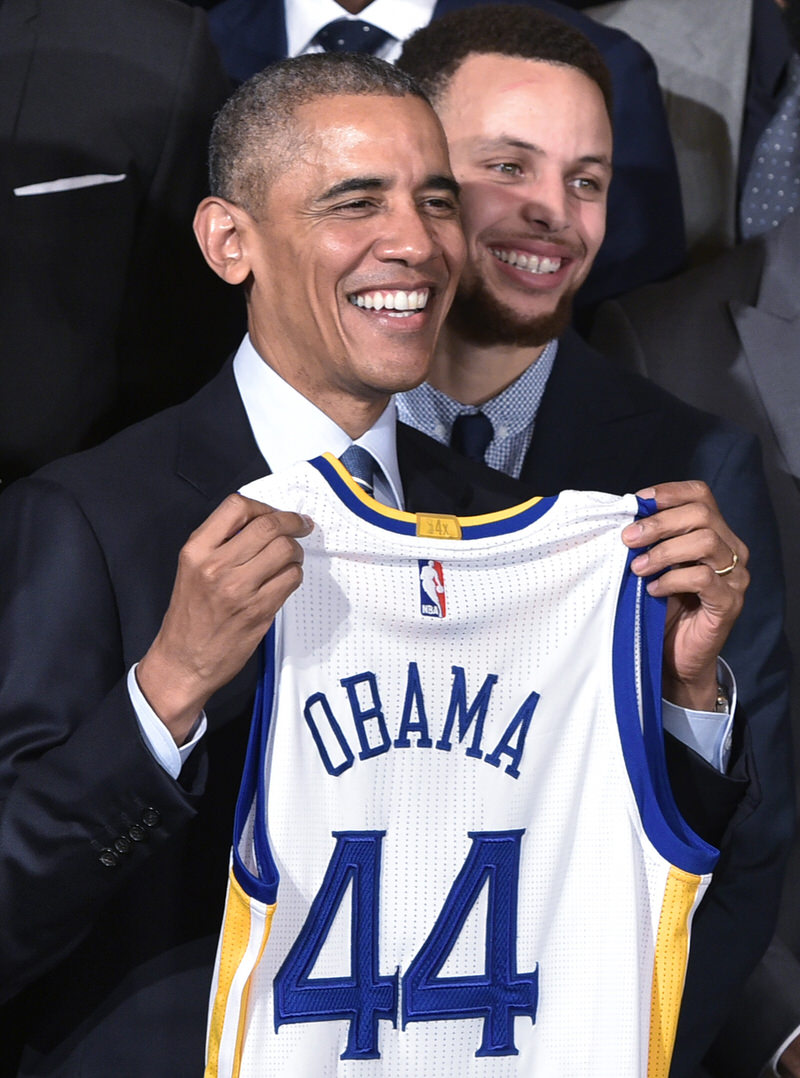 As the 44th President enjoys his final week in office, Curry looks to pay tribute to Obama’s back-to-back two terms as Commander in Chief with two custom special edition pairs of his Curry 3 signature sneaker. He’ll break out both pairs today, fittingly on MLK Day in highlighting our nation’s first African American President.

Each detailed pair features a deep navy upper, white midsole and metallic gold accenting throughout. “Back2Back” phrasing can be found on the bottom, along with Barack Obama’s official signature through the translucent outsole. The shoe’s carbon fiber heel counter incorporates a star graphic, while a #44 can be found stitched along the underside of the shoe’s tongue.

Along with the main mid-top image, Curry captioned earlier on Instagram: “Honoring our President Barack Obama today on court! He embodies the inspiration, faith & hope Dr. King stood for! We R Forever Grateful! #44”

The respect between the two has long been mutual. To put things in presidential terms, Obama has often admired the “clowning” that Curry has become known for on court, with his long-range shooting and shifty dribbling that’s led to the Warriors’ continued success. Last season, Barack even admitted that Curry is the “greatest shooter I’ve ever seen.”

Check out Stephen Curry’s exact size 12.5 pairs of the “Back2Back” presidential Curry 3 below in both Mid and Low, that he’ll be wearing for pre-game warmups and tonight’s marquee matchup on TNT at 8 PM EST. 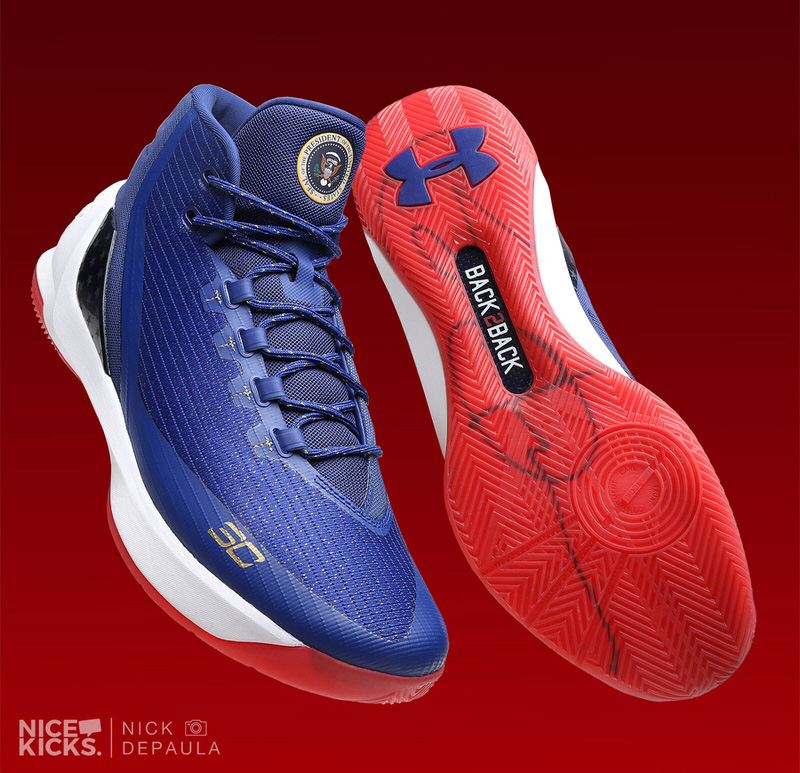 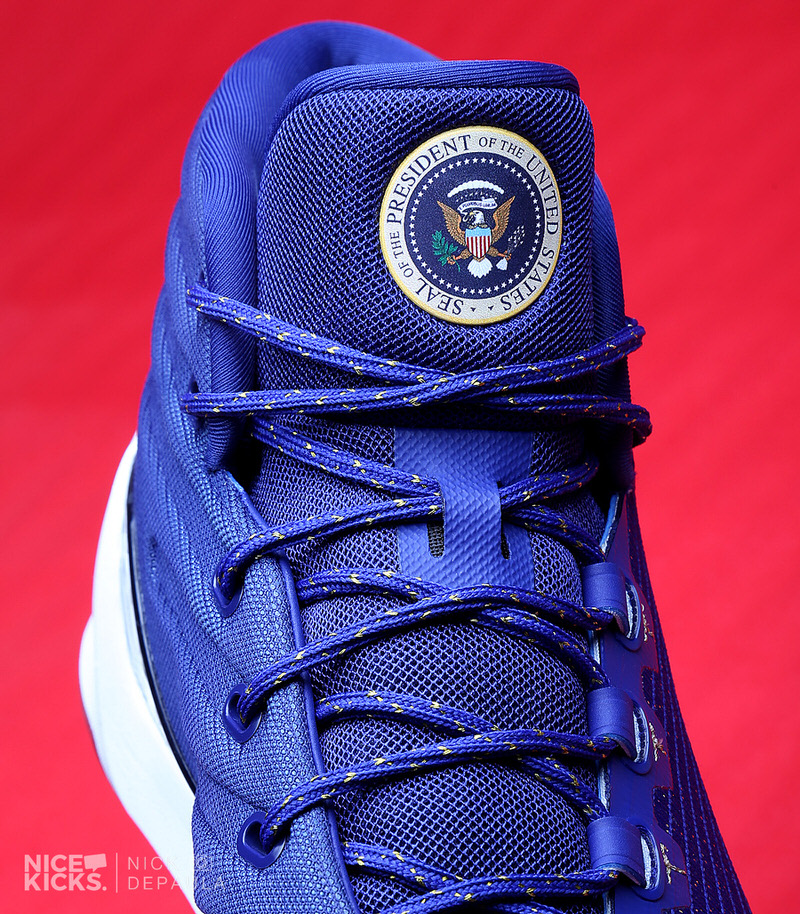 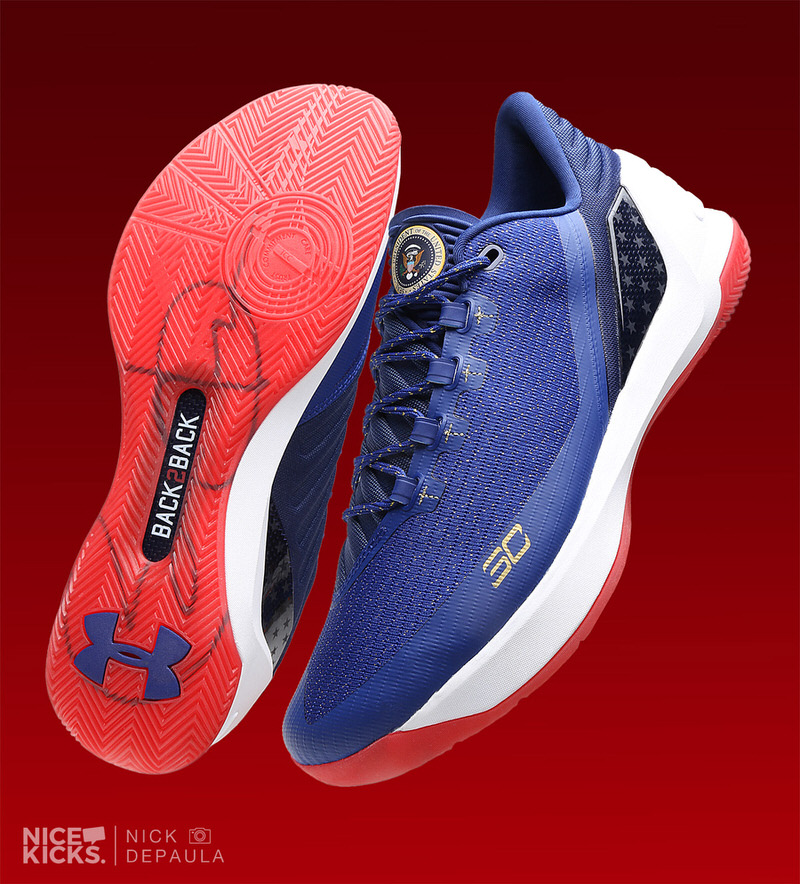 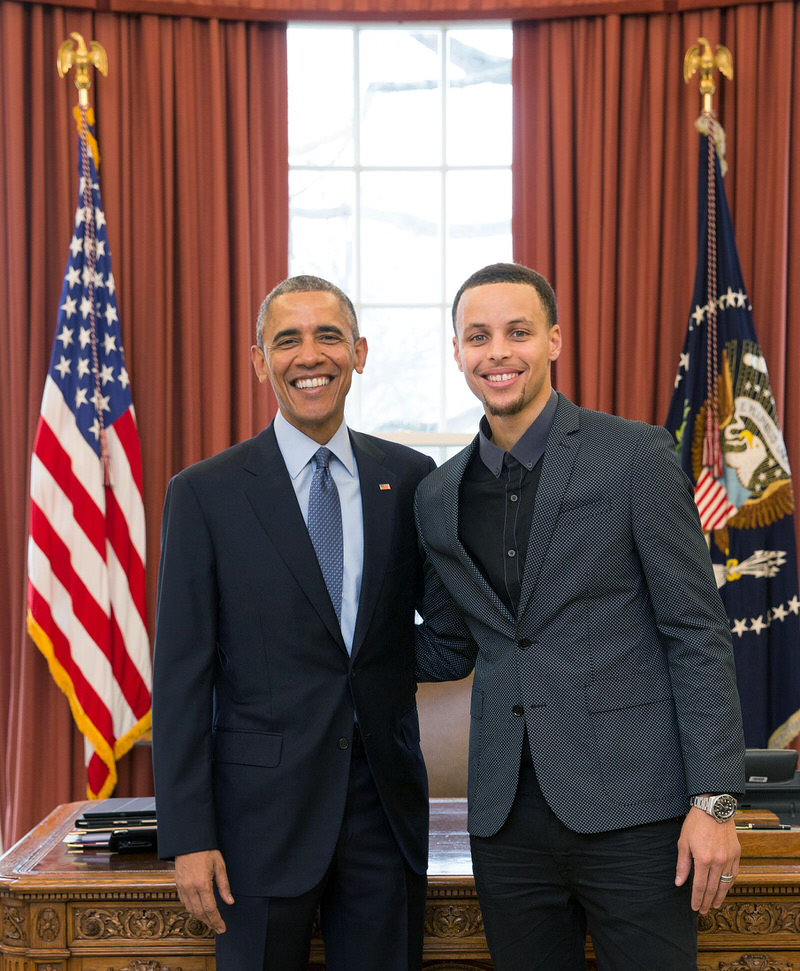 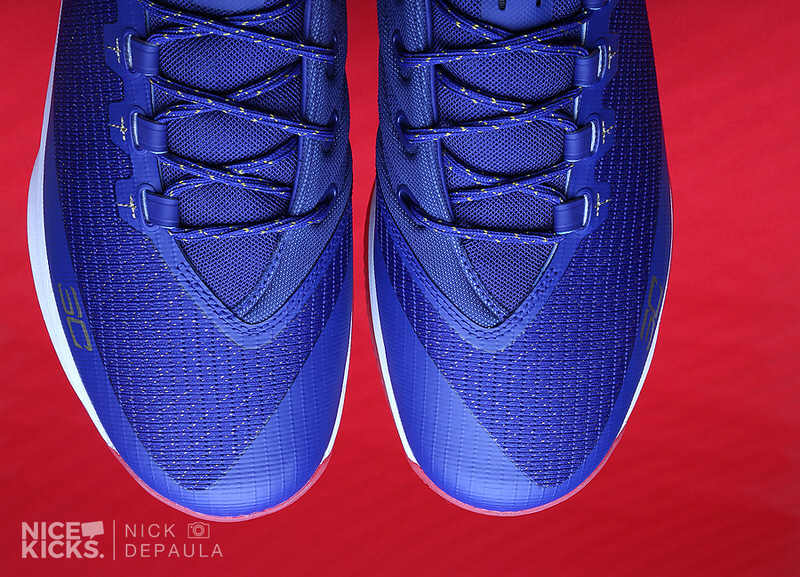 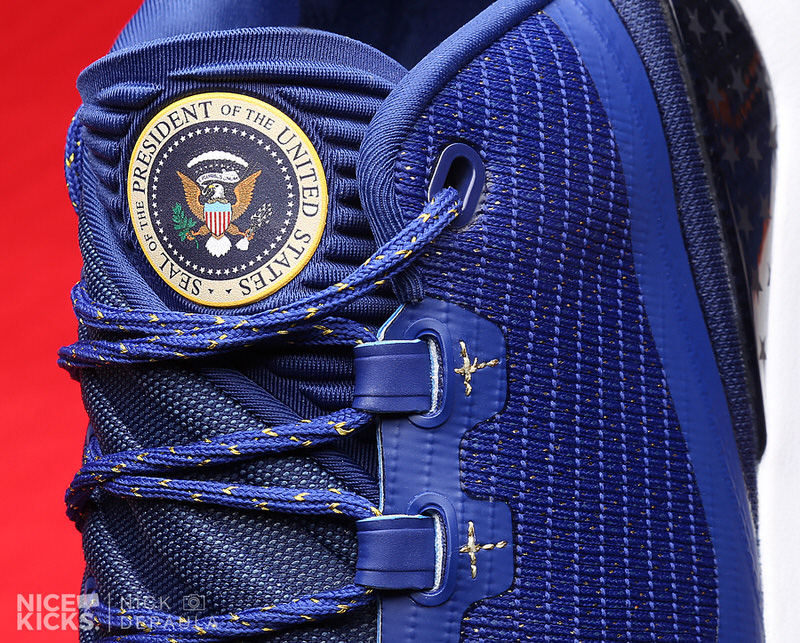 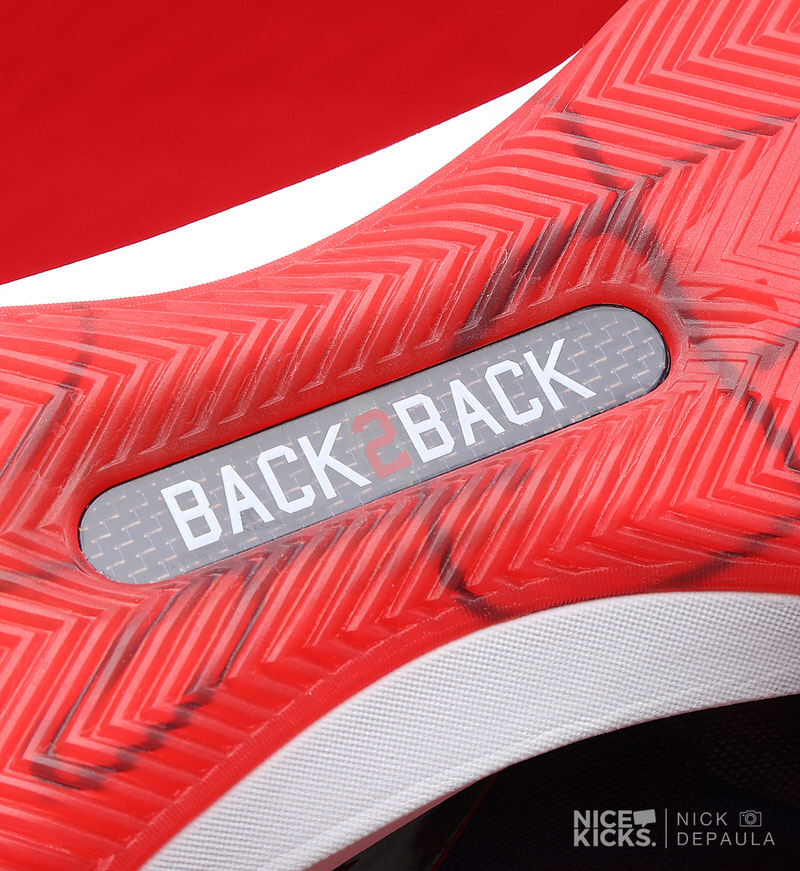 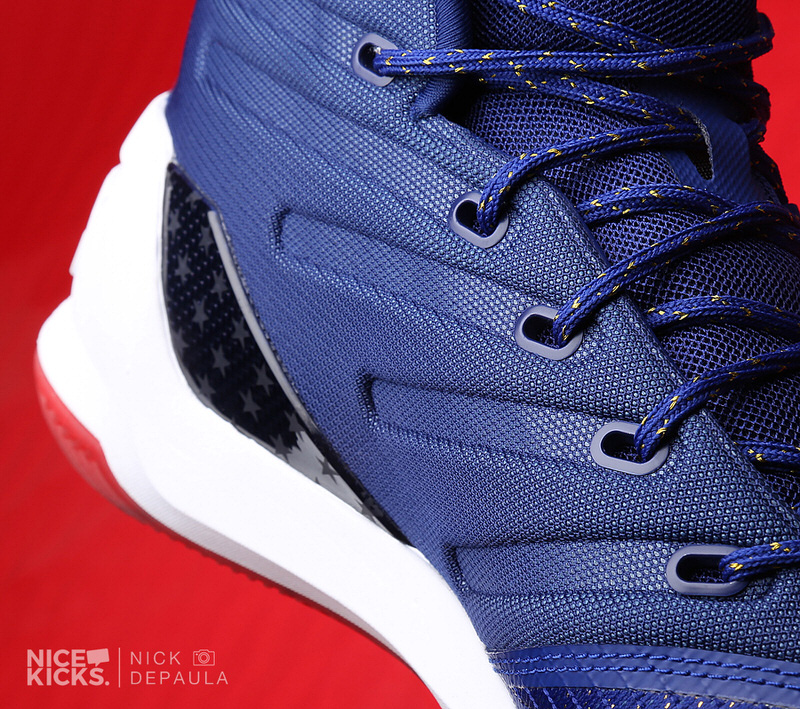 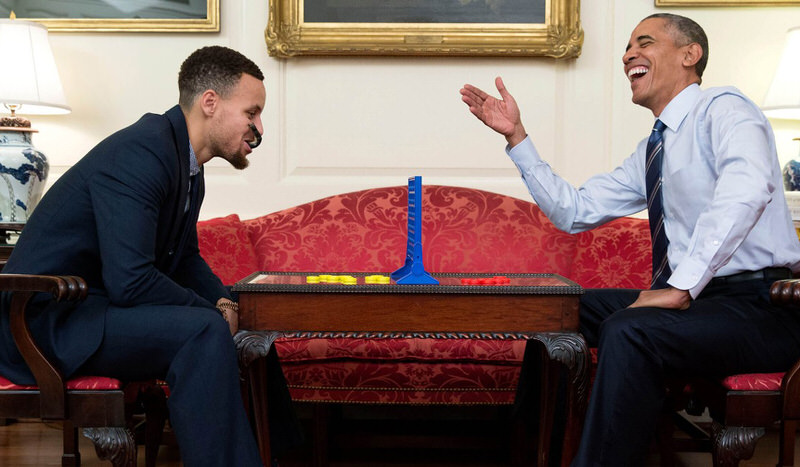 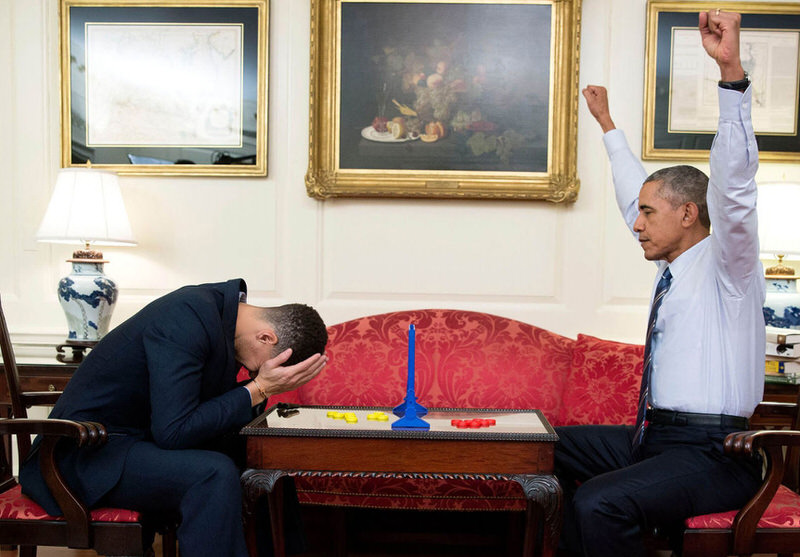 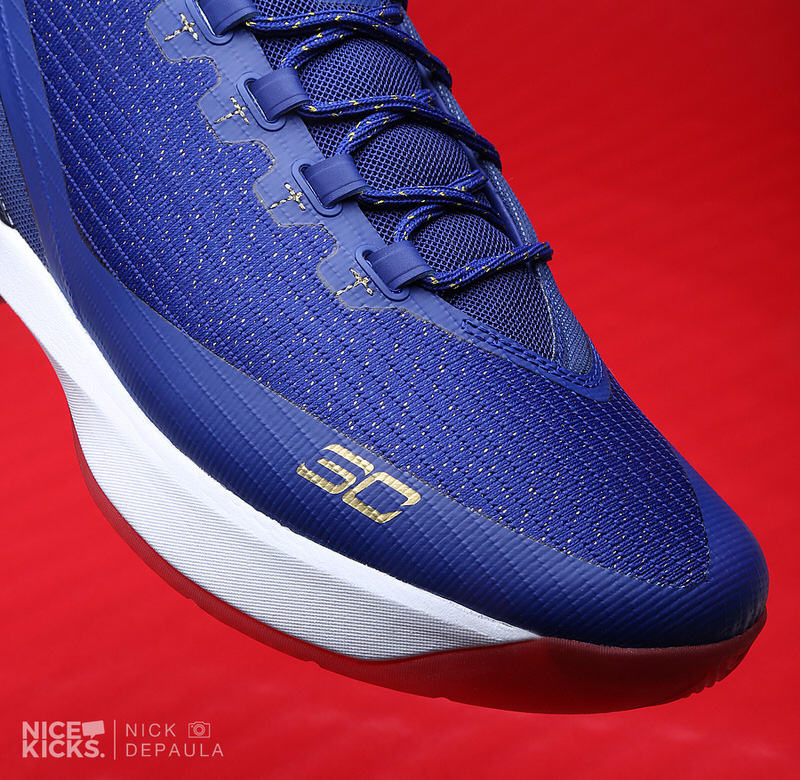 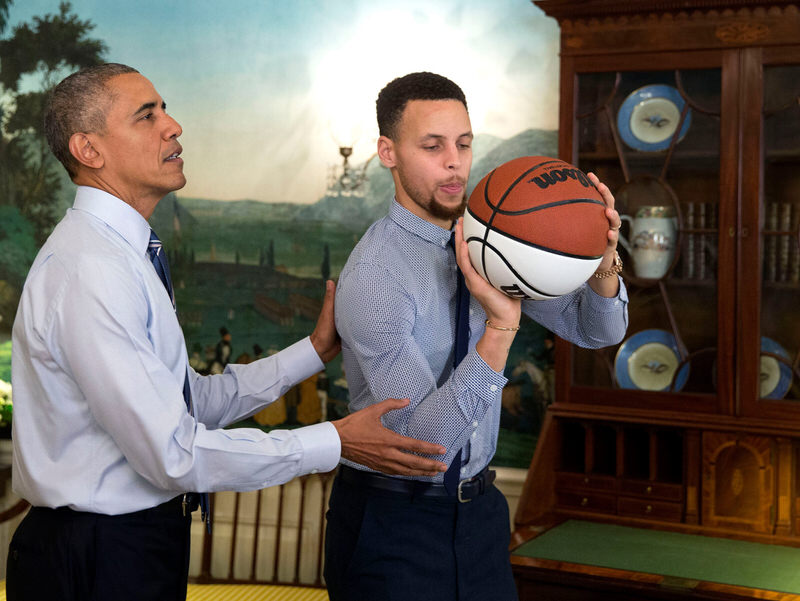 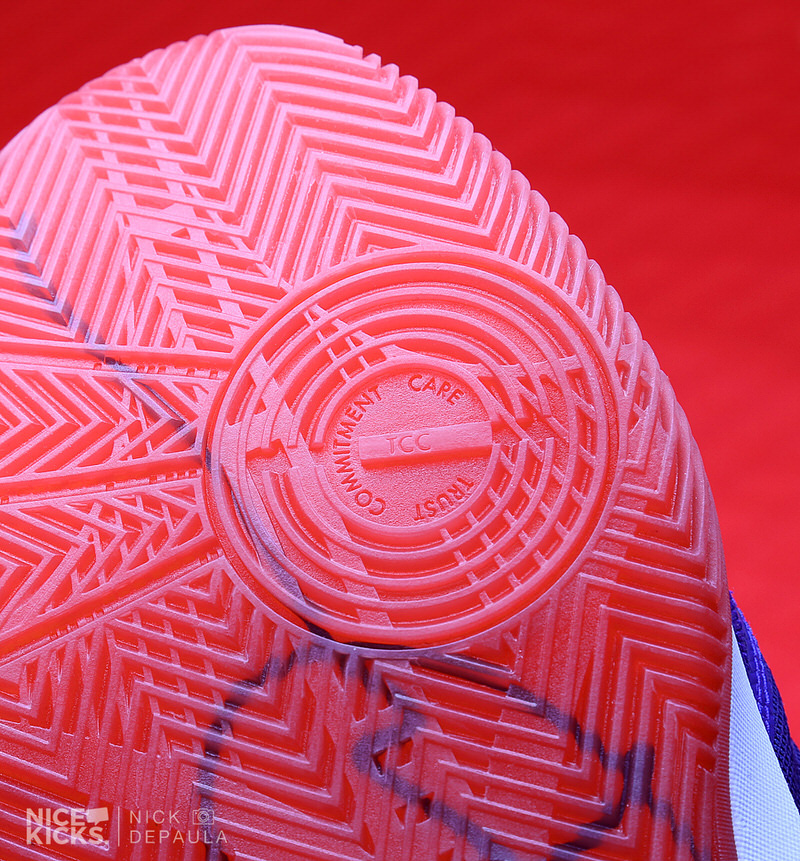 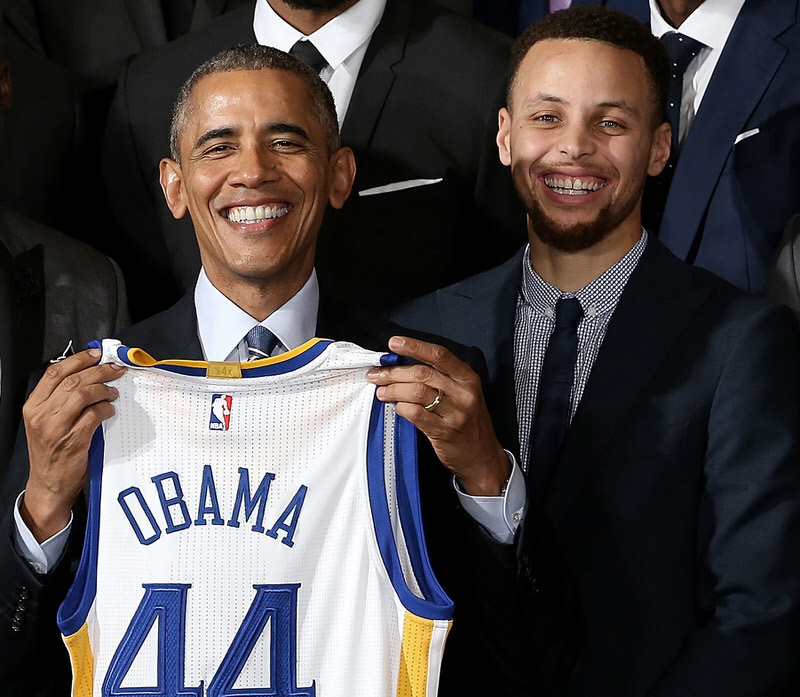