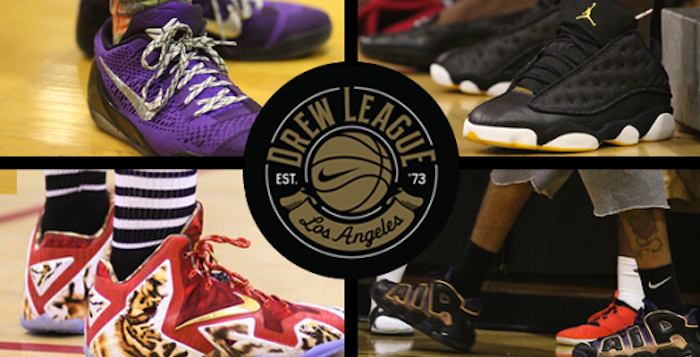 Our Week 5 recap of the Drew League is headlined by one of its biggest supporters, who has shown consistency in both attendance and sneaker categories. Rapper Game came to the gym in an iconic Air Jordan 11 Low, then played in one of the most notable Nike LeBron 11s to date. Knowing that they had to keep up, other attendees at the nation’s premier summer basketball league followed suit with a wide array of notable sneakers.

Click through the following pages to see all of the best makes and models that were laced up both on and off of the court at Drew League Week 5. Once again, big thanks to Cassy Athena for capturing all of the sights for us. Follow @CassyAthenaPhoto for previews from LA, and follow Nice Kicks all summer for many more Drew shoes.