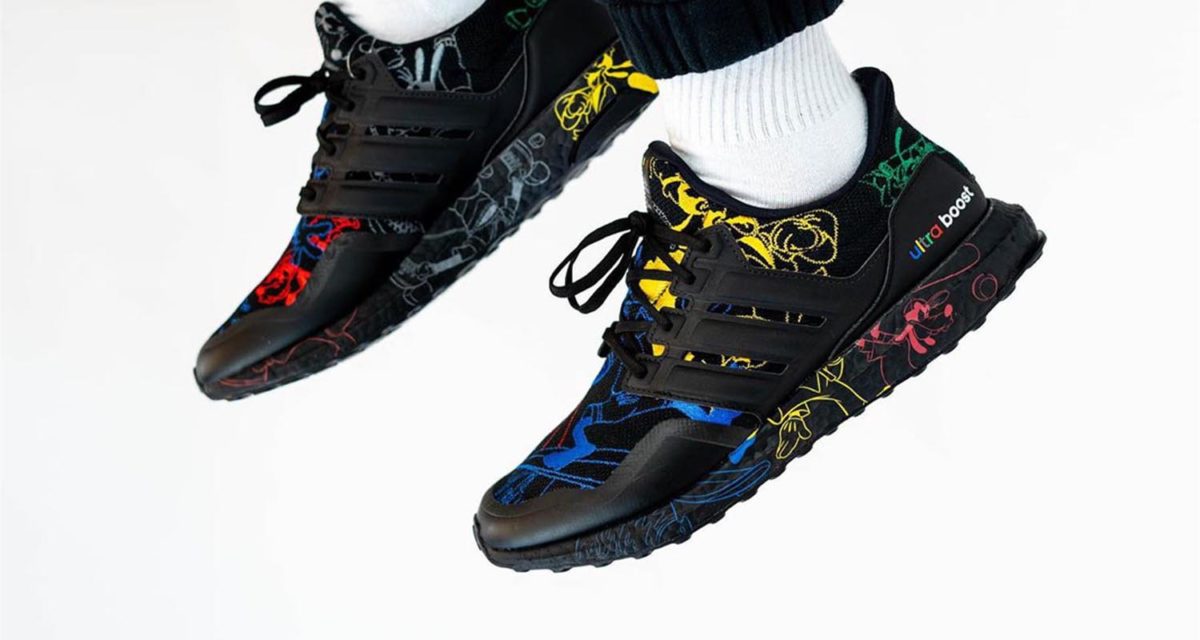 Unlike previous Disney x Ultra Boost collaborations, the Adidas Original models have been cast aside for Adidas’ stronghold runner. This Adidas UltraBoost 20 sports an all-black prime knit upper and boost midsole. However, images of the character Goofy playing baseball, surfing, and performing other activities compliment the all-black color-blocking. He is depicted using a variety of different colors: blue, yellow, red, and green. Moreover, the heel counter is marked with those colors as well. Finally, the sneaker is topped with Disney branding on the tongue and insoles.

The Disney and Adidas collaboration of the Ultra Boost 20 will release in the coming weeks at select retailers and Adidas.com. Additionally, it will retail at a price of $180. Let us know what you think about this new colorway in the comments section.