For Nick Sisombath, everything has its reasons. As he reflects upon his half-decade entrepreneurial journey, he recalls the purpose of why he started: to create community. To him, Collegium takes upon its Latin roots to represent a “secret society of product enthusiasts that share a common passion for quality and design.”

In ancient Rome, collegiums were created to bring together culture and civilization. During this period, they integrated shared interests in the form of social clubs, civic services, professional clubs, and religious collectives. The existence of these associations built political, economic, and legal foundations needed for a society in harmony. For these people, collegiums were the building structure to society, fostering togetherness an ever-lasting sense of community.

Sisombath, the founder and managing director of the fast-growing footwear and fashion brand Collegium, spent his childhood in search for a place he could call his own — a like-minded community. During the Vietnam War, a UNICEF program allowed the Sisombath family to immigrate from Laos to Albuquerque, New Mexico. It was this transition from a war-torn East Asian country to America that would provide the future footwear entrepreneur the circumstances to pursue his interests, build-upon his passions, and find his community.

As the case for most career-oriented individuals, Sisombath’s childhood experiences planted the seeds for his future career ambitions. Raised in Southern California to a lower middle-class family, Sisombath’s upbringing was centered around finding community. After all, juggling Laotian heritage and tradition with American culture often meant difficulty conforming. It wasn’t until he discovered the game of basketball that he found his first semblance of company.

“Loving basketball not only just from my favorite team, the Lakers, but loving players that just were like pioneers in their own way, obviously on the court and in fashion.”

-Sisombath discussing how basketball introduced him to fashion

Childhood memories of hooping in Allen Iverson’s Answer VII were among the fond moments recalled by the Orange County resident. It was from basketball that his interests permeated into the sport’s surrounding culture, including music and fashion. But more than anything else, footwear became his muse. Through experiences like saving his weekly $20 lunch money to afford sneakers, learning about NikeTalk and Sole Collector (ISS), hoop sessions at the local courts, and looking at the sneakers worn by his favorite NBA players, this fascination would transform into a life-long obsession.

At first, Sisombath’s sneaker rotation consisted of anything his parents could afford, including clearance “back-of-the-wall” items found at Foot Locker and kid-friendly brand Air Walk. However, with the help of his older cousin’s PayPal account, a purchase of “Baby Bear” SB Dunks through the forums firmly cemented his entrance into the sneaker realm. And for the Socal native, this purchase was the beginning of years of sneaker collecting, flipping, working sneaker retail, and the execution of a grand-scale creative endeavor.

Sisombath’s passion for sneaker continued at Golden Gate College and the University of Southern California, where he studied business administration. Not surprisingly, Sisombath’s journey largely differed than those around him. In class, as his fellow students studied accounting preparing for a future in corporate, he was sketching sneaker designs influenced by a mixture of designer couture brands and “sneakerhead” classics. Outside of class, he was commuting to his retail job at Nordstrom in an effort pay-off his student loans. Between waking up at 5:00am, shuttling 1.5 hours from Orange County to University Park, commuting another 1.5 hours at the South Coast Plaza Nordstrom, and completing an internship at dress shoe conglomerate Pacific Shoe Company, he built a list of contacts, know-how, and the work ethic needed to succeed in the footwear industry.

The difficult years spent juggling full-time student responsibilities with multiple work obligations were instrumental to Collegium’s coming-to-life story. At Nordstrom, he obtained wholesale relationships that enabled him to travel to Italy — albeit at the expense of his lifetime sneaker collection of Yeezy 1s and 2s, 2001 Air Jordan 1 “Royals,” 1985 Air Jordan 1 “Breds” and “Royals,” and a 15k loan from his father’s retirement — to bring his first sneaker ideation to life: the Collegium Pillar Low.

This multi-year process wasn’t without doubt or uncertainty. For recent college graduates among Sisombath’s network, student loan pressures, serious career path deliberations, and peer pressure were already causing unhappiness and anxiety. Not only were such anxieties present for the entrepreneur, but also his father’s hard-earned retirement was on the line. Coupled with business problems, including periods where only five Collegium sneakers were sold per month, Collegium’s success was in-doubt.

Yet, it is often the most difficult roads that lead to the most beautiful destinations.

Their largest challenge, the COVID-19 pandemic, pushed the brand to the brink of existence. Sales were dwindling and incoming cash flow was reaching its limit. In a last-ditch effort (more so for Sisombath to produce a sneaker he had always wanted to make and wear for his personal collection), Sisombath brought alive an archived silhouette from Sisombath’s college sketchbook: the Pillar Destroyer High. Inspired by sneakers like the Air Jordan 1, the Nike Terminator, and Nike Blazer, this was the brand’s saving grace.

As the Collegium founder envisioned, the product’s quality and build led to a quick sell-out and earned rave reviews across sneaker media. From then on, the Destroyer High became a symbol of resiliency for Collegium; the ability to stand the test of time through overcoming tremendous odds. Since its original drop in “Platinum Grey Suede,” the Pillar Destroyer High has elevated into the brand’s best seller.

In time, along with opportunity and utmost tenacity, Sisombath and Collegium found its competitive advantage: product revolving around a sneakerhead’s reimagined interpretation of their “rotation.” Through following their three product pillars of quality, high-end materials, and comfortability, the brand was able to build a small, but cult-like following obsessed with the brand’s timeless designs. Little considerations like designing product without large branding as well as wearability across a large demographic all play into Collegium’s focus on timeless, quality product.

After all, the brand manufactures all footwear in the same Italian houses used by designer couture brands. For Sisombath, “Made in Italy” represents the highest quality of footwear, with footwear artisans performing the craft they’ve perfected over the past centuries. Handcrafted product along with hand-selected materials and patterns have ensured both an elevated caliber of craftsmanship and sharpest attention to detail, while sourcing outsoles from heritage brand Margom bestow every silhouette with extended durability and exceptional comfort.

Taking all the above into consideration, it’s without a doubt that the Pillar Destroyer High and its counterpart Destroyer Low were meant for success. In due time, the successor silhouette is poised for even more global accomplishments.

Even more brilliant, Sisombath’s initiative to create a global community of footwear product enthusiasts bolstered the brand’s recognition among consumers, offering such enthusiasts great product to satisfy their demands and be a part of something greater. This emphasis on providing community, something Sisombath always yearned for in his childhood, was a major catalyst in growing the brand’s presence worldwide.

As of recent, NBA players like Tobias Harris and Russell Westbrook have translated their admiration into action, rocking the sneaker in the NBA tunnels. Influential figures within sneakers and others have been seen wearing Destroyer Highs, pairing them in collections with other notable sneakers. One Collegium super fan owns over 17 different colorways. It’s this recognition that bring Collegium’s story full circle among those that have been following Sisombath’s journey, but for him, represents the beginning of a road less traveled.

Going forward, Collegium’s future looks brighter than ever. The brand looks forward to providing visibility to quality and redefining this benchmark to its customers. First and foremost, Sisombath sees the brand building out its “uniform,” built around the styles that sneakerheads are sure to love and enjoy while also extending into unknown areas of fashion. Notably, the brand’s upcoming footwear teases have included a translucent sole Combat boot, a premium Penny Loafer, and soon-to-be-released Destroyer successor. Fashion pieces like varsity jackets, trousers, and accessories have been teased to the public. It’s certain that there will be pieces for everyone.

Most important however, the footwear designer finds community building to be at the brand’s forefront. For him, finding belonging was one of the most difficult aspects of growing up from an immigrant family in America. Thus, building an inclusive brand for everyone that is appreciative of product is his latest mission in forming a collegium, or community of sneaker and fashion lovers.

“For me, it’s on a global scale. It’s footwear and product in-general and including people… We work our hardest for our customers, providing free t-shirts with every pre-order just as a way to say thank you. Or on every (Instagram) live, we have a free give-away. Finding ways to interact with the community, invest in the community because people care about us.” 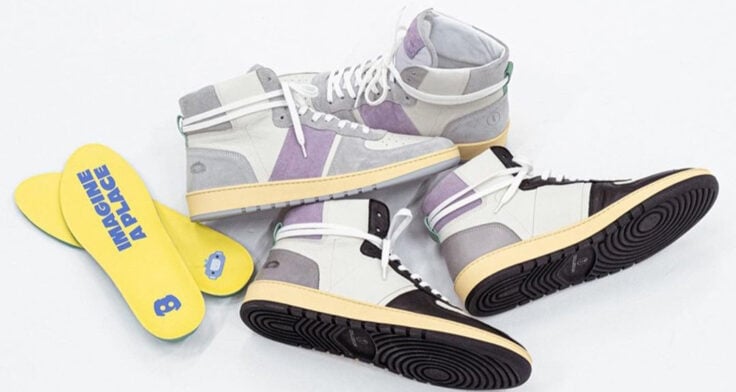 Discord Teams Up with Collegium To Giveaway an Exclusive Collaborative Sneaker 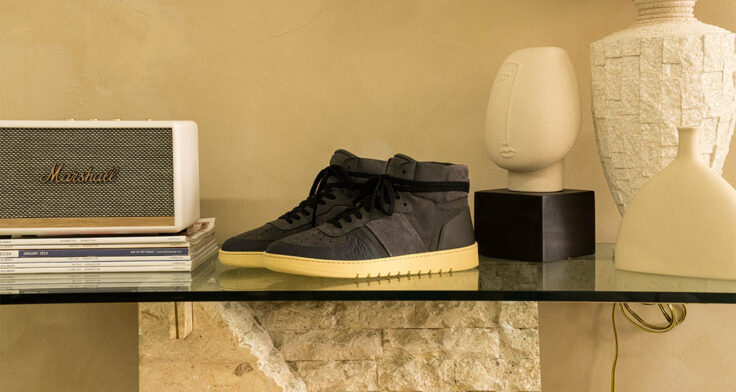 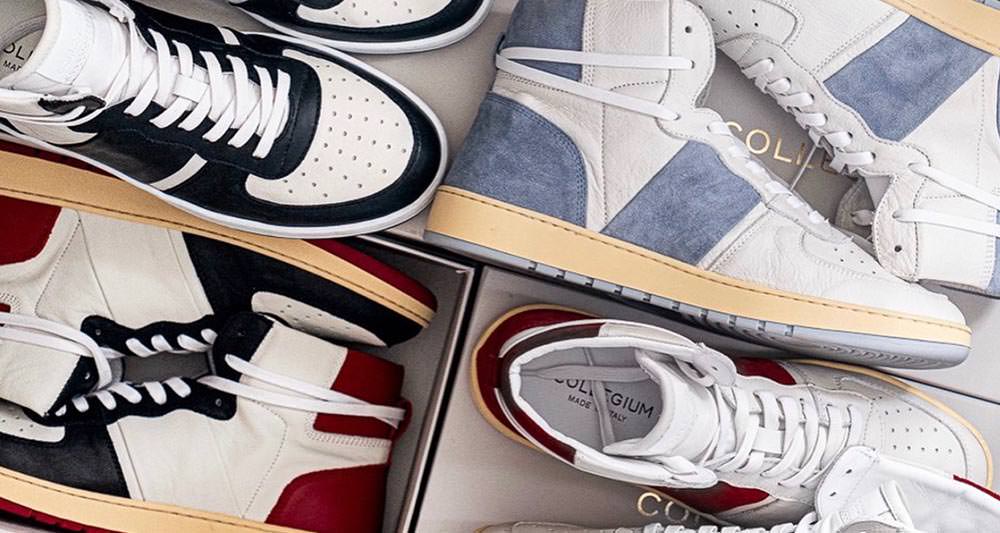