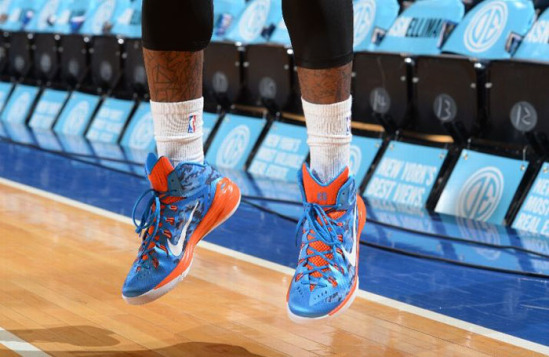 In case you missed today’s edition of Kicks On Court, New York Knicks guard J.R. Smith headlined our column by wearing a special NIKEiD Hyperdunk 2014. In honor of his late grandfather Earl Smith, a veteran of World War II, the iD incorporates blue camouflage on the base and features Smith’s grandfather’s initials on the tongue. As part of the NIKEiD PE Program, you can purchase this exact same creation Smith wore in last night’s game on NIKEiD.com. Check out more photos of Smith’s iD below.