It’s hard to imagine that Ian Connor is much into sneaker nicknames, but he definitely gives a good quote. “I threw a lightning bolt on the Old Skool silhouette basically,” Connor told Hypebeast about his Revenge x Storm sneakers.

Serving as somewhat of an homage to what Nigo did with BAPE, the shoes have seen popularity much the same by gaining traction in markets outside of its home territory and attaining steeze via hip hop and celeb co-sign.

While classic hues have hit the brand’s site and sold out in seconds, a pearly, iridescent pair that first surfaced on Twitter in February is now seen in its full glory. A canvas base bares branding of shiny styling, while “Off the Shits” heel tagging is a topical twist on the brand of inspiration’s famous tagline.

Release details for this pair are unknown at the moment, but one would think they dropped at the Revenge x Storm Pop-Up in Tokoyo as shot by Hypebeast. For the time being, peep ’em below. 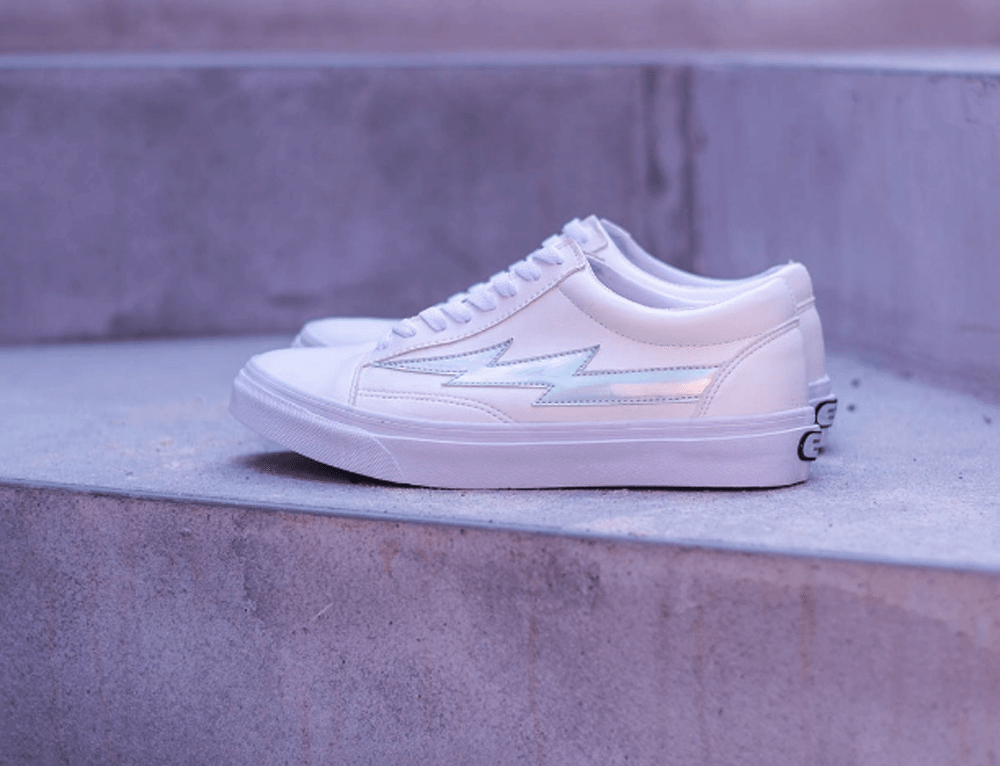 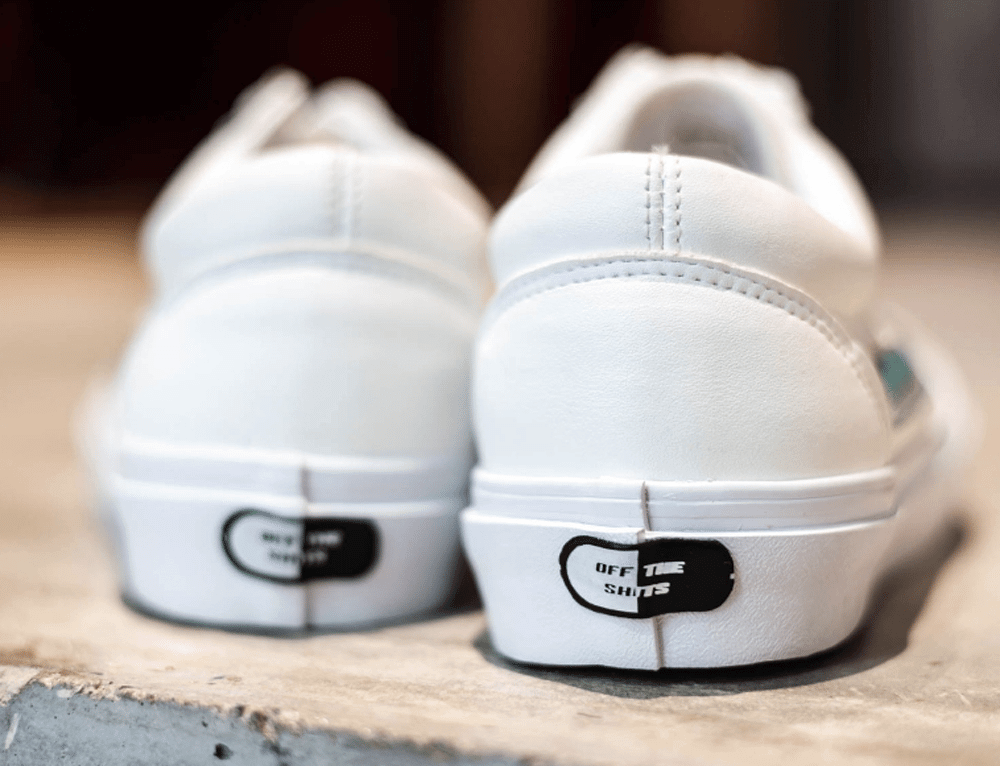