Congregating at Century Bar in chilly Portland, Sneaker Week PDX last night hosted one of its most anticipated events. Bringing in many locals with a love for footwear and even designers from Arizona and writers from Austin, the Swoosh’d and Stripe’d wearers were all in a sports bar on a Tuesday for one reason: to hear Kool Bob Love speak.

Arriving in ASICS, baggy sweats with hoop shorts seemingly underneath and a streetball tee, Bobbito Garcia looked like he could have came right off the screen of his Doin’ It In the Park documentary that just screened before he sat down. Discussing the doc, his love of basketball, footwear and hip-hop, the OG if there ever was one had plenty of interesting things to say via a discussion moderated by Terrence Watson and audience Q&A. We could go on for days, but here are a few of our favorite bits from Bob:

– Bobbito literally created Sneaker Journalism in 1990 with the piece ‘Confessions of a Sneaker Addict’ published in 1991 by The Source. Bob did not pitch this piece, but was rather asked to write it as The Source wanted to expand from album reviews and interviews to all things hip-hop culture. At the time, The Source had boomed from local newsletter to newsstand giant and Bob’s piece was very much a blueprint for the retro wave that would follow decades later, calling out both the classics of the time and the models that needed to be reissued. 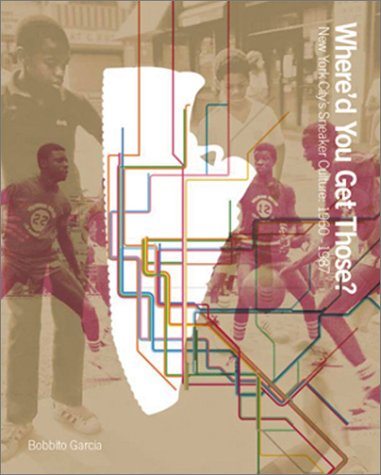 – Bob’s next big move in writing would be the pivotal Where’d You Get Those? book. Much like the article, Bob did not pitch it but was rather asked to write it. While the book got mad love from the likes of Vogue, The New Yorker and countless other outlets, he said the highest praise was when good friend DJ Clark Kent — who was also in attendance — personally called him and had him over to talk about the book. Like his article for The Source, the book proved ahead of its time and a rubric for both brands and wearers as to what was what and also what to bring back.

– When asked his favorite streetball shoe, Bob pointed to two models from the ’80s. First, the Air Force 1 was an incredible shoe to him because it was so technically advanced at the time. The shoe brought Air and extra padding to a blacktop game that was still dominated by the Chuck Taylor with many players wearing multiple pairs of socks with said Converse classic to replicate actual cushioning. His other favorite is the never retroed Nike Franchise, a model that had incredible cache with actual hoopers and less crossover off the court. Basically, if you had the Franchise you could really play.

– Moving to the ’90s, Bob cited the Air Jordan 11 as his favorite model. When the shoe was rolling out, Bob was doing consulting and marketing work with Nike — much of which stemmed from both his article and book. While the Air Jordan 11 would debut in surprise fashion on the feet of Michael Jordan during the 1995 NBA Playoffs and later release the following fall, Bob would get hooked up with a pair from Nike months before the retail launch. Aside from getting asked what they were on courts in NYC, the highlight was talking trash and getting buckets in them on his old boss Russell Simmons at a now defunct hip-hop summit in Miami long before they came out. He’d give the pair to one of the artist he was working with before they dropped, somewhat regretting it but also citing he often gave away shoes and was never a guy to hoard or keep a big collection.

– He never sold out. This may seem like an easy thing to claim, but as pure as this guy’s love for culture is, the proof is in the pudding as he’s left jobs at Nike, Def Jam and Hot 97 for real reasons. That’s pretty rare and that’s a lot of fortitude.

– Bob can currently be caught on NPR as he’s teamed back up with partner Stretch for the new What’s Good radio show. Fun fact? Back on the Stretch & Bob Show they were the first station to play Lauryn Hill. In addition, Bob cites Pharoahe Monch as one of his favorite MCs due to his endurance over multiple decades.

– Lastly, what does Bob say is missing in sneaker culture or what needs to change? That’s for you and I to decide. For a man that’s now 50 and has seen many of his passions go from underground to mainstream, he truly believes it’s for the new crowd to keep it alive and make new things. Couldn’t agree more.

Thanks to the Terrence and the good folks at Sneaker Week PDX for putting on such a cool and culturally unique. Be sure to be on the lookout for Bob’s new movie Rock Rubber 45s coming soon. For a complete calendar of Sneaker Week PDX, click here.