While loud energy colorways once ruled the sneaker space, ‘paint it black’ appears to be the new mantra of the fly and fashionable. Almost always on the market but cooler and more visible than before, the “Triple Black” scheme has proved a winner in recent years with performance and retro models moving in bunches in pitch pantones.

As Jordan Brand prepares to release the Air Jordan 13 “Black Cat” — an homage to both the model’s inspiration and the colorway coined by JB in the mid-2000s — and Concepts relaunches their “Coco” Instapump Fury collab, we take a look back at the best triple-black sneakers from the past fifteen years.

Way before remastered retros, the Air Jordan 1 “Japan” Series sported Nike Air tagging and a high cut. Released overseas in 2001, this hard to get pair packed tough, tumbled leather on the blacked out upper, only contrasted by chrome Wings and Jumpman branding.

Post-Bulls era Jordans can be a tough sell, but the Air Jordan 17 Low Black/Chrome was is hot now and was hot then. Sporting scaly trim and a velour bootie, these were a tough and toned down take for an era of JB that was all about celebrating the GOAT as hoop royalty.

While Professor K, Nightwing and Brian Hinkle will likely tell you that the Alpha Project designed Nike Air Zoom Ultraflight was one of the best on court shoes of its era, the Gary Payton juiced model was also ill aesthetically and its sleekness plays well with today’s trends. Could these work as a retro with the NikeLab treatment?

Most of us are lucky to get a card with some money or ice cream cake for breakfast on our bday. LeBron? He was having Jay Z play his parties when he was navigating his 20s. The Nike Zoom LeBron II “Birthday” brought “Triple Black” to the LeBron line, dropping in limited numbers and sporting subtle but more apparent laser paneling.

Dropping the same year as the “Steel” retros and the “Cherry” retro+, the Air Jordan 10 “Black” may have felt like a close but not quite ringer for the “Shadows” then, but they look pretty good now. Mixing nubuck and leather for quite contrast, these are as tough as they come.

When the “Black Cat” and “Pure Money” retros first hit, all-black and all-white were far from hot. Experimental colorways were starting to gain acceptance on the hue’d front and the icy white steeze had cooled down considerably. Still, it’s hard to imagine a more wearable shoe now from a style standpoint than these “Black Cat” 4s. Who regrets passing on these? This guy right here.

Black suede with black patent leather is typically a fashion faux pas when it comes to kicks. Despite that adage, the Air Jordan 3 “Black Cat” worked. Subtle elephant print trim, matching laces and a glossy midsole make this Chris Lee favorite one of the most demanded retro+ releases.

Said to be inspired by Batman, the holiday launched Nike Zoom LeBron VI “Triple Black” was a Fab Five friendly wear on court but a doable denim wear off of it. Mesh and leather add to toughness and steeze of said shoe in either arena, with carbon fiber hits keeping tech fans happy.

Also aiding Nike in design, 2009 saw Kanye West push the artist collab category to new heights and new price points with his Louis Vuitton line. Still worn by the likes of Puff Daddy and others, the “Black” Jaspers remain a favorite. Truth be told, Big Bro Jay Z  could’ve knock Ye off this list if his LeBron 9 PE hit retail.

Turn the 6 upside down it’s a 9 now? Almost. While the follow up model would also riff of the LeBron VI “Triple Black” ethos, it was the Nike LeBron 8 that best boasted its noir, carbon fiber steeze. Rocking full-length Air Max for the ultimate cushion, these are one King James colorway that has gotten better with age.

Forget about these? We did too. The Nike Air Penny 1 HOH Exclusive from 2011 saw House of Hoops and the Footlocker family stepping outside of genre to use the very topical ripstop fabric of the time. Marble Swoosh and pinstripe tongue were still intact, gaining approval of OGs while still switching up the style.

Letting Anfernee lend his two cents to this list, the “Stealth” Nike Air Foamposite One released during the height of Foam hype. Dropping the same year as the ultra popular “Galaxy” joints, this quiet colorway may be one of the most wearable Ones to ever hit shelves. 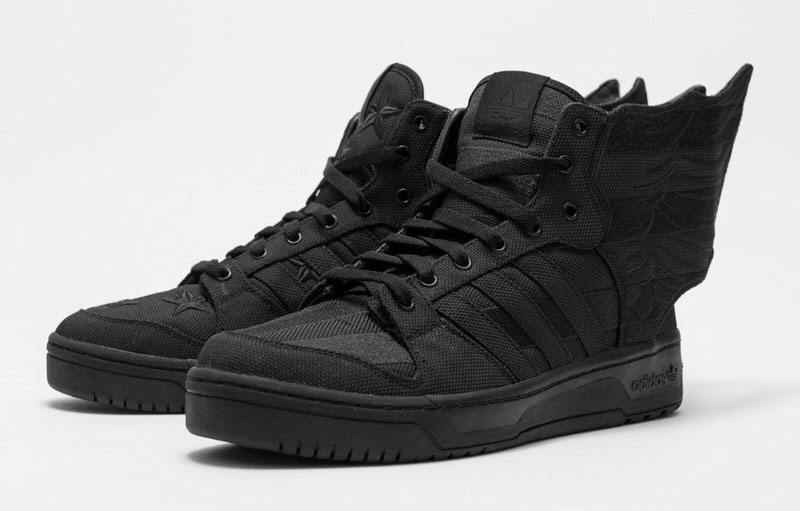 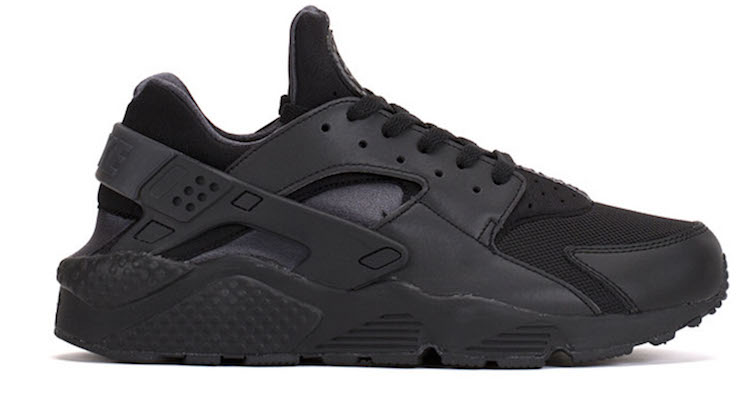 Tinker Hatfield’s Huaraches may have debuted in the ’90s, but they’ve ran the 2010s. Worn by kids half the age of the shoe, this “Reflective Blackout” edition brought a sense of collectible steeze to one of the easiest to rock runners ever made. 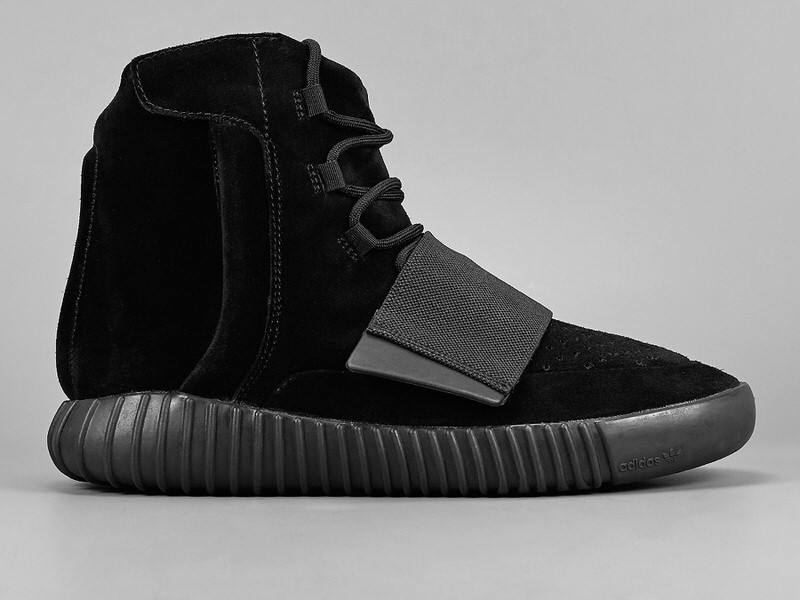 Kanye couldn’t be stopped in 2015. While the Yeezy Boost 750 was roasted upon leaks in February it proved to be the hottest shoe of the holiday season when the “Black” joints dropped in December. While resale value and materials see most Yeezys as fragile, these are likely the most durable shoe he’s ever released. 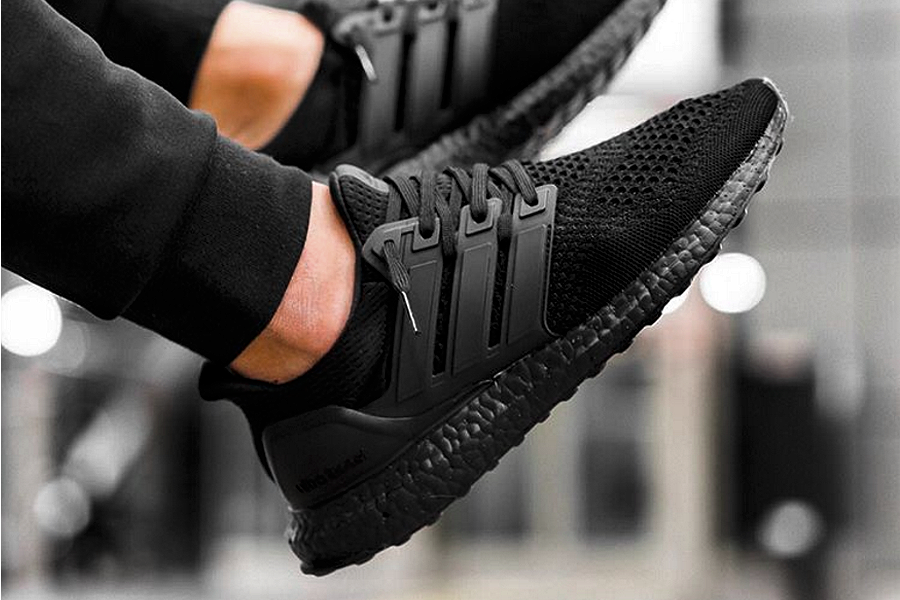 Gone in 60 seconds like Nic Cage and some would also say a National Treasure — you guessed it, like Nic Cage — the adidas Ultra Boost “Triple Black” was an international hit, causing commotion from the adi HQ in Germany to the streets of NYC.

Performance driven but lifestyle approved, the ninja take on the highly regarded runner may be even more highly rated than that of its “Triple White” brethren as it ranks high in both chase appeal and wearability. Will we get a restock in 2017? We sure hope so.