When Jordan Brand celebrated its 30th anniversary back in 2015, among the many commemorative releases that made that year a memorable one was the Air Jordan 4 “Laser” retro. The shoe was, of course, an homage to their similar celebration of the Air Jordan 4 with “Laser” styles in 2005.

Etched to perfection with a style that will forever help define the 1989-produced silhouette, an updated “Laser” 4 is set to release in 2019. 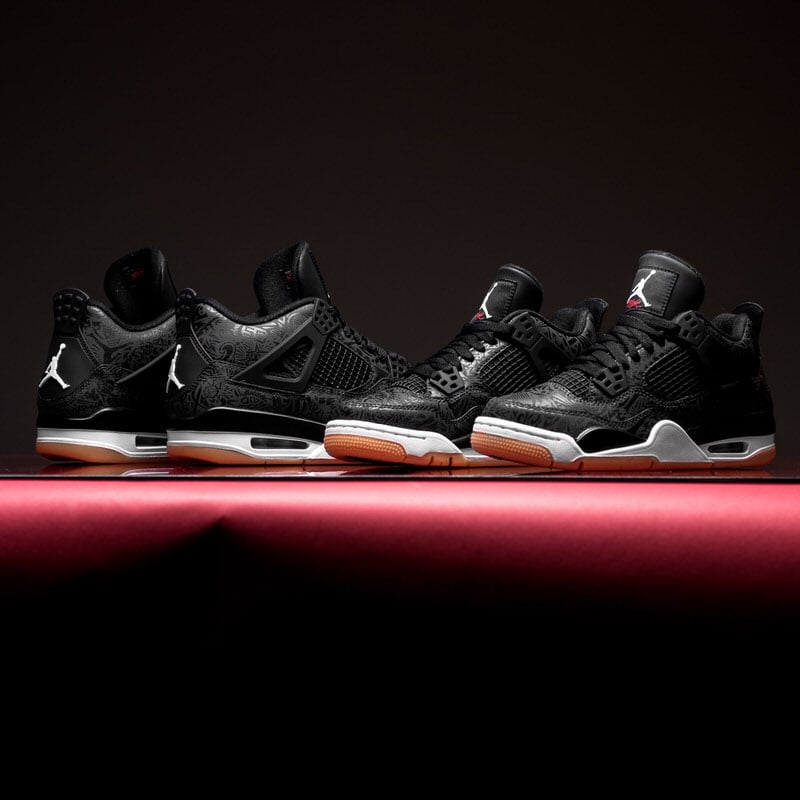 A first look at the feverish black colorway is revealed today, showcasing a modern laser pattern matched with customary white and red Jumpman logo and Flight branding. The all-over laser printing is defined by its many odes to Michael Jordan’s Hall of Fame career, touching on small notes that speak to his legacy.

It’s reported that this new Air Jordan 4 “Black Laser” will release early next year in January. However, Jordan Brand has not yet confirmed those reports.

Update 1/18: Sneaker Politics has revealed a closer look at this weekend’s Air Jordan 4 “Black Laser.” Expect this sneaker on January 19 for $200. 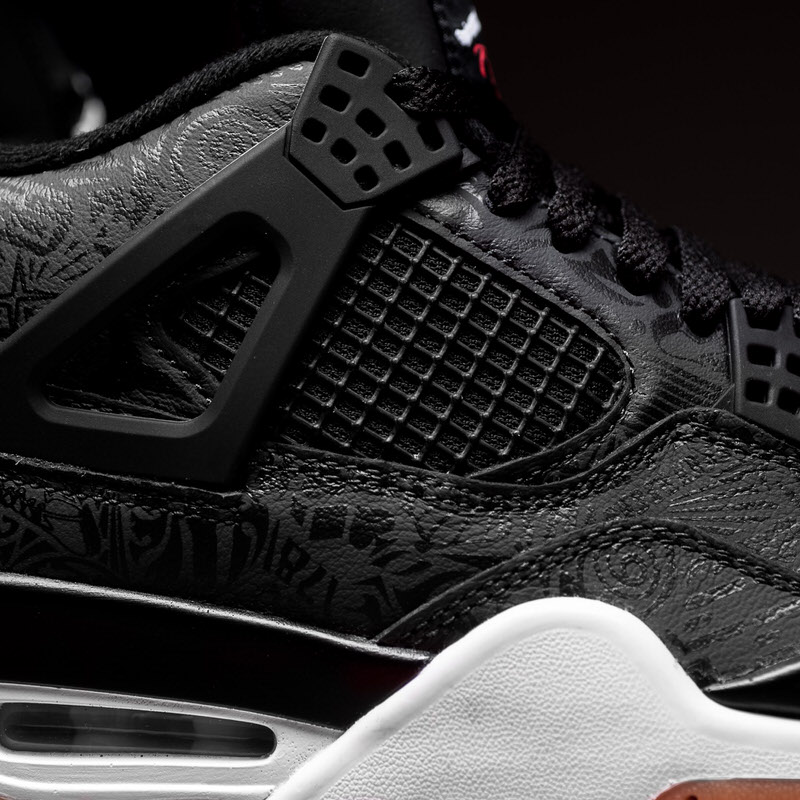 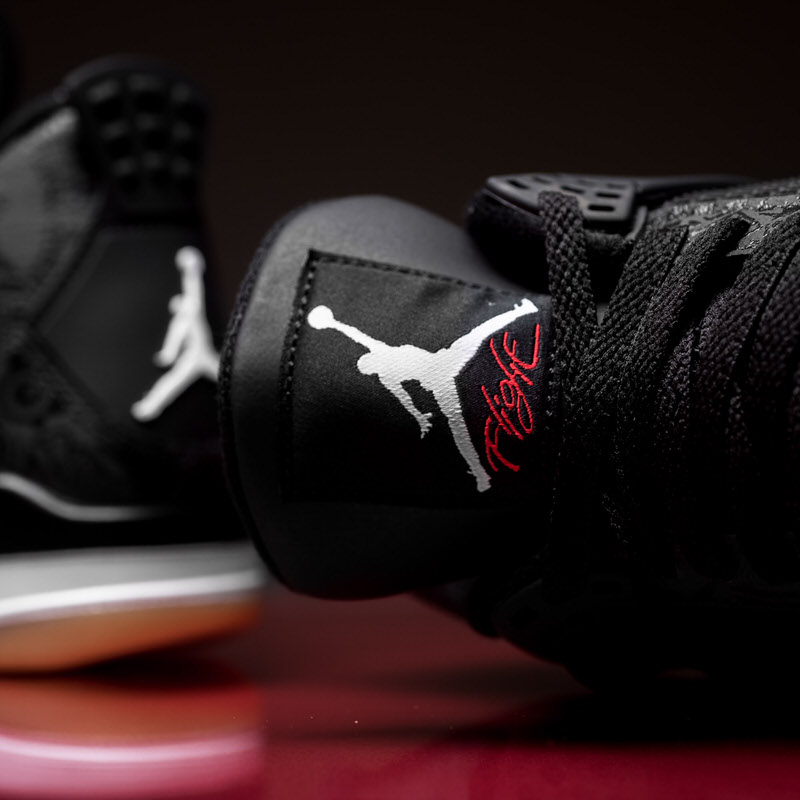 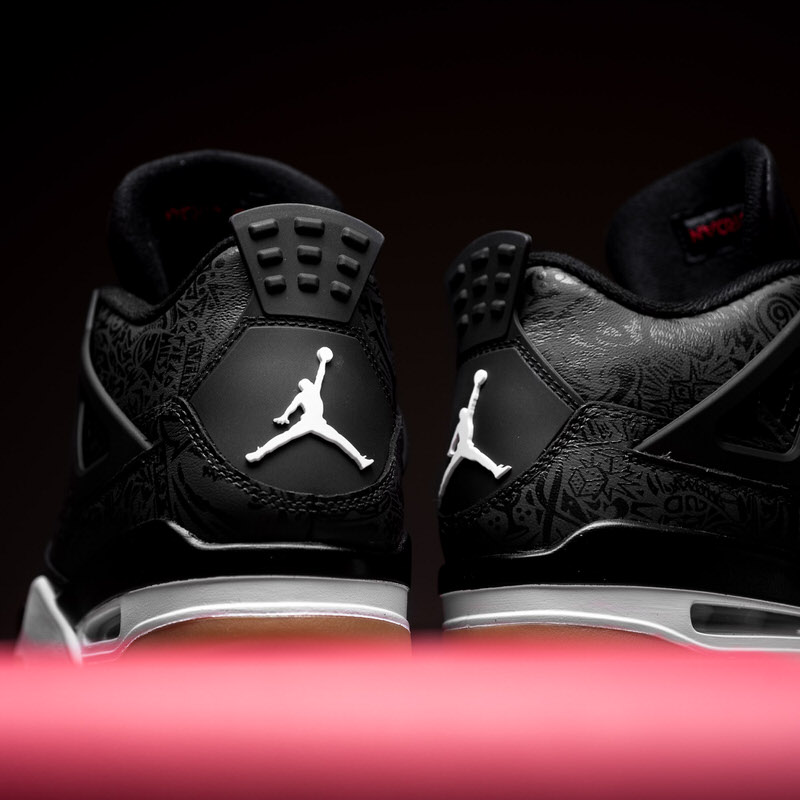 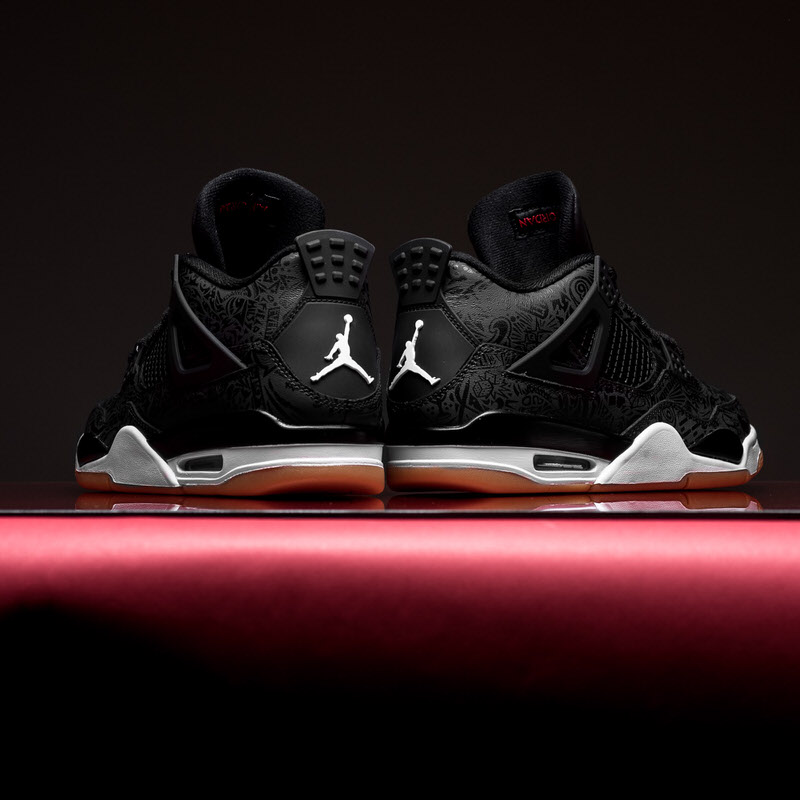